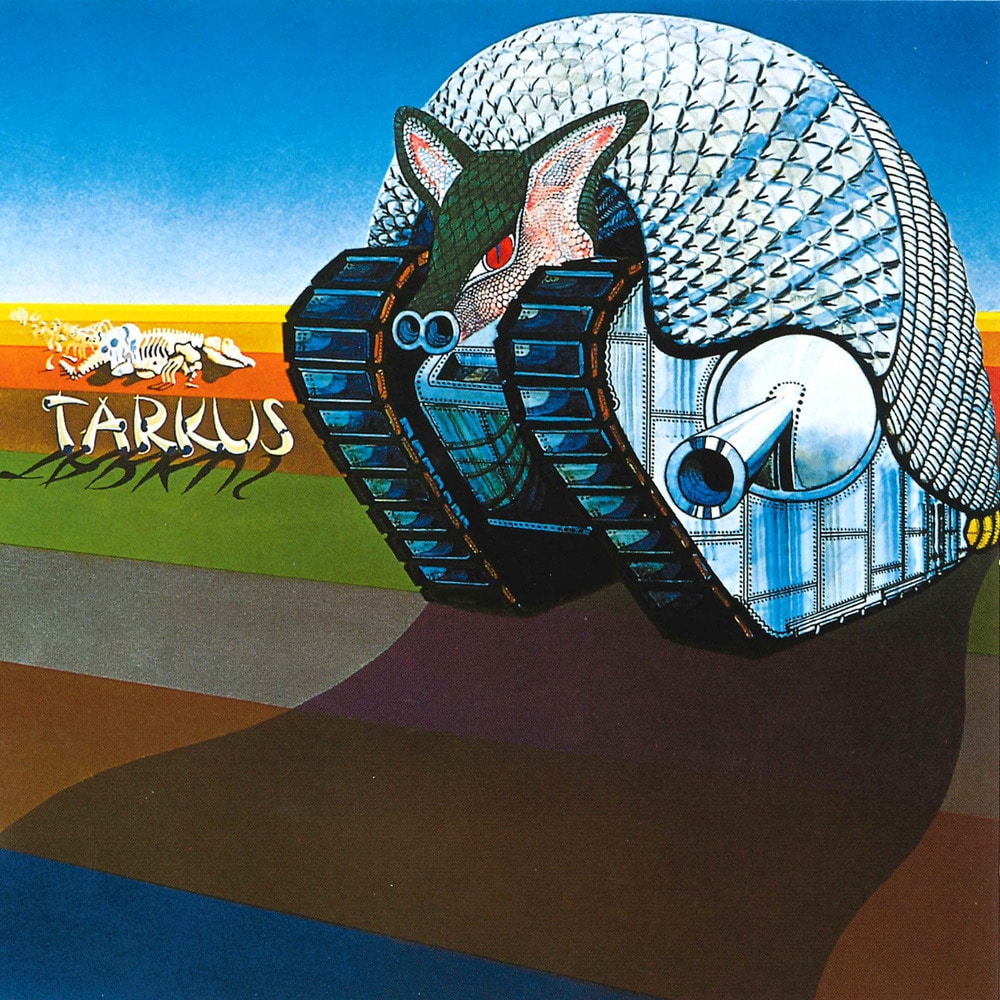 Available in MQA and 96 kHz / 24-bit AIFF, FLAC high resolution audio formats
Tarkus is the second studio album by the English progressive rock band Emerson, Lake & Palmer, released in June 1971 on Island Records. Following their 1970 European tour, the group returned to Advision Studios in London, in January 1971 to prepare material for a new album. The first side is the seven-part "Tarkus", with a collection of shorter tracks on side two. The "Tarkus" suite caused tensions within the band—Lake objected to the music Emerson was developing and nearly left the group over it; one of the band's managers persuaded him to stay. He eventually came to see the work's value, and even contributed the "Battlefield section." "Tarkus" is a suite in seven parts—one of the earliest multipart progressive-rock suites. The recorded version lasts nearly 21 minutes and takes up a full side of the album. The odd-numbered sections are instrumentals, and the even-numbered ones vocal tracks. It is a concept piece whose concept is gleaned not from the music and lyrics alone, but also from the album artwork and the section titles; nevertheless the concept and narrative remain ambiguous and open to interpretation. This 2012 remaster was overseen by Steven Wilson of Porcupine Tree.
96 kHz / 24-bit PCM – BMG Rights Management (UK) Studio Masters