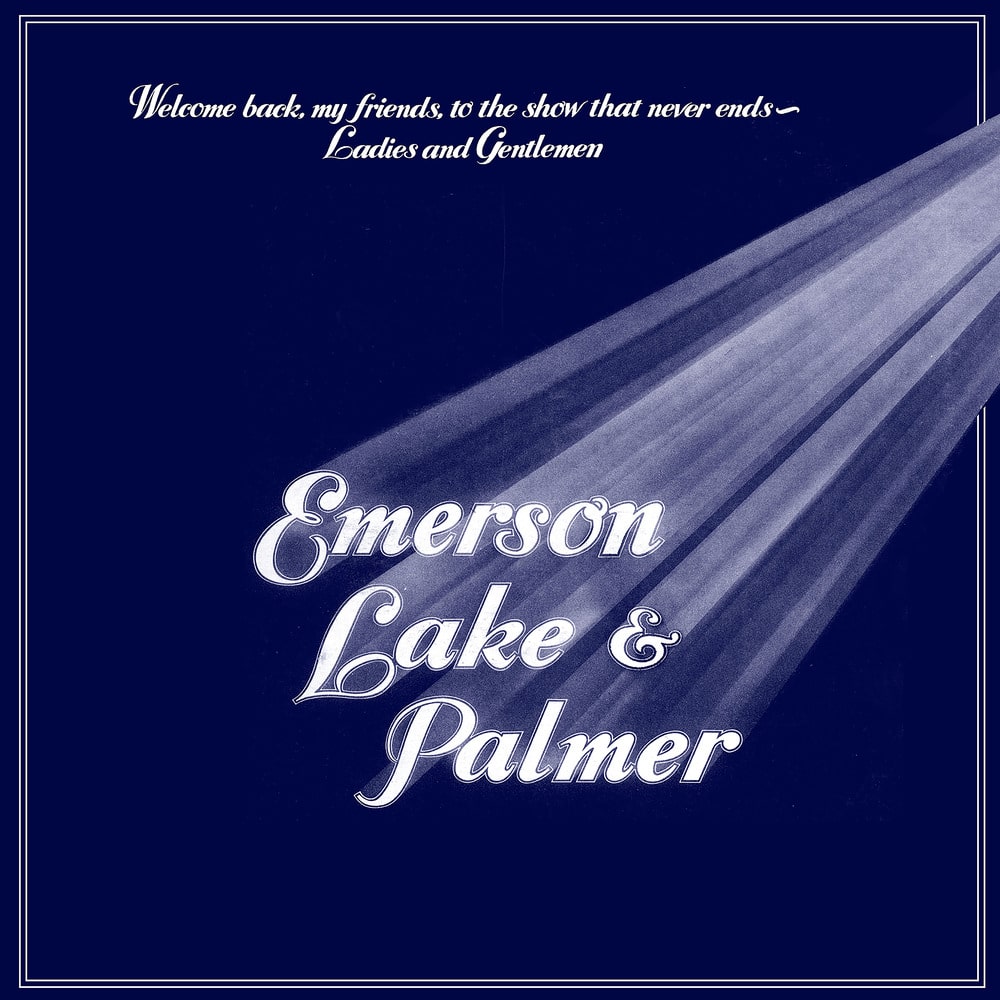 Welcome Back, My Friends, to the Show That Never Ends ~ Ladies and Gentlemen is the second live album by the English progressive rock band Emerson, Lake & Palmer, released as a triple album in August 1974 on Manticore Records. It was recorded in February 1974 at the Anaheim Convention Center in Anaheim, California during the group's 1973–74 world tour in support of their fourth studio album, Brain Salad Surgery (1973).

To record the album, staff and equipment were brought in from Wally Heider Studios in Los Angeles, including a 24-track mobile recording unit and a 40-input console. Peter Granet, one of the engineers, called it "the finest recording experience I've ever had."