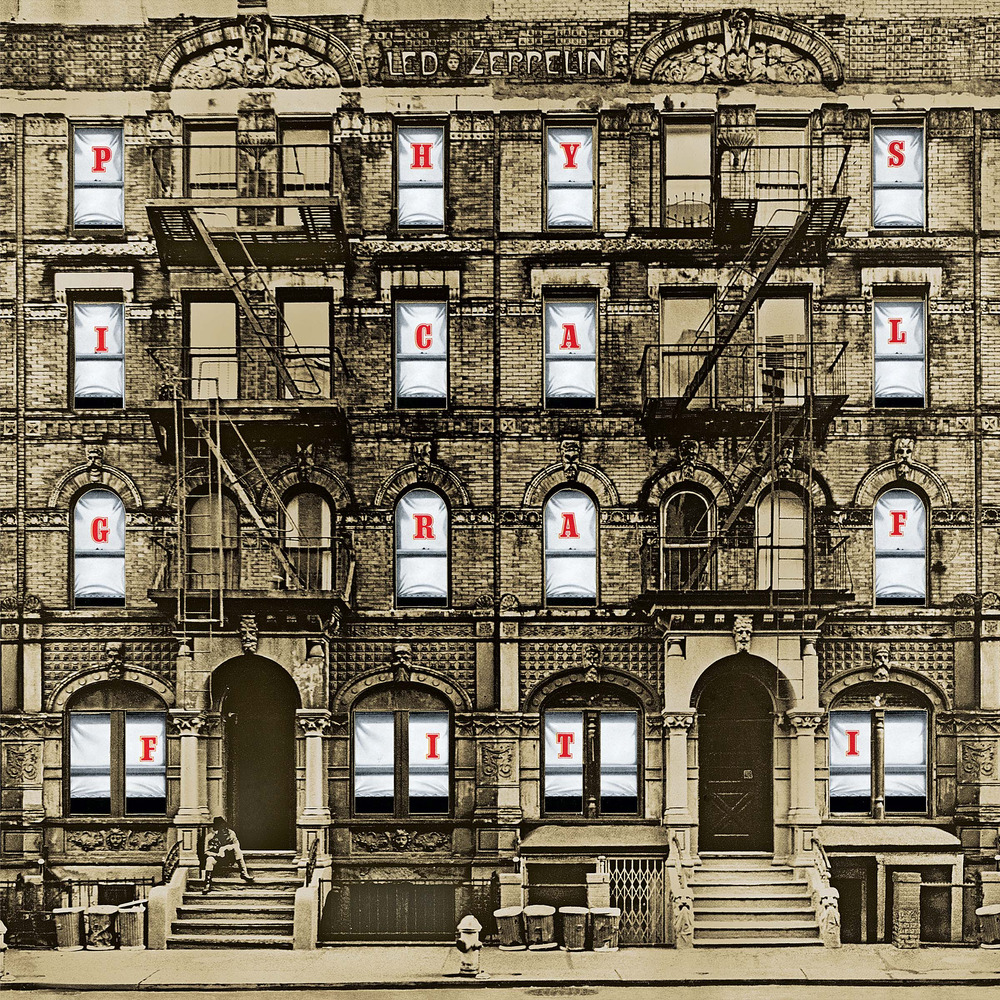 Available in MQA and 96 kHz / 24-bit AIFF, FLAC high resolution audio formats
Physical Graffiti is the sixth studio album by the English rock band Led Zeppelin. It was released as a double album on 24 February 1975 by the group's new record label, Swan Song Records. The band wrote and recorded eight new songs for the album in early 1974 at Headley Grange, a country house in Hampshire, which gave them ample time to improvise arrangements and experiment with recording. The total playing time covered slightly over two sides of an LP (52 minutes) so they decided to expand it into a double by including previously unreleased tracks from the sessions for the earlier albums Led Zeppelin III, Led Zeppelin IV and Houses of the Holy. The album covered a range of styles including hard rock, progressive rock, rock 'n' roll and folk. The album was then mixed over summer 1974 and planned for an end-of year release. It was delayed because of the sleeve, which was designed by Peter Corriston and featured a theme around a tenement block in Manhattan, New York.
96 kHz / 24-bit PCM – Atlantic Records Studio Masters