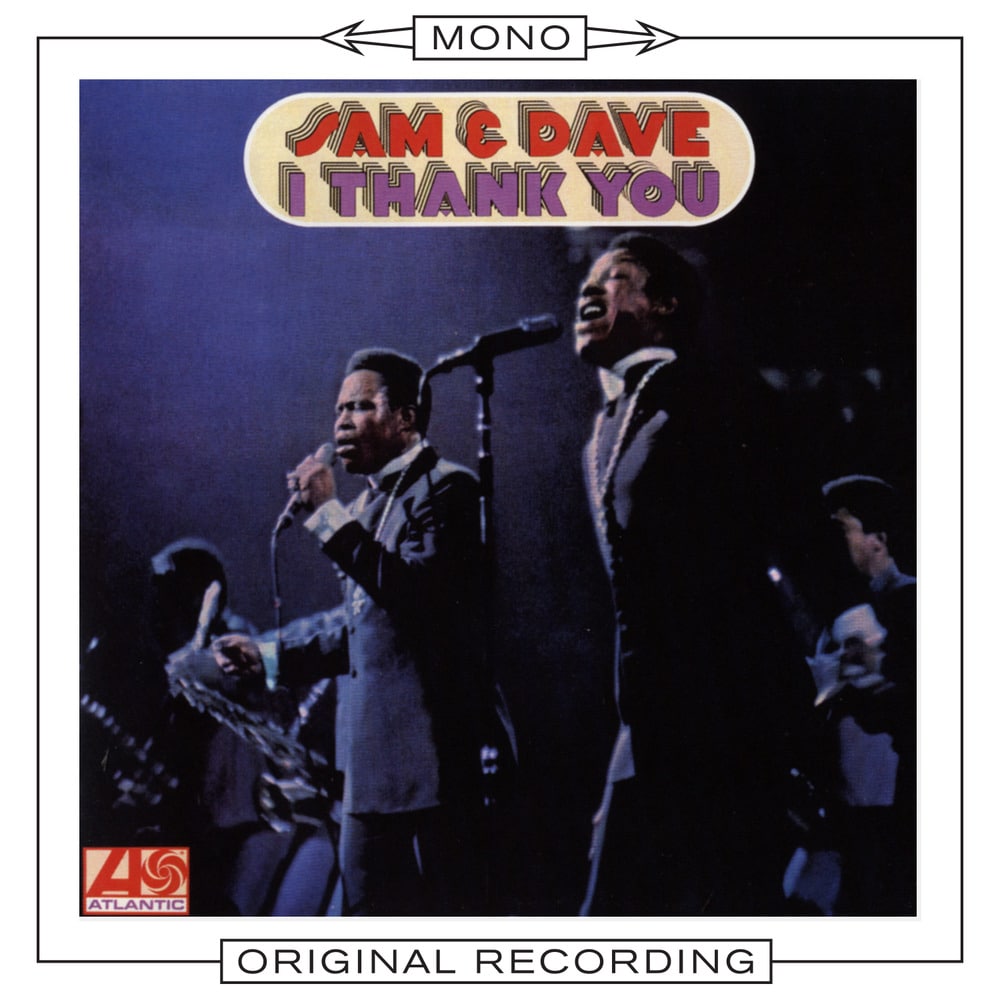 I Thank You (Mono)

Available in MQA and 192 kHz / 24-bit, 96 kHz / 24-bit AIFF, FLAC high resolution audio formats
Sam Moore and Dave Prater had been a hot commodity in the world of rhythm and blues since Hold On, I’m Comin’, their 1966 debut album on Stax Records, which they took to the top of the Billboard R&B Charts, but it was their third studio effort, 1967’s Soul Men, that served as their full-fledged mainstream breakthrough, hitting #2 on the Billboard Top 200. As such, one might’ve expected I Thank You, which was the duo’s Atlantic Records debut, to build on that success, possibly even providing them Sam & Dave with their first chart-topper, but it was not to be: the album didn’t crack the charts. Over time, though, there’s no doubt that I Thank You has come to be viewed as a great album through and through. In addition to the title track, other memorable moments come courtesy of the duo’s cover of Otis Redding’s “These Arms of Mine,” further contributions from Isaac Hayes and David Porter (“If I Didn’t Have a Girl Like You,” “Talk to the Man,” “Don’t Waste That Love,” and “Love is After Me,” which the duo wrote with Steve Cropper), and, to close things out, a cover of “That Lucky Old Sun (Just Rolls Around Heaven All Day).” Oh, and we almost forgot: although they never released their version as a single, the guys kick some serious ass on “Ain’t That a Lot of Love.” You can’t go wrong with a Sam & Dave greatest-hits collection, but if you give I Thank You a spin, you’ll find a studio album that’s just as enduring.
192 kHz / 24-bit, 96 kHz / 24-bit PCM – Rhino Atlantic Studio Masters