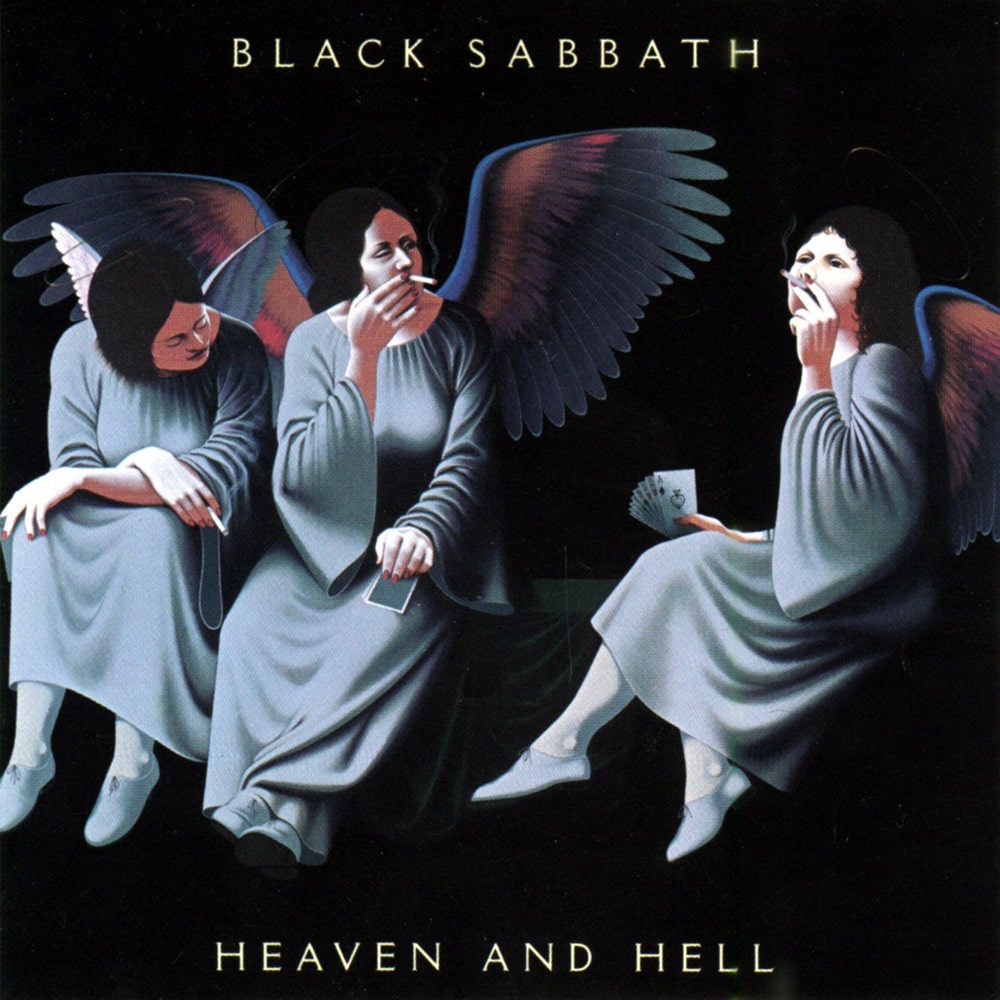 Available in MQA and 192 kHz / 24-bit, 96 kHz / 24-bit AIFF, FLAC high resolution audio formats
Heaven and Hell is the ninth studio album by English rock band Black Sabbath, released on 25 April 1980. It is the first Black Sabbath album to feature vocalist Ronnie James Dio, who replaced original vocalist Ozzy Osbourne in 1979. Produced by Martin Birch, the album was a commercial success – in the band's native country, it sold well enough to be certified silver by the British Phonographic Industry in April 1982. The initial sessions for what became the Heaven and Hell album actually began with Ozzy Osbourne after Black Sabbath's Never Say Die! Tour, when the band moved to Los Angeles for eleven months in an attempt to record a new album, a process that guitarist Tony Iommi described in his autobiography as a "highly frustrating, never-ending process". In his own autobiography, Osbourne states that he had become fed up with the experimentation on the band's previous albums Technical Ecstasy and Never Say Die!, preferring the band's earlier, heavier sound, but also admits "it was clear they'd had enough of my insane behaviour". In his memoir, Iommi revealed that he still has a tape featuring Osbourne singing an early version of what would become the song "Children of the Sea" with a different lyric and a totally different vocal melody. Ronnie James Dio was first introduced to Iommi in 1979 by Sharon Arden, who would later marry the band's then-recently fired vocalist Osbourne. Initially, Dio and Iommi discussed forming a new band, rather than a continuation of Black Sabbath. The pair met again by chance at The Rainbow on Sunset Strip in Los Angeles later that year. Both men were in similar situations, as Dio was seeking a new project and Iommi required a vocalist. Said Dio of the encounter, "It must have been fate, because we connected so instantly." The pair kept in touch via telephone, until Dio arrived at Iommi's Los Angeles house for a relaxed, getting-to-know-you jam session. On that first day, the duo finished the song "Children of the Sea", a song Iommi had abandoned prior to Osbourne's firing.
192 kHz / 24-bit, 96 kHz / 24-bit PCM – Rhino/Warner Records Studio Masters