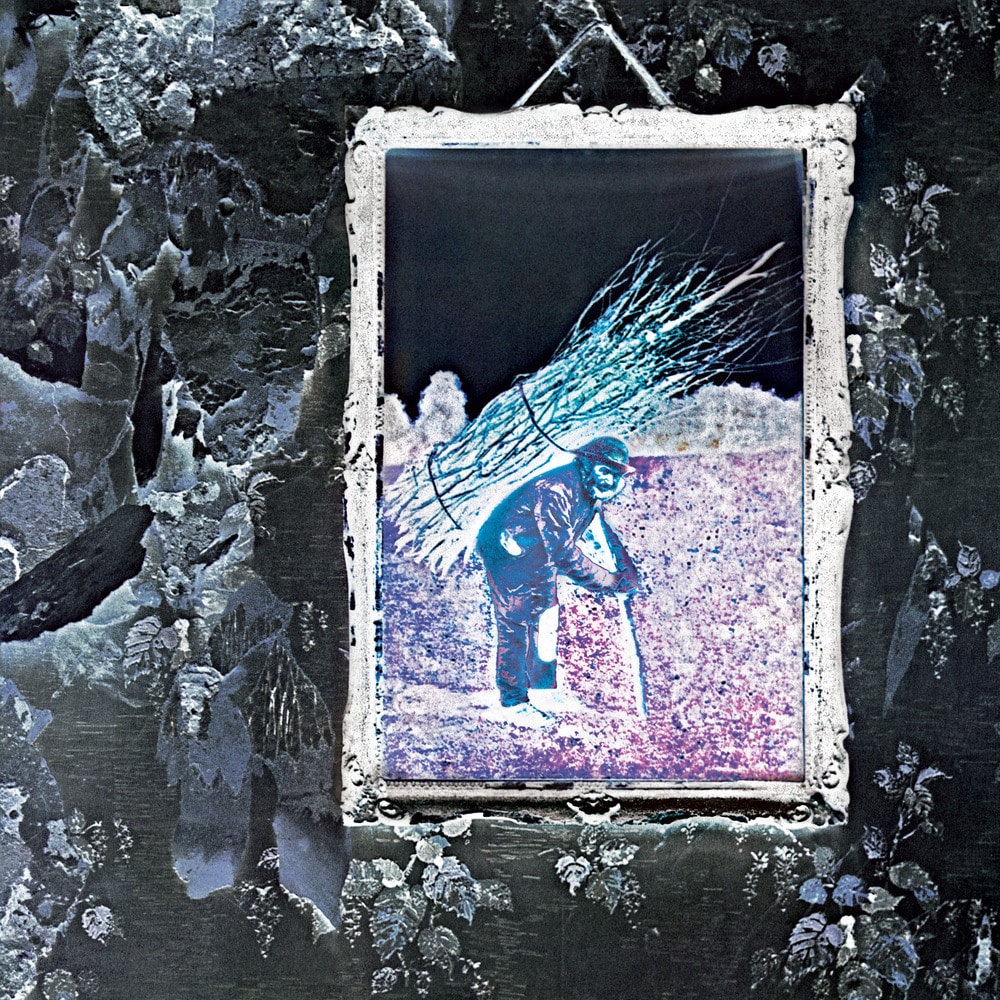 Available in MQA and 96 kHz / 24-bit AIFF, FLAC high resolution audio formats
The untitled fourth studio album by the English rock band Led Zeppelin, commonly known as Led Zeppelin IV, was released on 8 November 1971 by Atlantic Records. It was produced by guitarist Jimmy Page and recorded between December 1970 and February 1971, mostly in the country house Headley Grange. The album contains one of the band's best known songs, "Stairway to Heaven". The informal setting at Headley Grange inspired the band, and allowed them to try different arrangements of material and create songs in a variety of styles. After the band's previous album Led Zeppelin III received lukewarm reviews from critics, they decided their fourth album would officially be untitled, and would be represented instead by four symbols chosen by each band member, without featuring the name or any other details on the cover. Unlike the prior two albums, the band was joined by some guest musicians. Joining Robert Plant (vocals), Jimmy Page (guitar), John Paul Jones (bass, multi-instrumentalist), and John Bonham (drums) were Fairport Convention vocalist Sandy Denny on "The Battle of Evermore", and Rolling Stones pianist Ian Stewart on "Rock and Roll". As with prior albums, most of the material was written by the band, though there was one cover song, a hard rock re-interpretation of the Memphis Minnie blues song "When the Levee Breaks". The Deluxe Edition contains the original Led Zeppelin studio album remastered from the original analog tapes. Along with the remastered album, there is a companion disc, consisting of previously unreleased audio tracks and alternate mixes of released tracks. Many of these are described as work-in-progress or alternate mixes made during the original production rather than new remixes generated to highlight discarded recording elements (as did the remixes made for The Beatles Anthology). The differences between each track are listed below (from viewpoint of the Deluxe Edition tracks): "Black Dog" – Single vocal track, no solo guitar track, fade out sooner. "Rock and Roll" – Fewer overdubs, slightly less reverb. "The Battle of Evermore" – No vocals, bridge in standard track becomes the outro. "Stairway to Heaven" – The flute track does not cross over into the middle section, the F-A-C-E-D-C riff guitar track is played directly after the solo as opposed to a few lines after. There are no harmony vocals in the last verse. "Misty Mountain Hop" – Track extends a few more seconds "Four Sticks" – Beginning of track includes a count-in of "1-2-3-4-5-6-1-2-3-1", cuts off earlier. Also see version below in Coda (Deluxe Edition) titled "Four Hands". "Going to California" – No vocals. "When the Levee Breaks" – One harmonica track removed.
96 kHz / 24-bit PCM – Atlantic Records Studio Masters