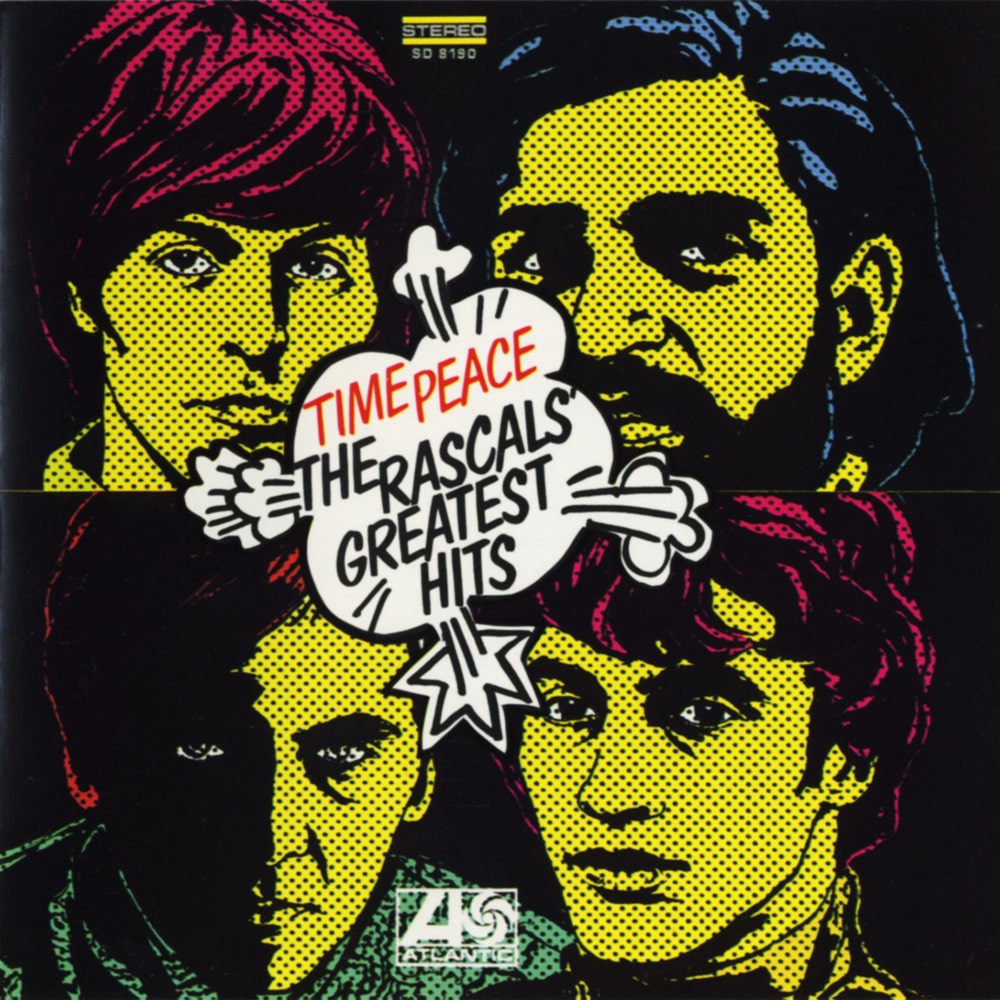 Bursting on the scene initially as The Young Rascals, the band's performances were the talk of the town turning them into a very successful live act. With their legendary massive concert tours, and of course an amazing string of number one singles and hit albums, The Rascals to this day are still revered and loved by their continual growing legion of fans worldwide. After delivering a plethora of hits in rapid succession for Atlantic Records, the label honored the hugely popular quartet with this best of album cleverly titled Time Peace: The Rascals Greatest Hits.

The album is the only such compilation released during the group's active career. Although billed to their later name, most of the material came from when the group was known as the Young Rascals. It contains all their singles through 1968's earlier "A Beautiful Morning", as well as some of their R&B treatments from early in their career.
192 kHz / 24-bit, 96 kHz / 24-bit PCM – Rhino Atlantic Studio Masters