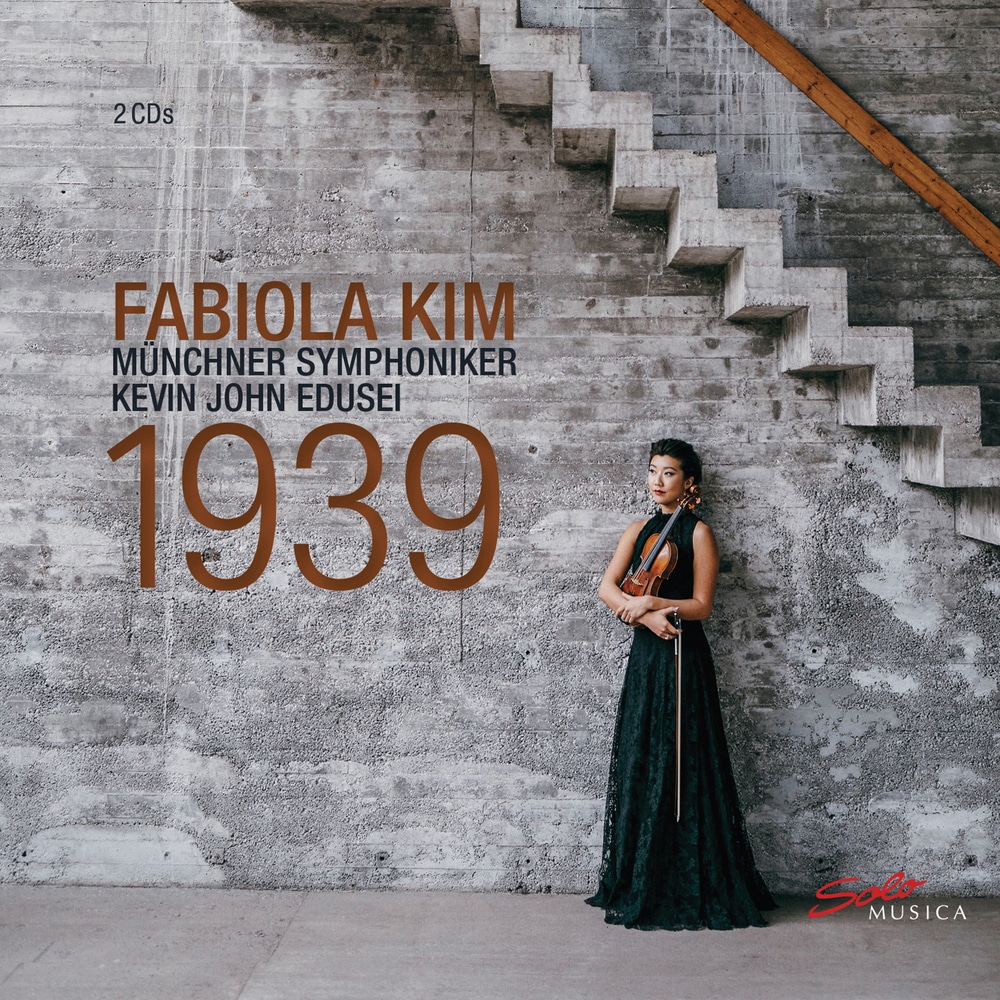 Available in 192 kHz / 24-bit, 96 kHz / 24-bit AIFF, FLAC high resolution audio formats
"1939" - Europe on the eve of Armageddon. Some still do not want to believe that it will happen, some guessed it and some are fatalistic or even euphoric. Nowadays, barely a little over 70 years later, hardly anybody in the younger generation can imagine that such a catastrophe is possible or could be possible again. On the basis of three violin concertos by Bartók, Hartmann and Walton, which were created that same year, these moods of the various composers should be audible on an album with the Munich Symphony Orchestra acting as a kind of time machine. Hailed by the New York Times as “a brilliant soloist,” with "extraordinary precision and luminosity,” violinist Fabiola Kim is one of the most dynamic players of her generation with a wide variety of repertoire from classical to contemporary music. Fabiola Kim is the winner of various awards and competitions, including the Seoul Philharmonic Orchestra’s Concerto Competition as the youngest competitor in the history of the competition to win. Since then, she has won the Aspen Music Festival Violin Concerto Competition, Livingston Symphony Orchestra Young Artists Concerto Competition, the Kumho Prodigy Music Award, an award given to the most promising young musicians in Korea, and she was a prize winner at Corpus Christi International Competition and the Irving M. Klein International Competition for Strings.
192 kHz / 24-bit, 96 kHz / 24-bit PCM – Solo Musica Studio Masters