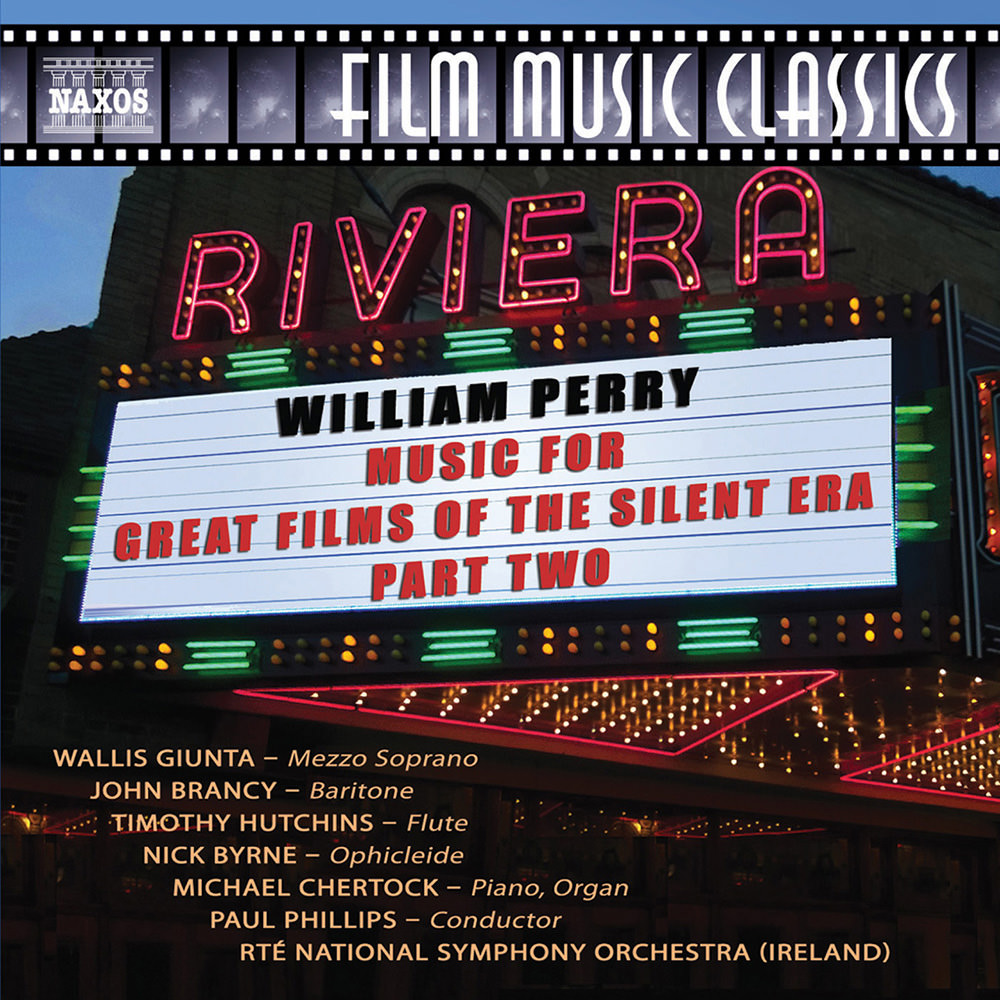 Composer and producer William Perry has played a major role in the revival of interest in silent films, both through his more than 100 silent film scores and through his Emmy Award-winning television series, The Silent Years, hosted by Orson Welles and Lillian Gish. This is the second volume dedicated to Perry's film music and offers a further view of his colourful and exuberant writing, including his new Silent Film Heroines song suite for mezzo-soprano and orchestra, celebrating eight legendary actresses of the silent cinema. Perry’s supremely melodic sense of period and style captures perfectly the romance, grandeur and humour of those entertaining days. This album includes several world premiere recordings.
96 kHz / 24-bit PCM – Naxos Studio Masters