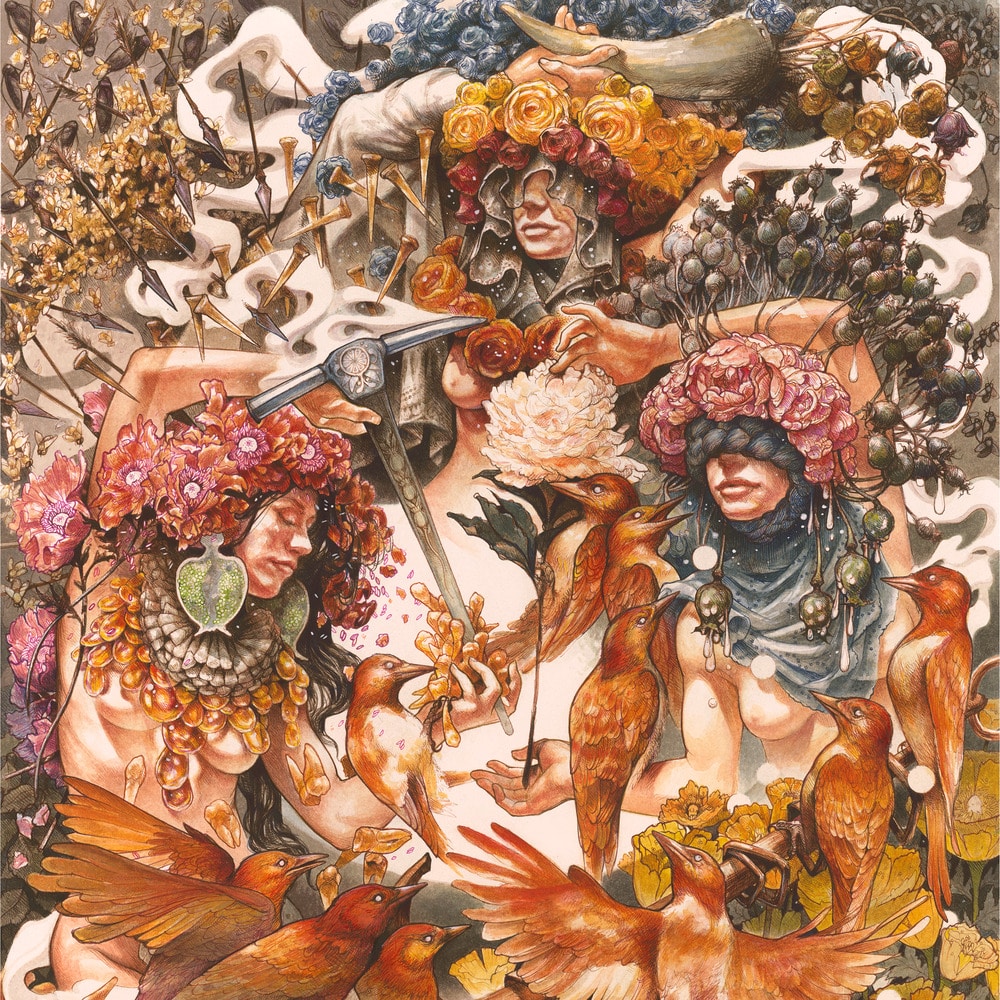 Available in MQA and 96 kHz / 24-bit AIFF, FLAC high resolution audio formats
"After 16 years of hard rock evolution, Baroness, now more than ever, sounds fascinated with the possibility of rock and roll's future [...] In the course of the record's expansive 17 songs, the band members explore a palette of emotions and sonic ideas as varied as the numerous shades a painter can create with just two component colors." - NPR Baroness release their eagerly-awaited new album Gold and Grey via Abraxan Hymns. While Gold and Grey found the band once again working with Purple producer Dave Fridmann (The Flaming Lips, Mogwai), sequestering themselves at Fridmann’s remote upstate New York Tarbox Road Studio. The 17-track album ushered in two significant changes: a decidedly different recording process and guitar player Gina Gleason’s debut on a Baroness recording. The band, who tracked portions of the vocals, guitars and overdubs in Baizley’s home-basement studio, another first for them, eschewed their normal routine of entering the studio with meticulously detailed plans and instead opted for a looser, more improvisational approach that resulted in their most collaborative and emotionally evocative release to date.
96 kHz / 24-bit PCM – Abraxan Hymns Studio Masters