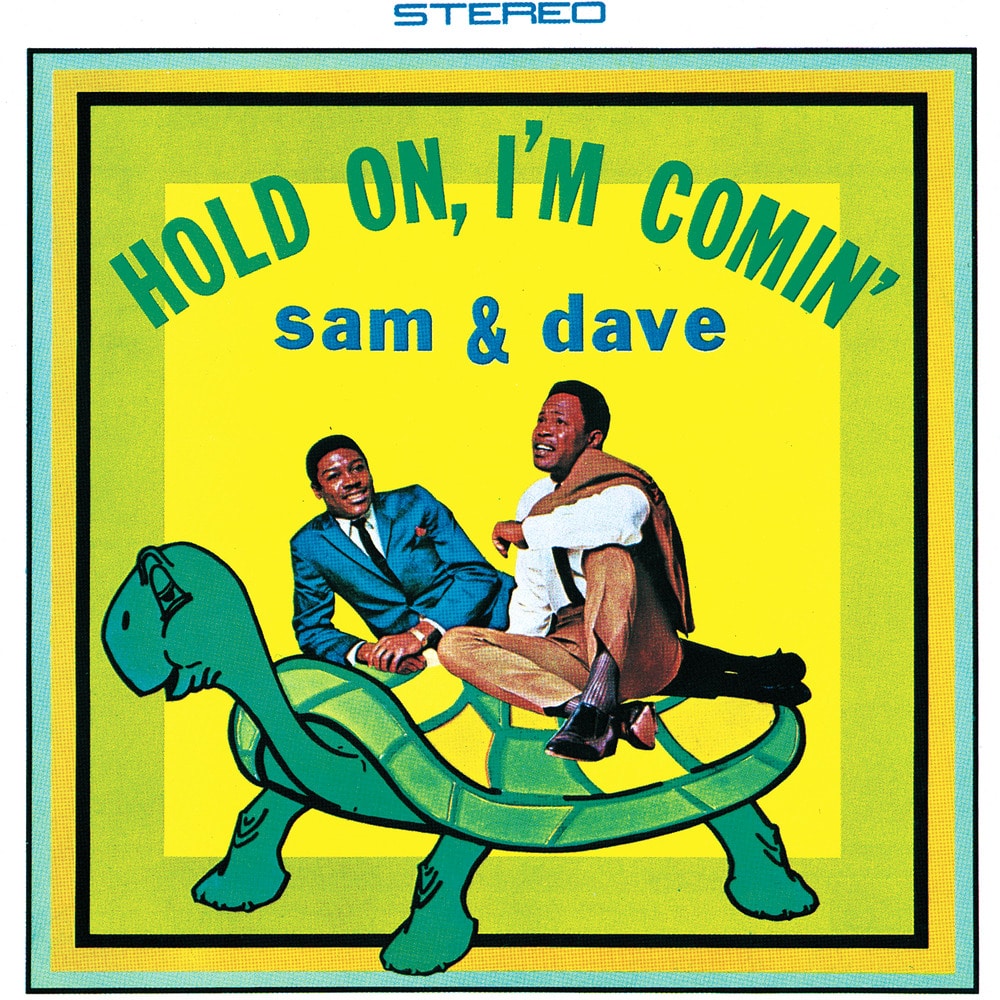 Available in MQA and 192 kHz / 24-bit, 96 kHz / 24-bit AIFF, FLAC high resolution audio formats
Hold On, I'm Comin' is the 1966 debut album by Atlantic Records soul duo Sam & Dave, issued on the Atlantic-distributed Stax label in 1966. According to Steve Cropper, lead guitarist for Booker T and the MG's, the Stax Recording Studio played a key role in the creation of the title track, Hold on, I'm Comin'. Stax Records was an old Movie Theater located at 926 East McLemore Avenue in Memphis, Tennessee. The men's restroom in the theater-turned studio had tile walls and tile floors. To produce reverb and echo a speaker from the studio was placed in the men's room to pipe the sound into the men's room; and a microphone was placed in the men's room to return the sound back to the recording studio. This arrangement produced both the reverb and echo heard on Stax Records. The title song was written by Isaac Hayes and David Porter. They had been working for a while when Porter went to the restroom. Hayes grew impatient and yelled for Porter to get back to the writing session. Porter replied: “Hold on, I’m comin’.” They both recognized the sexual overtone and completed the song within an hour.
192 kHz / 24-bit, 96 kHz / 24-bit PCM – Rhino Atlantic Studio Masters