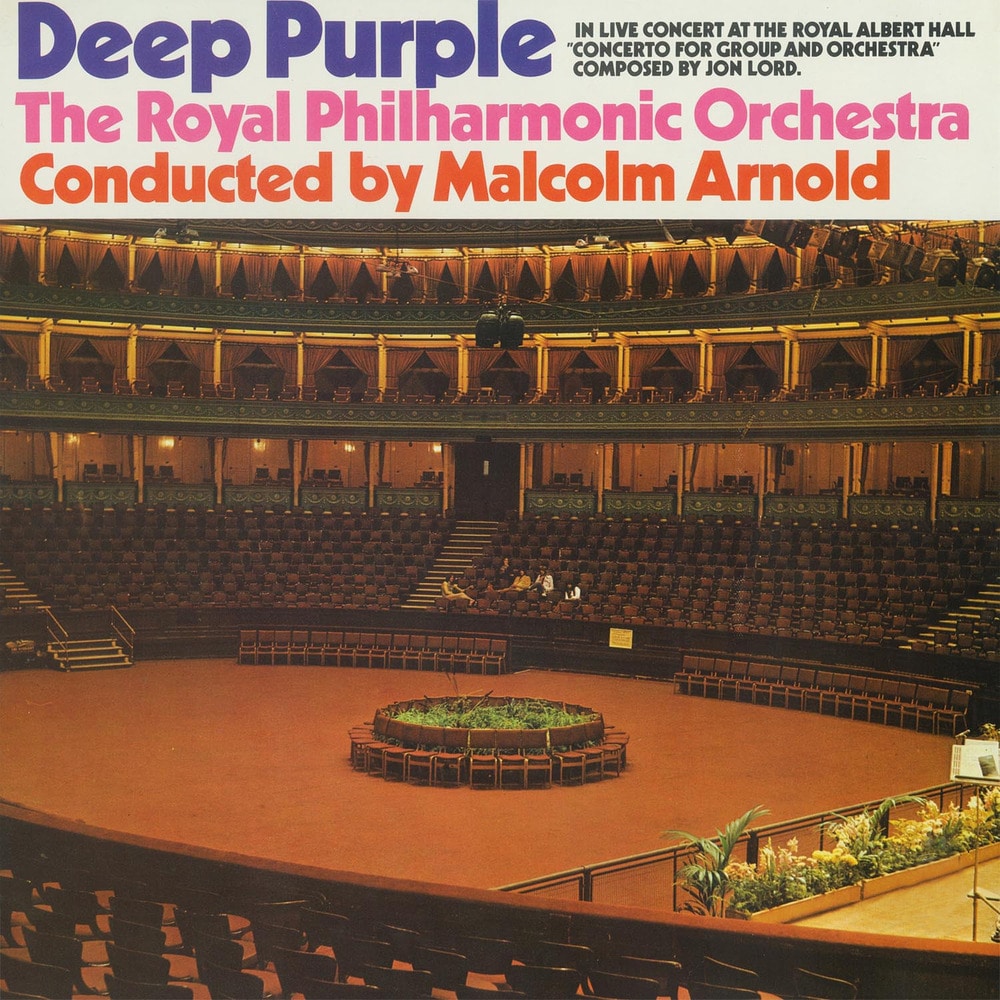 Concerto For Group And Orchestra

Available in MQA and 192 kHz / 24-bit, 96 kHz / 24-bit AIFF, FLAC high resolution audio formats
The Concerto for Group and Orchestra is a concerto composed by Jon Lord, with lyrics written by Ian Gillan. It was first performed by Deep Purple and The Royal Philharmonic Orchestra conducted by Malcolm Arnold on 24 September 1969 and released on vinyl in December 1969. After the score was lost in 1970, it was performed again in 1999 with a recreated score. The 1969 performance was the first ever combination of rock music and a complete orchestra and paved the way for other rock/orchestra performances such as Metallica's S&M concert and Roger Waters's The Wall – Live in Berlin performance. The Concerto for Group and Orchestra is split into three movements: - First movement (Moderato – Allegro). After an extended orchestral introduction, the group and orchestra work as separate blocks, trying to get dominance over the main theme and working as antagonists to each other. There are cadenzas for electric guitar and clarinet. - Second movement (Andante), with lyrics sung by Ian Gillan. This movement is based around two tunes that are played in various different arrangements by the orchestra and the group, individually and together. After a combined pop / blues version of the second tune, there is an organ cadenza followed by a quiet ending by the orchestra. - Third movement (Vivace – Presto). Apart from Ian Paice's drum solo, the music combines the orchestra and group together in a "free for all". The movement alternates between 6/8 and 2/4 time signatures.
192 kHz / 24-bit, 96 kHz / 24-bit PCM – Rhino/Warner Bros. Studio Masters