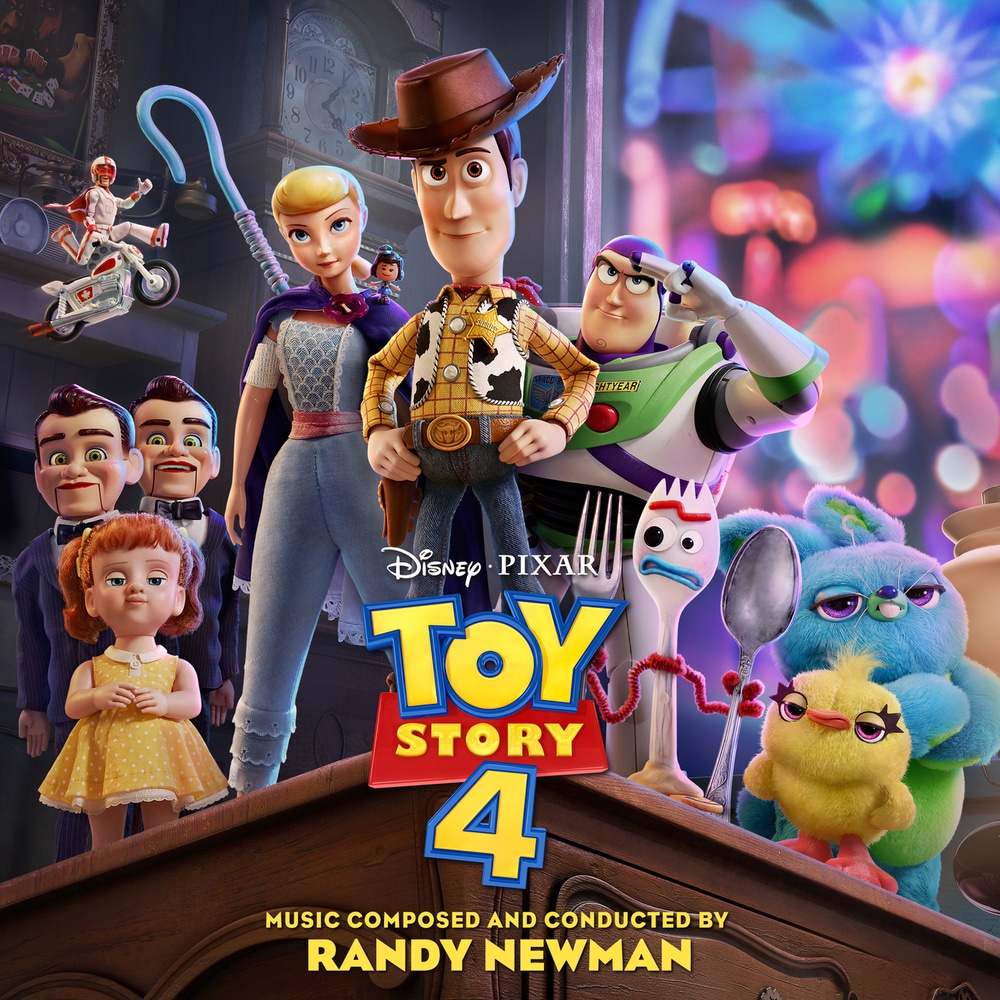 Woody, Buzz and the gang return in the highly anticipated Disney and Pixar animated film, Toy Story 4. Accompanying the film is Walt Disney Records’ soundtrack album, which reunites the Toy Story franchise with the Academy Award®-winning composer and songwriter Randy Newman. The soundtrack features two new songs “I Can’t Let You Throw Yourself Away” and “The Ballad of the Lonesome Cowboy.”

The Toy Story films are beloved worldwide for their compelling characters, extraordinary storytelling, stunning visuals and the music of Randy Newman. The composer and songwriter is behind signature songs like “You’ve Got a Friend in Me”, “Strange Things”, “When She Loved Me” and “We Belong Together”, the last of which earned him an Academy Award® for best original song in 2010. “His music defines these movies,” said director Josh Cooley, “I can’t imagine making a fourth one without Randy Newman.”

“I have great affection for the films, and it was good to be back in that world again. Important things are happening to people we love. There’s plenty of action, but there’s a lot of deeper stuff. This picture had a lot of opportunity to do things of some depth emotionally—but not overdo it.”
- Randy Newman
96 kHz / 24-bit PCM – Walt Disney Records Studio Masters