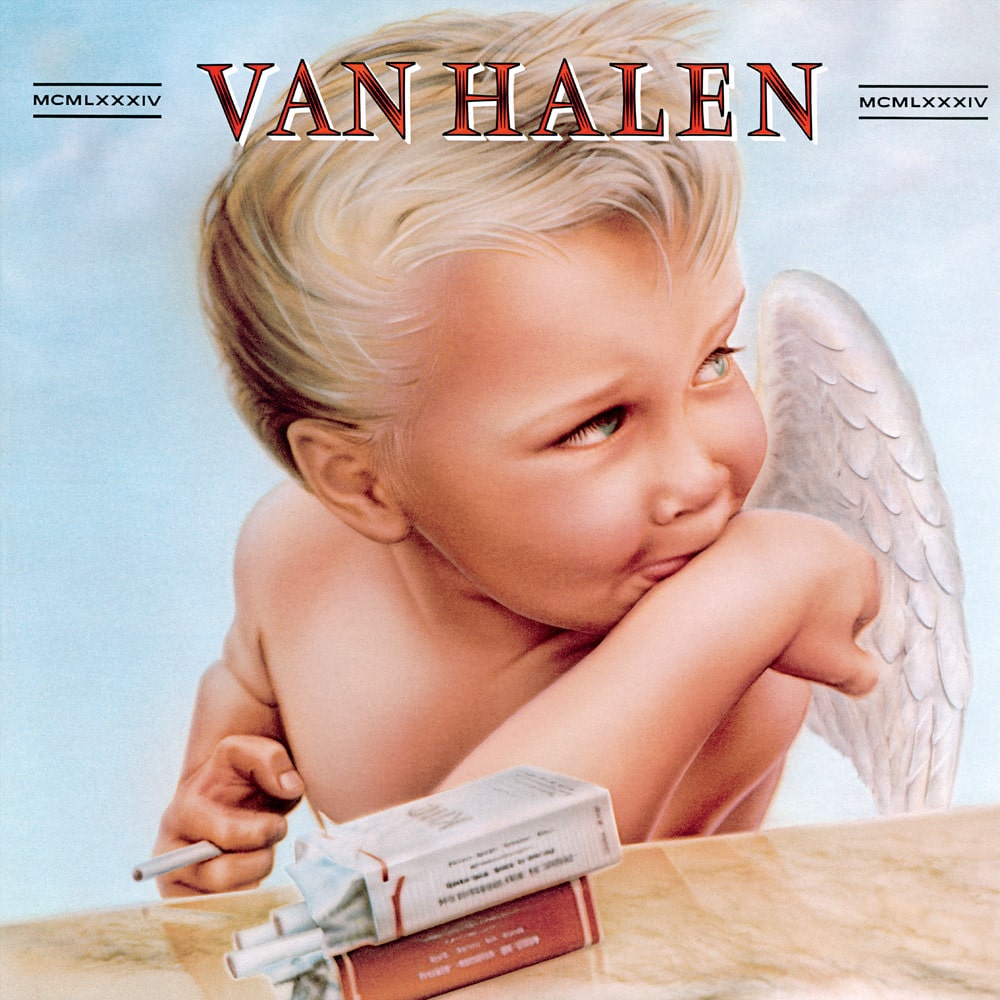 Available in MQA and 192 kHz / 24-bit, 96 kHz / 24-bit AIFF, FLAC high resolution audio formats
1984 (stylized as MCMLXXXIV) is the sixth studio album by American hard rock band Van Halen, released on January 9, 1984. It was the last Van Halen album until A Different Kind of Truth (2012) to feature lead singer David Lee Roth, who left in 1985 following creative differences, and the final full-length album with all four original members. 1984 and Van Halen's debut are Van Halen's bestselling albums, each having sold more than 10 million copies. Following the group's 1982 album, Diver Down, guitarist Eddie Van Halen was dissatisfied by the concessions he had made to Van Halen frontman David Lee Roth and producer Ted Templeman. Both discouraged Eddie from making keyboards a prominent instrument in the band's music. In 1983, Eddie built his own studio in his backyard, naming it 5150 after the Los Angeles police code for "escaped mental patient". There, he composed Van Halen's follow-up to Diver Down—without as much perceived "interference" from Roth or Templeman. The result was a compromise between the two creative factions in the band: a mixture of keyboard-heavy songs, and the intense rock for which the band was known. In Rolling Stone's retrospective review of 1984 in its 100 Best Albums of the Eighties list, producer Ted Templeman said, "It's real obvious to me [why 1984 won Van Halen a broader and larger audience]. Eddie Van Halen discovered the synthesizer." At the time, Eddie was in the process of building his own studio with Donn Landee, the band's longtime engineer (and later producer on 5150 and OU812). While boards and tape machines were being installed, Eddie began working on synthesizers to pass the time. "There were no presets," said Templeman. "He would just twist off until it sounded right."
192 kHz / 24-bit, 96 kHz / 24-bit PCM – Rhino/Warner Records Studio Masters