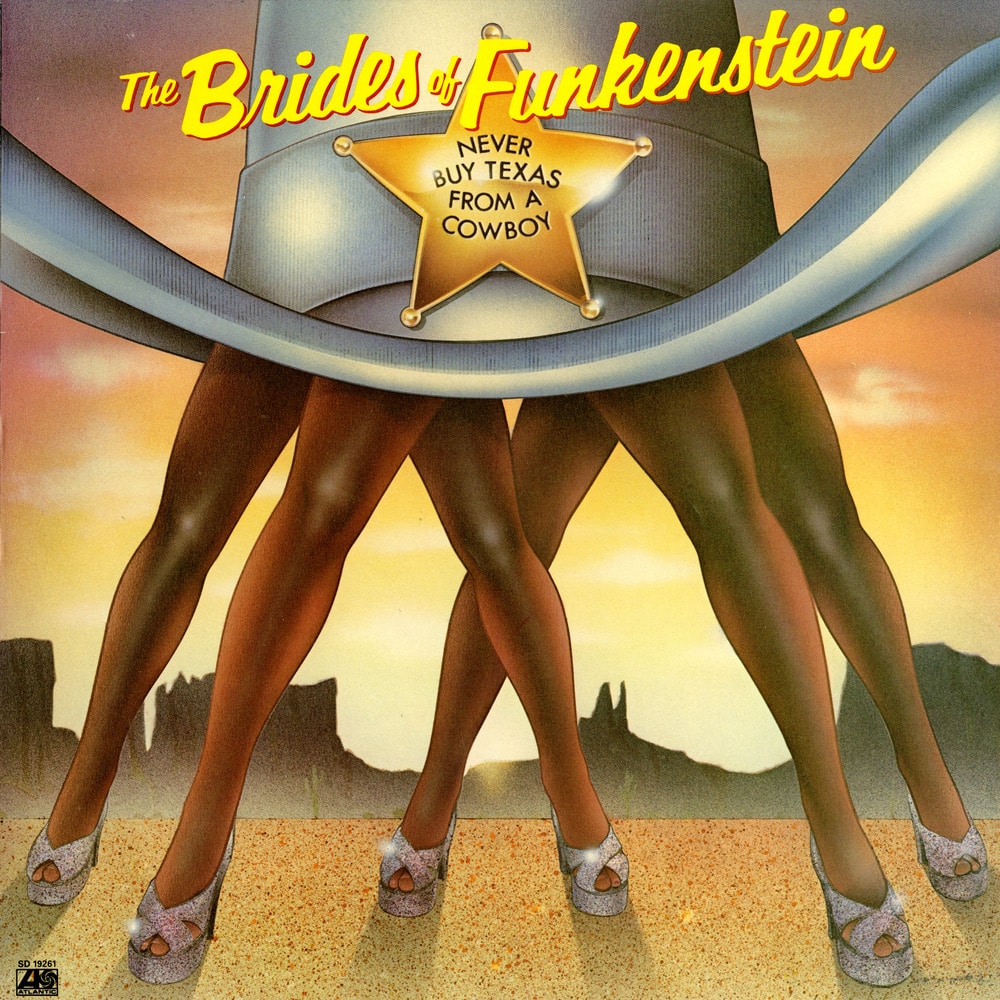 Never Buy Texas From A Cowboy

The Brides Of Funkenstein

Available in MQA and 192 kHz / 24-bit, 96 kHz / 24-bit AIFF, FLAC high resolution audio formats
Never Buy Texas from a Cowboy, released on Atlantic Records in November 1979, was the second album from the American female funk band, The Brides of Funkenstein. Morphing into a trio on the second album release, the vocalists consisted of Dawn Silva, Sheila Horne, and Jeanette McGruder. Horne and McGruder served as background vocalists on subsequent P-Funk concert tours. Never Buy Texas From a Cowboy would be granted a Cashbox Rhythm & Blues Award in 1981 for 'Best Female Group'. The song slated for the award was the 1979 single "Didn't Mean To Fall In Love", written and produced by Ron Dunbar. The album's top single release, "Never Buy Texas From a Cowboy" became a hit in the Midwest, Europe and Asia. "Never Buy Texas from A Cowboy" resurfaced in 2001 with Rolling Stone rating this album as the top 50 coolest albums of all times.
192 kHz / 24-bit, 96 kHz / 24-bit PCM – Rhino Studio Masters