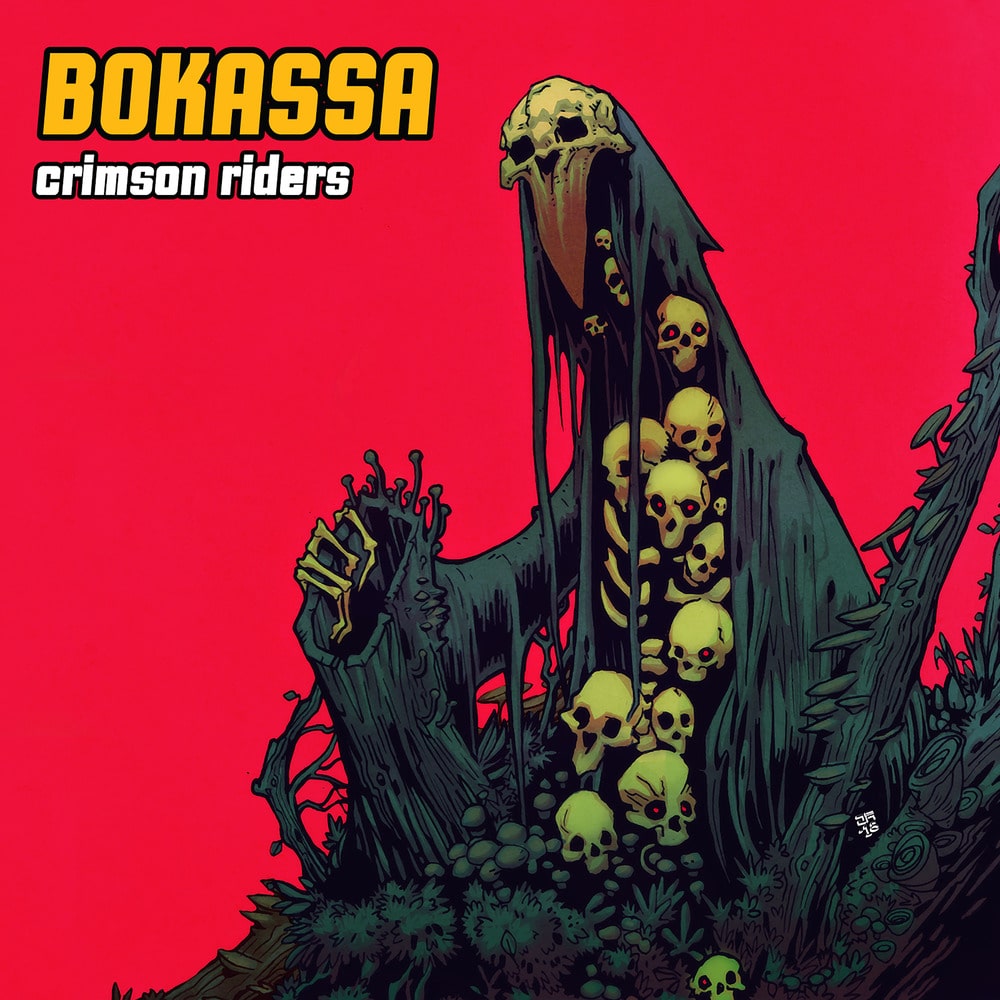 Available in MQA and 44.1 kHz / 24-bit AIFF, FLAC audio formats
Bokassa fuse stoner rock riffs and groove with the energy and volatility of punk and hardcore, into their own unique brand of stonerpunk. Their 2017 debut album, Divide & Conquer was lauded by critics across the globe. Metal Hammer UK hailed it as one of the best debuts of 2017, describing them as “intense, unpretentiously creative, and relentlessly rhythmic.” Crimson Riders was recorded back home in Trondheim’s Brygga Studio, with production by the band together with Yngve Andersen (Blood Command), mixing by Simon Jackman, and mastering by the legendary Brian ‘Big Bass’ Gardener. “We are very excited to release Crimson Riders. Nine songs which revolve around everything from cults, religion, and border patrols to beer-drinking anti-heroes and immortal space pirates! Sonically, the album gives the listener everything from classic stoner-punk tracks, groovy desert songs, and high speed trash metal, to hardcore-oriented sing-a-longs. This time we also played around with both cellos and saxophone in the studio so expect a few curveballs here and there.” - Bokassa
44.1 kHz / 24-bit PCM – MVKA Studio Masters