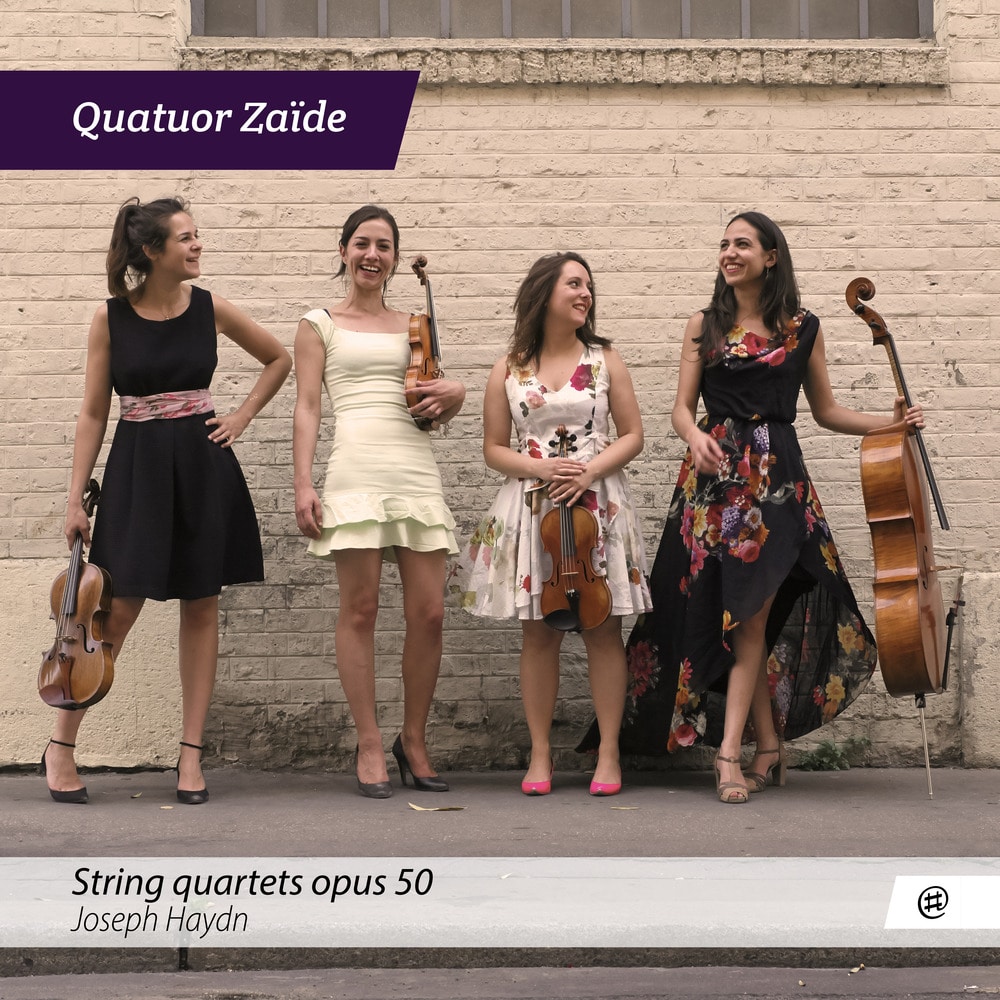 Available in 96 kHz / 24-bit AIFF, FLAC high resolution audio formats
Even if Joseph Haydn had written only the Six Quartets op.50, he would arguably still have been the greatest string quartet composer of all time! This makes it all the more astonishing that these masterpieces of musical discourse, written for four instruments given perfect equality, are so relatively unknown. The pieces are very rarely played in concert, perhaps with the exception of the two with nicknames assigned to them in the 19th century (No.5 ‘The Dream’ and No.6 ‘The Frog’). However, they have received rather more written attention, with a considerable number of articles on the set, which Haydn finished composing in 1787 and which was first published – almost simultaneously – in the autumn of that year, by Artaria in Vienna and Forster in London. Aside from some varied speculation about the range of potential traces of mutual influence between Mozart and Haydn in their quartet-writing, music historians have primarily been concerned with questions of only partial musical relevance. To what extent did Haydn use the dedication of the work to the cello-playing King Frederick William II of Prussia as a motive for its often highly distinctive cello passages? What compelled the composer to opt for the somewhat questionable business practice of making both his Viennese and London publishers believe they were the first to issue the works? How can it be that over time, considerable changes have been made to Haydn’s scores by several different publishers, as exemplified by the reappearance of the autographs of Op.50 Nos.3–6 in 1982 in Australia? Such questions are certainly of some interest – in a ‘whodunnit’ sort of sense – but most discussions of these works remain for the most part very superficial. Above all, it seems to me that we have woefully overlooked these pieces’ powerful status as a paradigmatic set of examples of how the discourse of musical performance can handle the themes and emotional dimensions of a piece. With these quartets, Haydn established himself as the composer ‘from whom all modern music stems’, as Goethe put it. And yet, surprisingly, they were crucial to his transformation from a ‘modern’ composer to one considered ‘classical’ in the 19th century. Quatuor Zaïde is celebrating its sixth anniversary this year, 2015. The young quartet is invited to concert halls and festivals round the world. The quartet regularly plays with other internationally renowned musicians. In 2012, Quatuor Zaïde won first prize at the International Joseph Haydn Chamber Music Competition in Vienna, Austria, as well as three special prizes, including Best Interpretation of a Work by Haydn. In September 2011, the four musicians were awarded first prize at the Beijing International Music Competition. In 2010, only one year after forming, Quatuor Zaïde won an impressive series of prizes: the International Press
96 kHz / 24-bit PCM – NoMadMusic Studio Masters