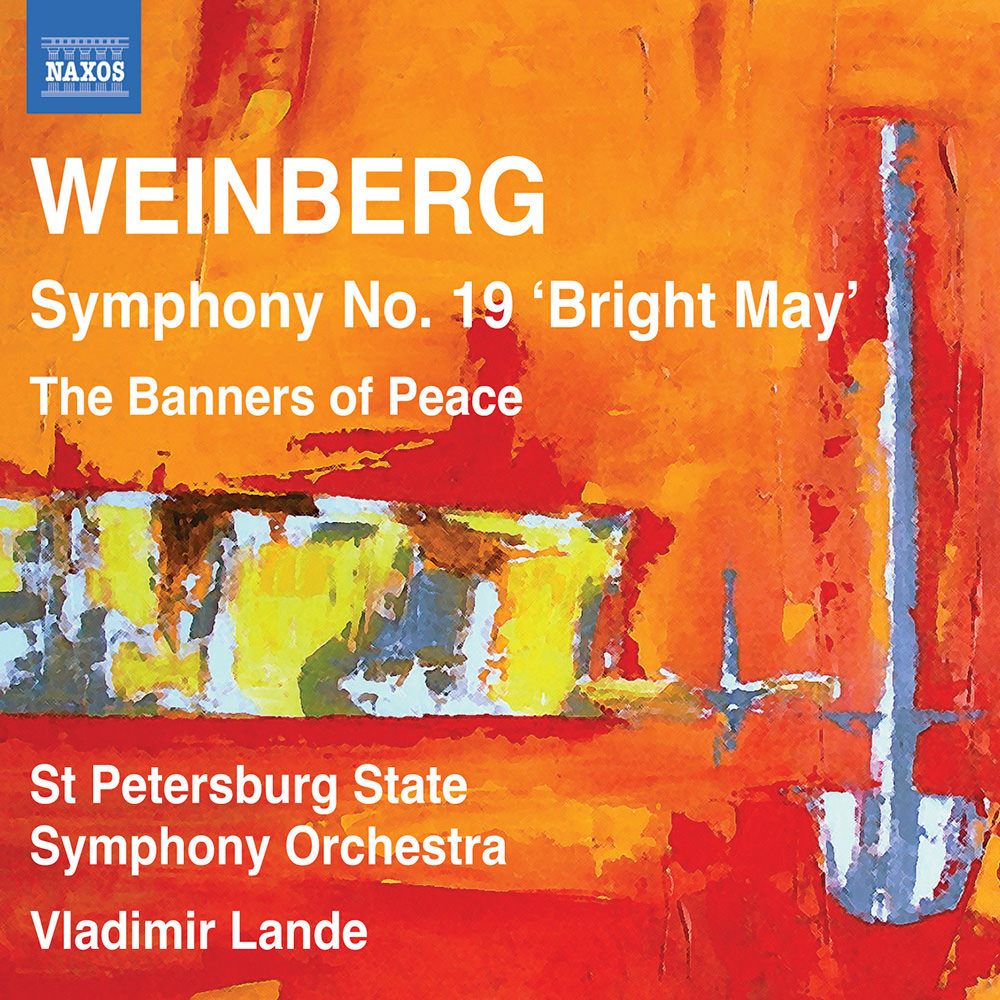 Weinberg: Symphony No. 19 'Bright May' - The Banners of Peace

Mieczyslaw Weinberg’s 26 symphonies are seen today as a substantial continuation of the Russian tradition. Symphony No. 19 marks ‘Bright May’ as the month in which the Great Patriotic War came to an end, but expressed with ominous apprehension as well as celebration. The Banners of Peace subsumes traditional and revolutionary songs to create an extrovert work which avoids the bombast of propaganda. Gramophone has acclaimed the ‘understanding and fervour’ of Vladimir Lande’s ‘greatly superior’ conducting of Weinberg’s Symphony No. 6.

The St. Petersburg State Symphony Orchestra was established in 1967, and until 1985 was known as the Orchestra of Ancient and Modern Music. Renowned soloists and conductors, including Yuri Temirkanov, Mariss Jansons, Svyatoslav Richter, and many others, have performed with the orchestra. In 2008, the American Vladimir Lande became the orchestra’s principal guest conductor. He conducted the opening concert of St. Petersburg’s White Nights Festival in summer 2004. Since then, he has led notable orchestras in the United States, conducted the National Gallery Chamber Orchestra on an American tour, and served as conductor of the 64th American Music Festival.
96 kHz / 24-bit PCM – Naxos Studio Masters