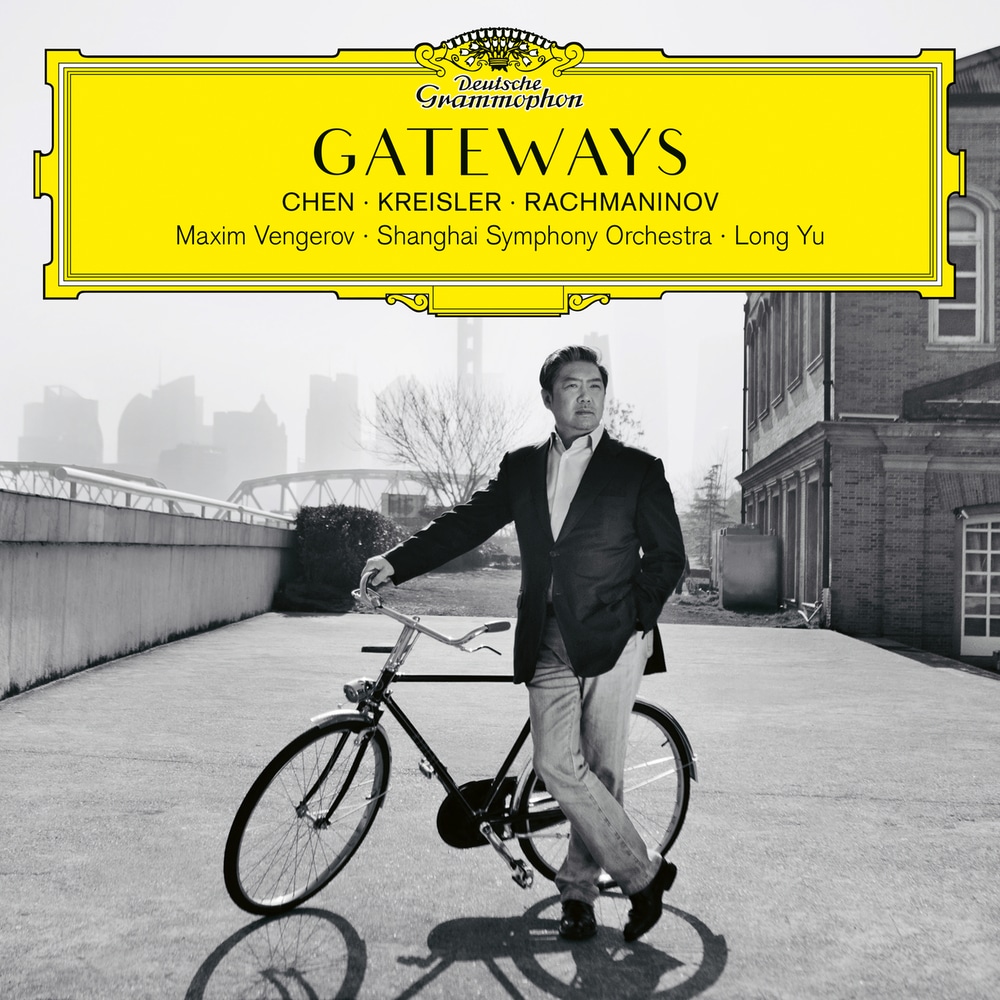 Available in 96 kHz / 24-bit AIFF, FLAC high resolution audio formats
The Shanghai Symphony Orchestra (SSO), Asia’s oldest symphony orchestra, celebrates its 140th anniversary with a new album, Gateways. Joining the SSO on the album and on tour is Music Director and conductor Long Yu, who celebrates his 10th season with the Orchestra. Deutsche Grammophon signed the SSO last year and Gateways will be its first studio recording on the label. In January 2019, the Orchestra released a live recording of its landmark performance at the Imperial Ancestral Temple outside of Beijing’s Forbidden City, a rare event at this UNESCO World Heritage Site. This concert was at the forefront of Deutsche Grammophon’s DG120 celebrations and was live-streamed to worldwide audiences. Gateways sees the Orchestra blend Chinese and Russian repertoires, presenting works by Chinese composer Qigang Chen alongside Rachmaninov and Kreisler, with soloist Maxim Vengerov. Qigang Chen’s violin concerto La joie de la souffrance and was premiered in 2017 conducted by Long Yu and Maxim Vengerov, for whom the piece was written.
96 kHz / 24-bit PCM – Deutsche Grammophon (DG) Studio Masters