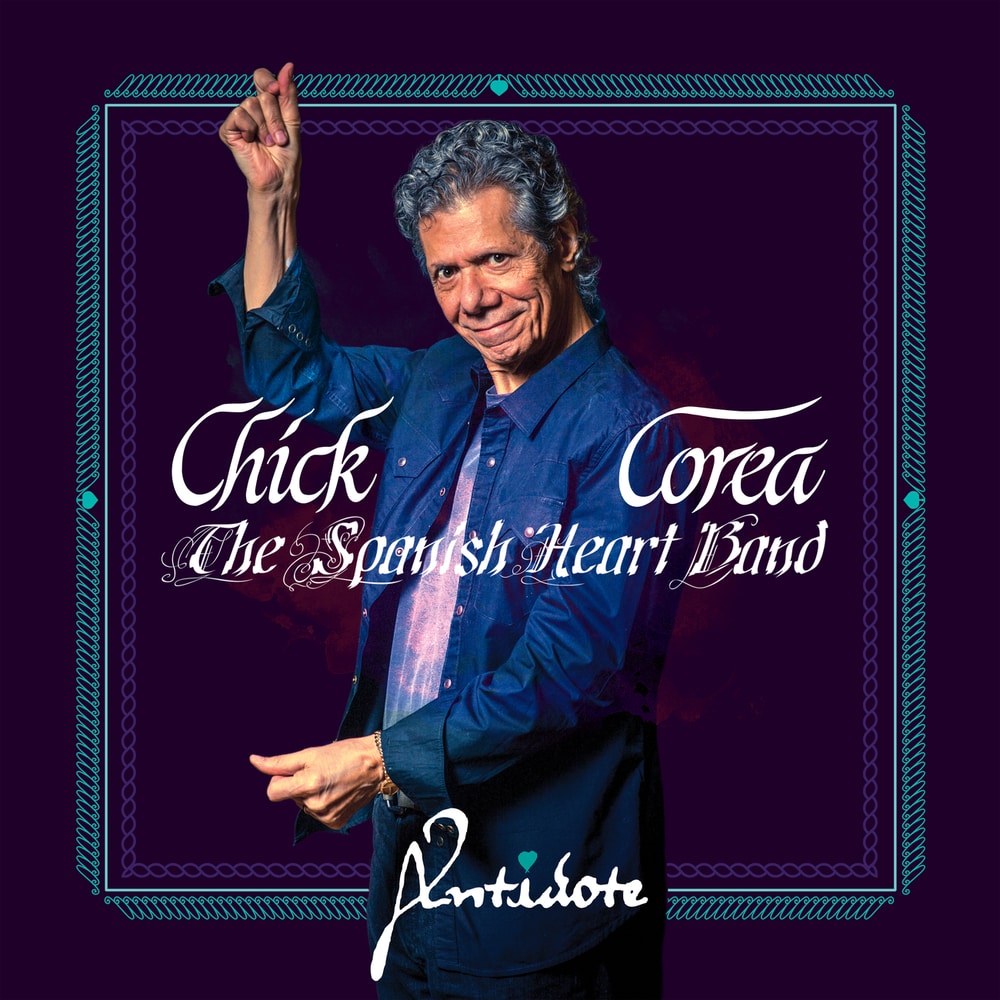 Available in 96 kHz / 24-bit AIFF, FLAC high resolution audio formats
Grammy Award Nomination – Best Latin Jazz Album, 2019 Throughout his storied career, iconic pianist/keyboardist Chick Corea has explored a wealth of music from across borders both geographical and stylistic. Time and again over the decades he’s returned to what he calls his “Spanish Heart” – the Spanish, Latin and flamenco traditions that have indelibly shaped his unmistakable sound. Now, with his new album Antidote, recorded with his brand-new Spanish Heart Band, Corea once again delves deeply into the Latin side of his musical heritage with a stunning collection of musicians from Spain, Cuba, Venezuela and the U.S. Corea’s debut release with the Spanish Heart Band revisits classic pieces from two of the bandleader’s most beloved albums, My Spanish Heart and Touchstone, along with new compositions and favorites by revered composers like Antônio Carlos Jobim, Paco de Lucía and Igor Stravinsky. Antidote is just what the name implies – a musical cure for a turbulent time, bringing together artists from diverse cultures to make harmonious music together. In addition to this stellar new ensemble, the recording features guest appearances by the acclaimed Panamanian vocalist Rubén Blades and gifted singersGayle Moran Corea and Maria Bianca. “My genetics are Italian,” Corea says, “but my heart is Spanish. I grew up with that music. This new band is a mix of all the wonderful and various aspects of my love and lifetime experience with these rhythms that have been such a big part of my musical heritage.” To embark on this vibrant exploration, the 77-year-old keyboard virtuoso has assembled a brilliant eight-piece band: Flamenco guitarist Niño Josele and saxophonist/flutist Jorge Pardo both hail from Spain and have both worked with the late flamenco master Paco de Lucía. Bassist Carlitos Del Puerto was born in Havana, Cuba and played on Chinese Butterfly, Corea’s 2017 collaboration with legendary drummer Steve Gadd – as did Venezuelan percussionist Luisito Quintero.
96 kHz / 24-bit PCM – Concord Jazz Studio Masters