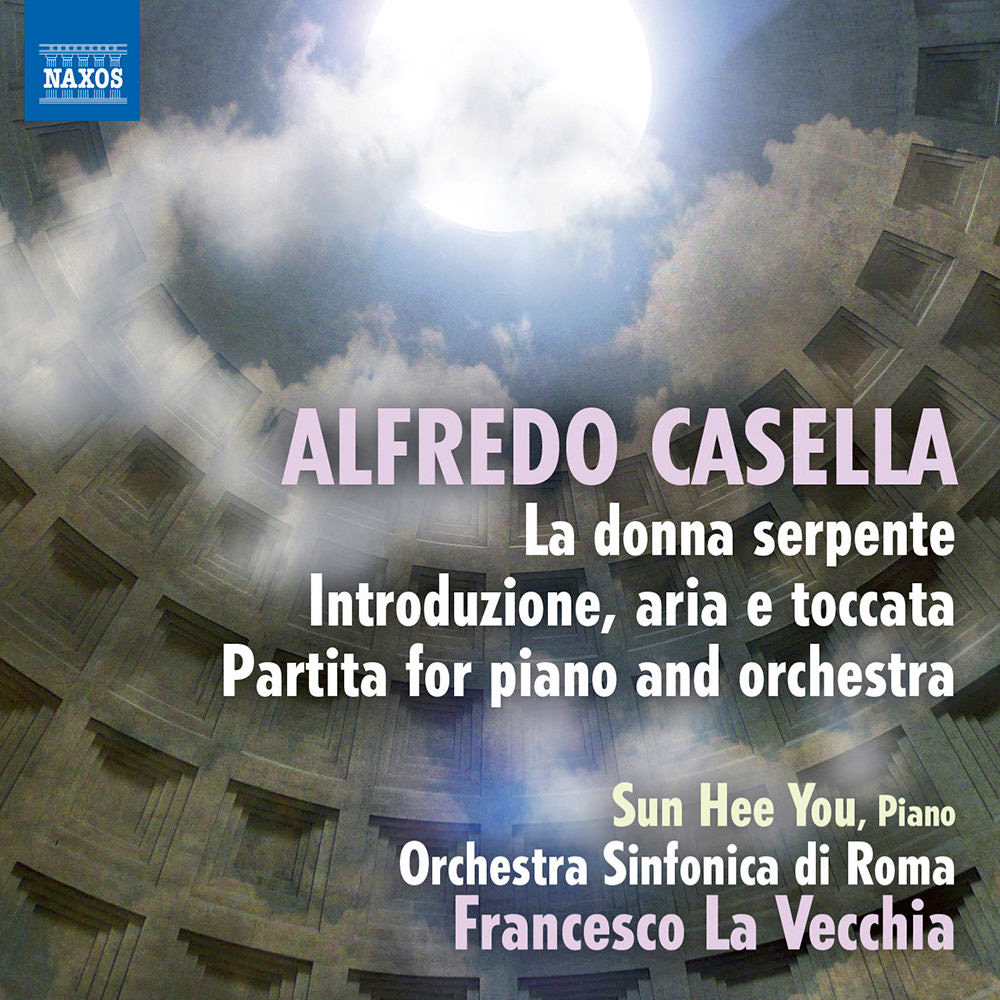 Available in 96 kHz / 24-bit AIFF, FLAC high resolution audio formats
"Music well worth hearing." - American Record Guide "As in his previous releases of music by Casella, conductor la Vecchia does an excellent job fusing clarity of texture with a fine legato and emotional sweep. I have absolutely no hesitation in recommending this disc. It’s a winner from first note to last." - Fanfare This latest disc in the Naxos series of Casella’s orchestral music represents what Casella felt was his ‘definitive personality’. The Introduction, Aria and Toccata epitomize his ‘monumental Baroque style’ of the late 1920s and early 1930s. A few years earlier, his neoclassical Partita for piano and small orchestra had been a huge hit, with Casella himself touring right across Europe and the USA playing the solo part. In between, he at last – in his late forties – composed his first opera, La donna serpente: the orchestral fragments recorded here colorfully reflect the story’s tragicomic twists and turns.
96 kHz / 24-bit PCM – Naxos Studio Masters