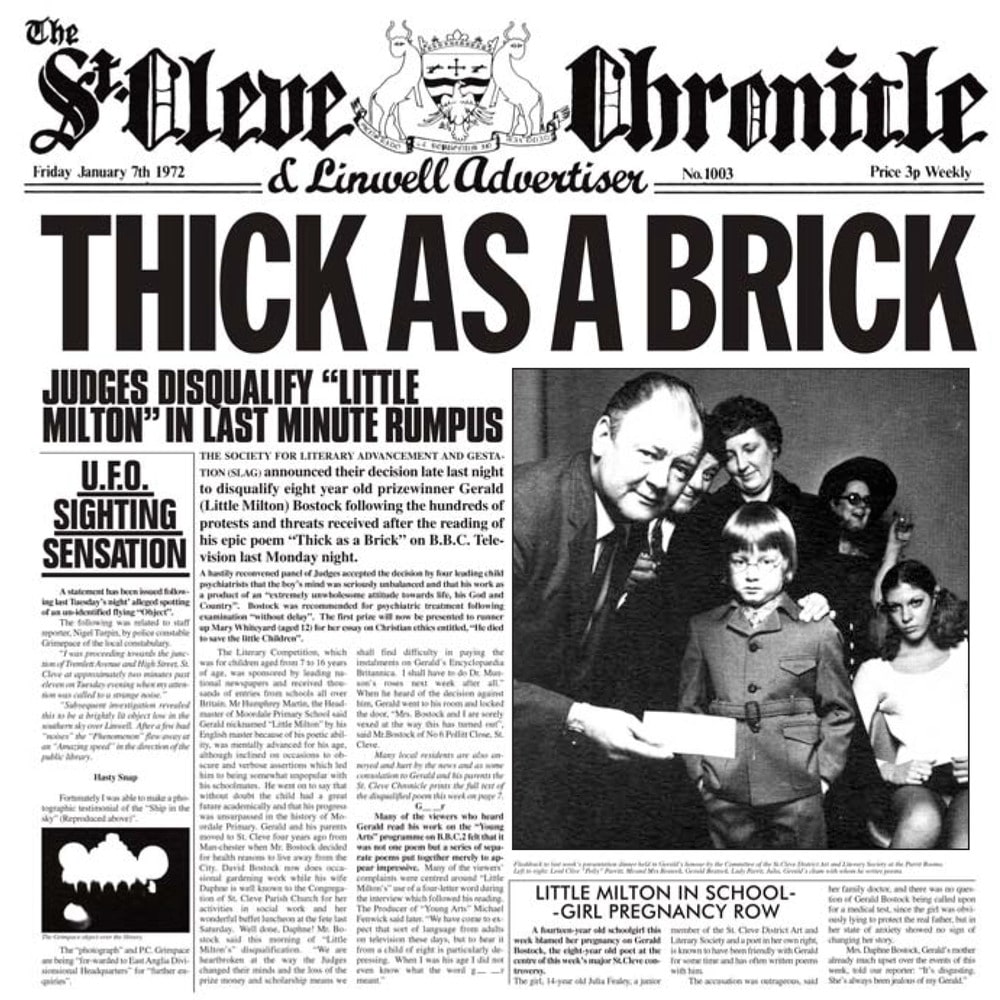 Available in MQA and 96 kHz / 24-bit AIFF, FLAC high resolution audio formats
Thick as a Brick is perhaps Jethro Tull’s definitive progressive rock album. Born from a desire to really produce a concept album after the rock critics so dubbed the previous year’s Aqualung, the record features a rock first: one continuous song on both sides. The music, and the lyrics, are challenging to the listener and reflect complex influences of folk, jazz, and rock. With Thick, Anderson and company broaden rock beyond the limitations of the short song format. Understanding Thick requires recognition of the popularity of Monthy Python in the early 1970’s. Anderson meant for the album to be a send up of rock pretentiousness, critics, and the band itself. The album cover claimed, outrageously enough, that the lyrics had been written by an eight year-old boy, Gerald Bostock, and set to music by the band. Even today, Anderson still gets the occasional person asking about Bostock or commenting about the prodigy’s advancing age. This release features a new mix and master from Porcupine Tree's Steven Wilson.
96 kHz / 24-bit PCM – Parlophone UK Studio Masters