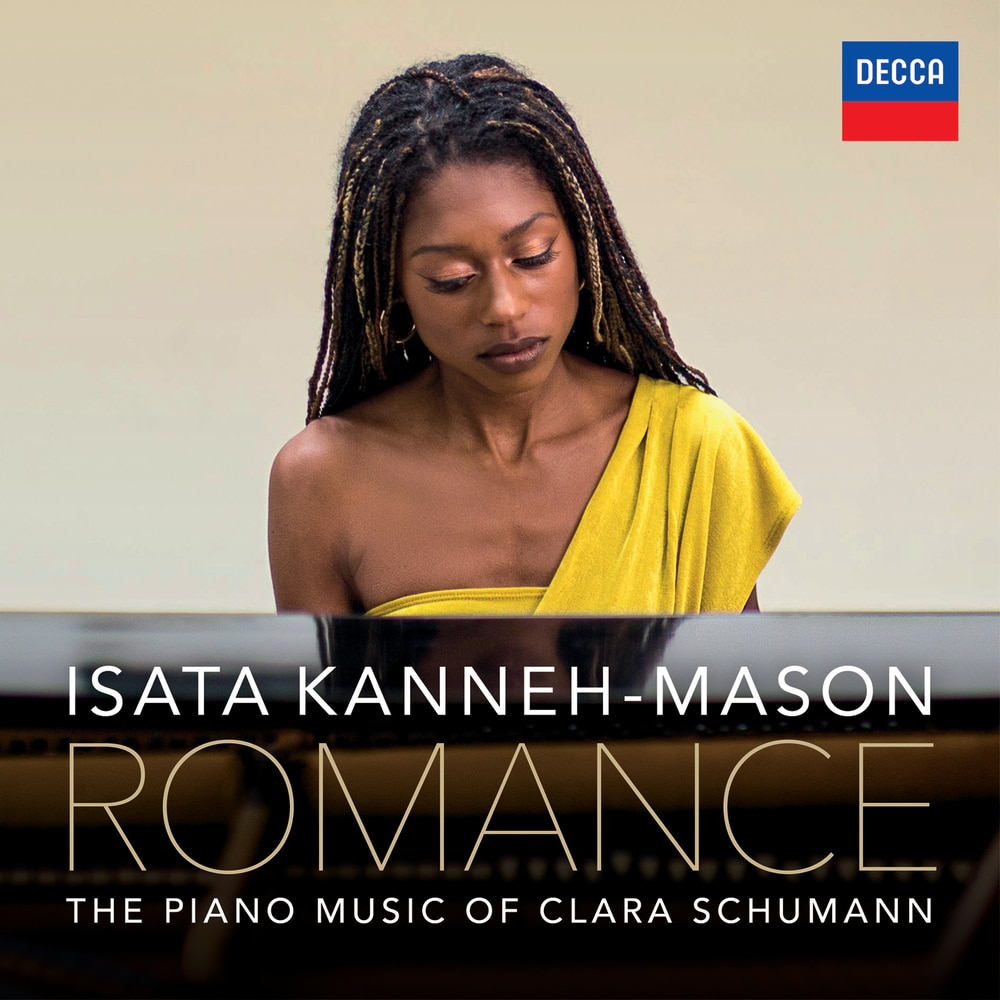 Available in 96 kHz / 24-bit AIFF, FLAC high resolution audio formats
Decca Classics has announced the signing of pianist Isata Kanneh-Mason. She now joins her brother, superstar cellist Sheku, on the prestigious label and will release her debut album, Romance. Romance will take listeners on a journey through the extraordinary life of Clara Schumann, one of the most distinguished composers and pianists of the Romantic era, who was married to the famous German composer Robert Schumann. The album marks the 200th anniversary of Clara Schumann’s birth. Isata will be joining forces with an all-female line-up to champion the significance of women musicians throughout the years, and their influence on the classical musical canon. Romance showcases Isata’s outstanding skill and passion through an exploration of Clara Schumann’s exceptional output. Clara Schumann’s Piano Concerto was recorded with the Royal Liverpool Philharmonic Orchestra, conducted by Holly Mathieson. The Three Romances for Violin & Piano were recorded with violinist and BBC New Generation Artist Elena Urioste. The recording also features music from various phases of Clara’s life. “I am so excited to be recording this album with Decca Classics. I am really passionate about this music and hope that the album brings a wider range of people into the classical music audience!” - Isata Kanneh-Mason
96 kHz / 24-bit PCM – Decca Music Group Studio Masters