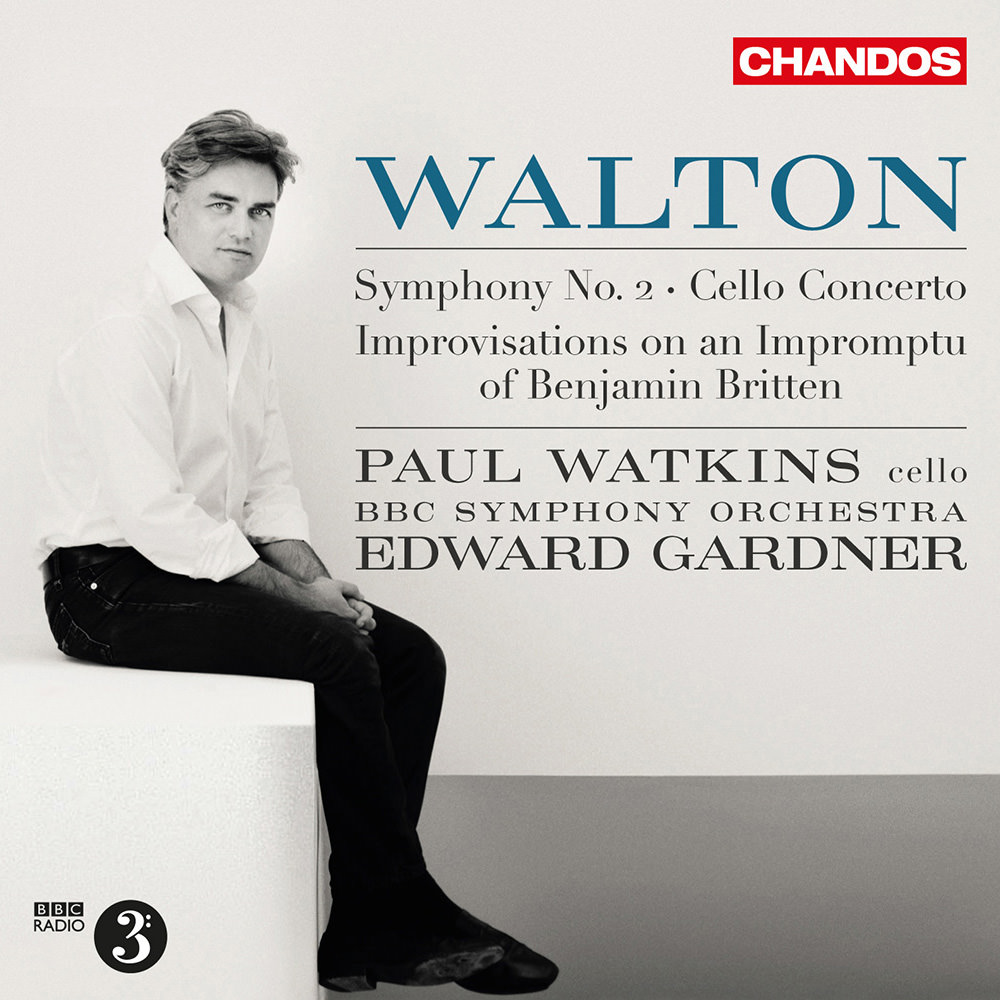 Walton: Symphony No. 2 - Cello Concerto - Improvisations on an Impromptu of Benjamin Britten

Available in 96 kHz / 24-bit AIFF, FLAC high resolution audio formats
"A very fine and intelligently programmed disc ... superb playing of the BBC Symphony ... some ravishing playing from the woodwind principals in particular ... caught in stunningly fine sound by Chandos." - MusicWeb International Edward Gardner conducts the BBC Symphony Orchestra on this programme of late music by Walton, their second album devoted to the composer. In addition to the Second Symphony performed here, acclaimed cellist Paul Watkins joins the orchestra on the Cello Concerto which ends in a rich finale consisting of a theme and four improvisations. The concept of improvisation recurs in the last work on the album, based on the Impromptu of Benjamin Britten’s Piano Concerto.
96 kHz / 24-bit PCM – Chandos Studio Masters