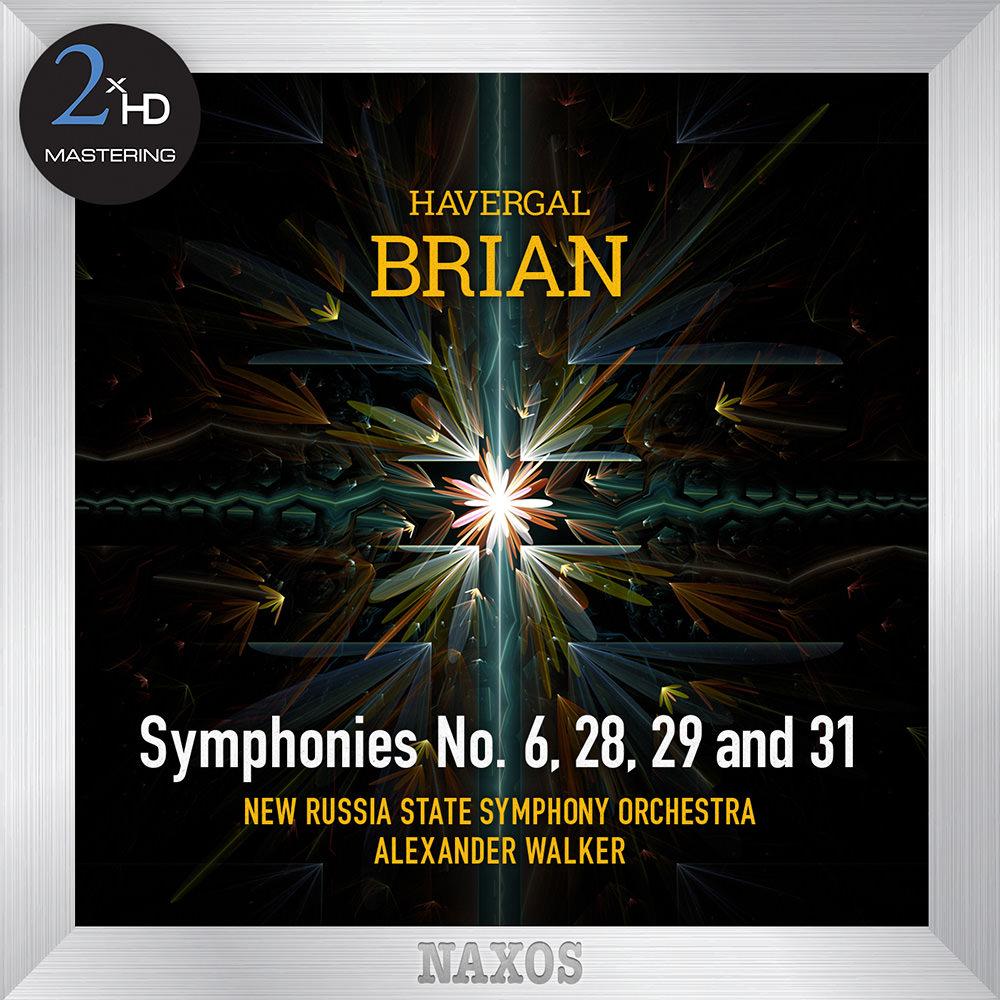 Available in 352.8 kHz / 24-bit, 192 kHz / 24-bit, 96 kHz / 24-bit AIFF, FLAC and 5.6448 MHz, 2.8224 MHz DSD high resolution audio formats
"... performances of notable distinction, of music that is by no means easy to grasp ... the undoubted success has to be laid at the feet of Alexander Walker, who clearly has the grasp of this remarkably condensed and unique series of works ... a magnificent record ..." - ClassicalSource.com The New Russia State Symphony Orchestra showcases British composer Havergal Brian’s extraordinary late creativity, almost unparalleled in musical history. Alexander Walker leads these world premiere recordings of the intense Symphony No. 28 and the lyrical Symphony No. 29, both composed when Brian was 91 years old. The programme also includes his pivotal Symphony No. 6, written at the age of 72 and the brief but free polyphonic fantasia of Symphony No. 31, one of his last works, written when he was 92.
352.8 kHz / 24-bit, 192 kHz / 24-bit, 96 kHz / 24-bit PCM and 5.6448 MHz, 2.8224 MHz DSD – 2xHD - Naxos Studio Masters

Recorded in 96 kHz / 24-bit *Mastered in PCM 352.8 kHz / 24-bit, 192 kHz / 24-bit, 96 kHz / 24-bit and DSD 5.6448 MHz, 2.8224 MHz 2xHD Mastering: René Laflamme 2xHD Executive Producer: André Perry This album was mastered using our 2xHD proprietary system. In order to achieve the most accurate reproduction of the original recording we tailor our process specifically for each project, using a selection from our pool of state-of-the-art audiophile components and connectors. The process begins with a transfer to analog from the original 24bits/96kHz resolution master, using cutting edge D/A converters. The analog signal is then sent through a hi-end tube pre-amplifier before being recorded directly in DXD using the dCS905 A/D and the dCS Vivaldi Clock. All connections used in the process are made of OCC silver cable. DSD and 192kHz/24Bit versions are separately generated, directly from the analog signal.