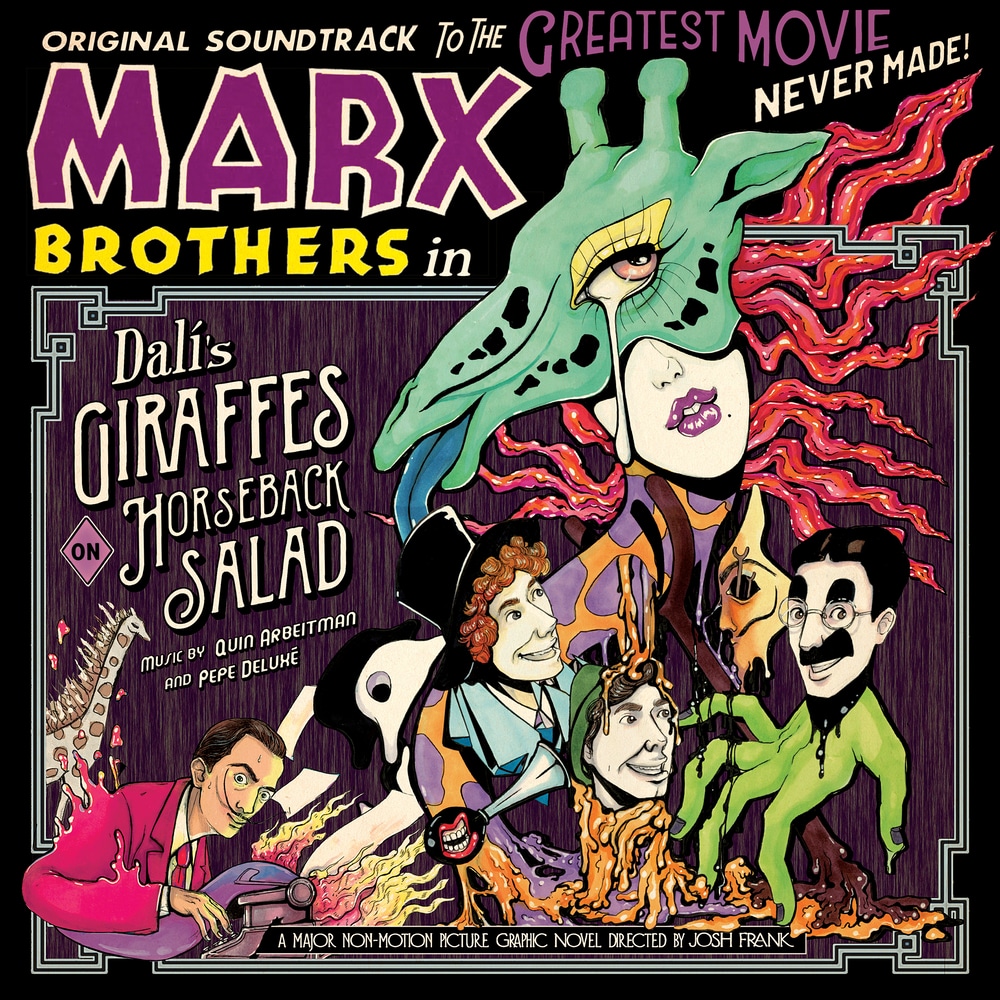 Available in 44.1 kHz / 24-bit AIFF, FLAC audio formats
Giraffes on Horseback Salad, also called The Surrealist Woman, was a screenplay written in 1937 by Salvador Dalí for the Marx Brothers. It was to be a love story between a Spanish aristocrat named "Jimmy" (to be played by Harpo Marx, with whom Dalí was friends) and a "beautiful surrealist woman, whose face is never seen by the audience." Dalí considered that the central theme of the film would be "the continuous struggle between the imaginative life as depicted in the old myths and the practical and rational life of contemporary society" and hoped that the film score could be written by Cole Porter. The screenplay was never produced. With this release, the talented team of Quin Arbeitman and Pepe Deluxé bring life and music to the "greatest film never made," in homage to the surrealist movement and the absurdity of this incredible conception.
44.1 kHz / 24-bit PCM – Lakeshore Records Studio Masters