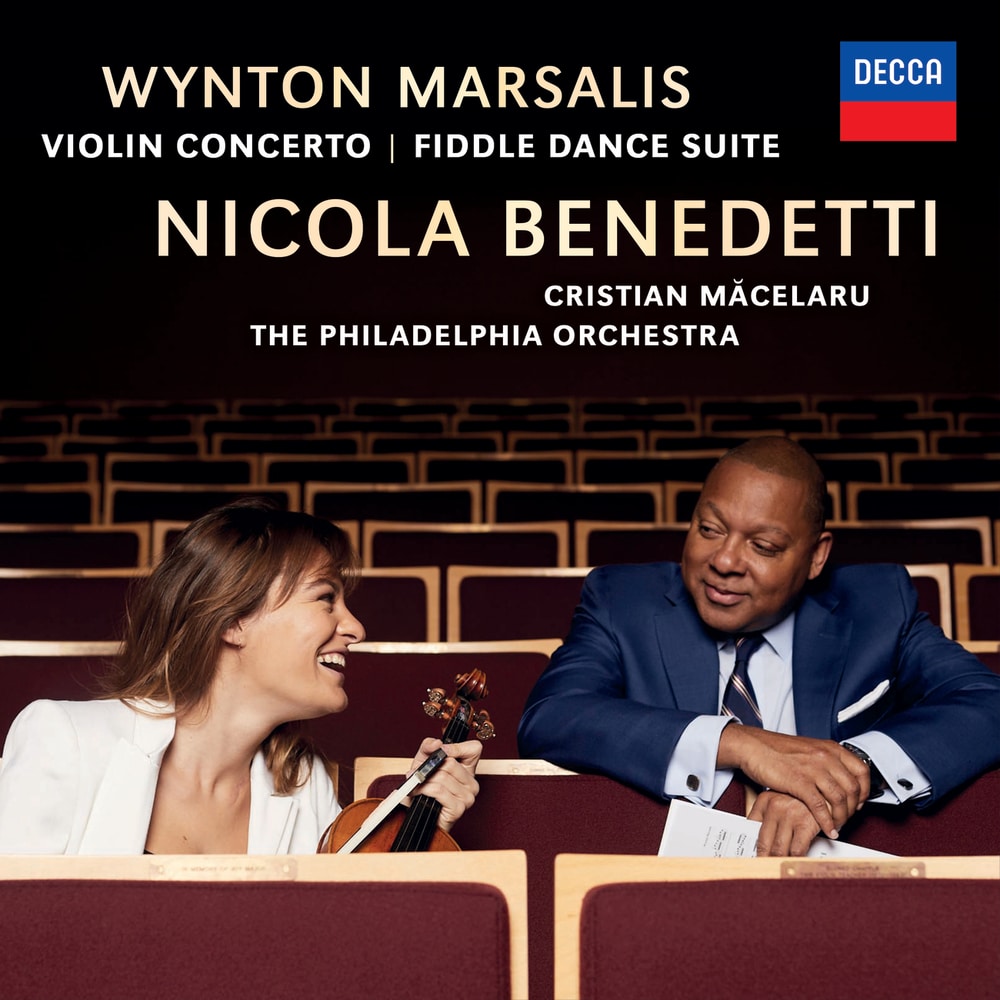 Available in 96 kHz / 24-bit AIFF, FLAC high resolution audio formats
Grammy Award – Best Classical Instrumental Solo, 2019 Grammy Award Nomination – Best Contemporary Classical Composition, 2019 – MARSALIS: VIOLIN CONCERTO IN D MAJOR Nicola Benedetti’s new album on Decca Classics features premiere recordings of two works written especially for her by jazz musician Wynton Marsalis: Violin Concerto in D and Fiddle Dance Suite for Solo Violin. Benedetti performs Violin Concerto in D with The Philadelphia Orchestra under the baton of Cristian Măcelaru who has collaborated with the violinist to perform the work six times. The concerto was co- commissioned by the London Symphony Orchestra (LSO), Ravinia, LA Philharmonic, National Symphony Orchestra Washington, Gewandhausorchester Leipzig and Netherlands Radio Philharmonic. Benedetti performed the world premiere with the LSO under conductor James Gaffigan in London in November 2015. Marsalis’ "Violin Concerto in D" is in four movements and draws on the entire sweep of Western violin pieces from the Baroque era to the 21st Century. It explores Benedetti’s and Marsalis’ common musical heritage in Celtic, Anglo and Afro-American folk music and dance. The work revels in the magic of virtuosity and takes inspiration from Nicola’s life as a travelling performer and educator. Each of the four movements reveals a different aspect of Nicola’s dream which becomes a reality through the long-form storytelling of the performance. “Nicky said she wanted a piece that would allow her to inhabit an expansive range of human emotions. Though I have long loved the violin, she schooled me in its august history, in its tremendous expressive capabilities, and in a compendium of old and new techniques. From a very young age, Nicky’s dream was to move people with the magic of virtuosity and the warmth of her sound. The concerto begins with her telling us the story of her dream, the playing of it IS the realization of that dream, and it ends with her going down the road to play for the next gathering.” - Wynton Marsalis “This project has been a deeply edifying experience – one I will always reflect on with immense gratitude. It has been a privilege to learn and perform these two inspired and unequivocal masterpieces, and to deepen my understanding of Wynton’s compositional language, cultural richness and philosophical insights. These compositions take us from the introspection of a Spiritual to the raucous celebration of a Hootenanny, from a lullaby to a nightmare, and from a campfire to a circus. We travel far and wide to distant corners of the world, the mind and the soul. Long-form musical pieces are often described as a journey. This sure has been a rich and fascinating one, and I am thrilled to now share the results with you.” - Nicola Benedetti
96 kHz / 24-bit PCM – Decca Music Group Studio Masters