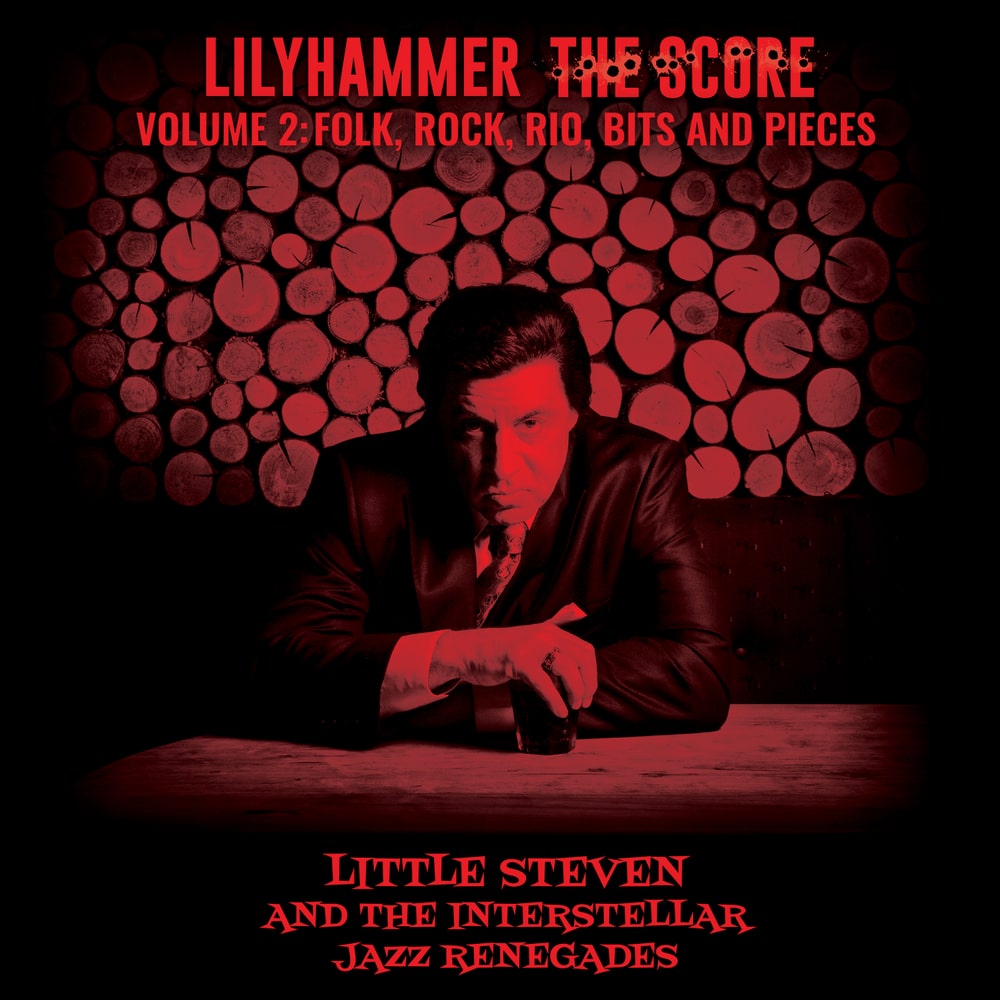 For his starring role in Netflix’s groundbreaking first original series, Lilyhammer, actor/musician Steven Van Zandt explored uncharted waters as a New York mobster who flees to Norway under the witness protection program. In addition to acting in, co-writing and co-producing the acclaimed show, the Rock and Roll Hall of Famer also scored the music for most of the three seasons, where just like his character, the musician best known as Little Steven of Bruce Springsteen’s E Street Band and an accomplished solo artist who helped pioneer the rock-meets-soul sound, also delved into some terrain foreign to him: the worlds of New York jazz and Norwegian folk music. For the first time, the music from the show, which ended in 2014, has been collected together.

The music of Lilyhammer was arranged and produced by Van Zandt and recorded at his Renegade Studios in New York and at various studios in Norway while in the midst of filming. It was recorded, mixed and co-produced by Geoff Sanoff and mastered by Bob Ludwig at Gateway Mastering.

Volume 2: Folk, Rock, Rio, Bits And Pieces is a wildly eclectic affair that gathers together 36 tracks from the show, ranging from short music cues to full songs spanning across a dizzying array of genres. Opening with the broadcast version of the theme song “Lilyhammer Nocturne,” the song begins as a swinging jazz tune and then deftly segues into Norwegian folk music illustrating the collision of two cultures. Van Zandt fully embraced the Nordic country and integrated traditional Norwegian folk instruments into his musical arsenal to create an authentic sound for the show which was filmed in Lillehammer, Norway and watched by nearly one fifth of its population. Highlights of the folk songs include “Revelation,” “Lillehammer Mourning” and “Baptism.” On “Toboggan Negotiation,” Van Zandt, who played guitar on all but one track on the collection, injects a hard-strummed acoustic guitar into an otherwise traditional sounding folk song, creating a unique hybrid.

The pieces span the globe and musical history, ranging from the Ennio Morricone-esque “African Dawn,” to the Eastern sounds of “Tandoori Epiphany” and “Dance of the Persian Serpent,” to the symphonic rock of “Painted Angels,” to the bluesy “Espresso Martini,” to the surf rock of “Killer Surf” and the Latin jazz and mambo of “Stevie Colada and “Mojito.” On “Out Of The Darkness,” Van Zandt revisits his 1983 song and transforms it from a stadium rock anthem into a bittersweet instrumental with a Norwegian flavor while “Favella” conjures up images of Brazil’s Rio de Janeiro. Overall it showcases both the breadth of the extraordinary and ambitious music that Van Zandt created for the show and his immense talent as a songwriter, arranger, musician and musical chameleon.
96 kHz / 24-bit PCM – Steven Van Zandt Catalog Studio Masters