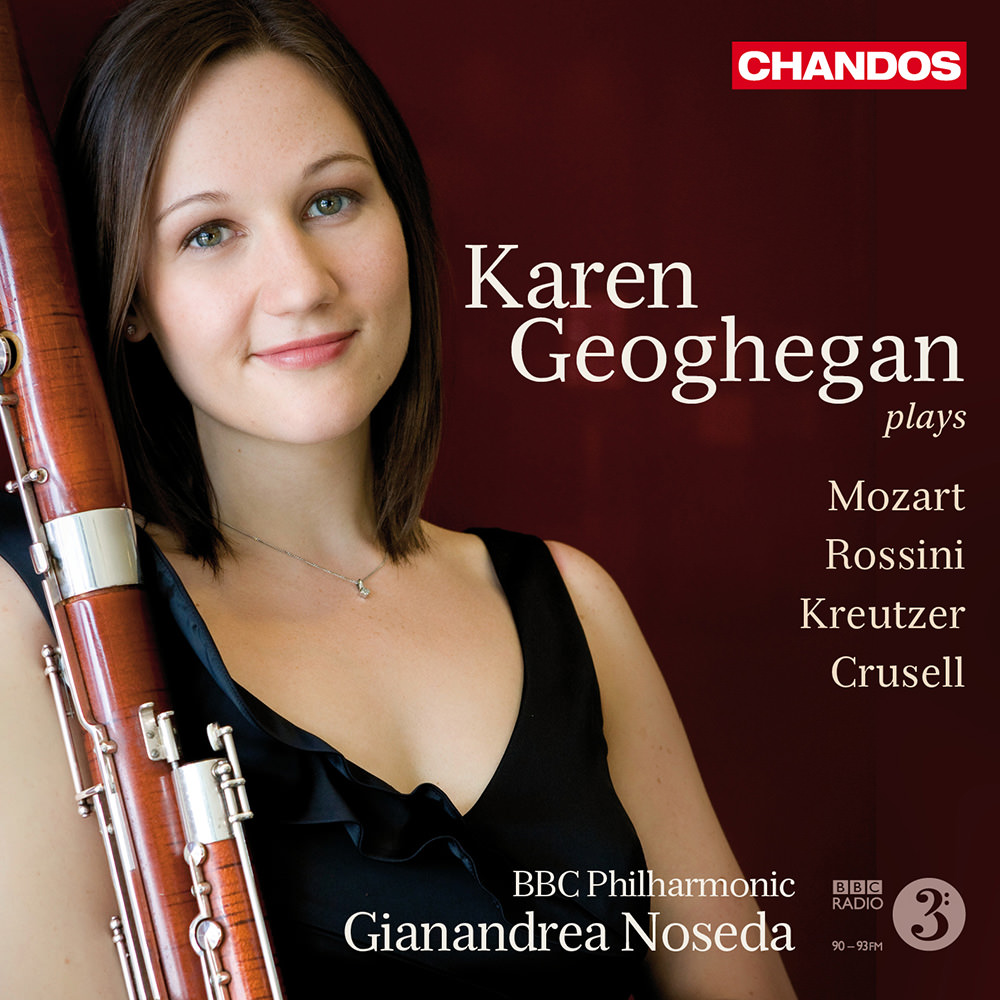 Young Scottish bassoonist Karen Geoghegan displays expressive maturity and sensitivity on this recording of repertoire at the cornerstone of the bassoon repertoire, including Mozart's Bassoon Concerto, of course, as well as less familiar but distinguished pieces by Kreutzer and Crusell. The programme, performed by the BBC Philharmonic Orchestra under Gianandrea Noseda, is rounded out with Rossini’s Bassoon Concerto, completely unknown until relatively recently. It was only in the early 1990s that it came to light among a 19th century collection of manuscripts that had been archived in a library in Italy.
96 kHz / 24-bit PCM – Chandos Studio Masters