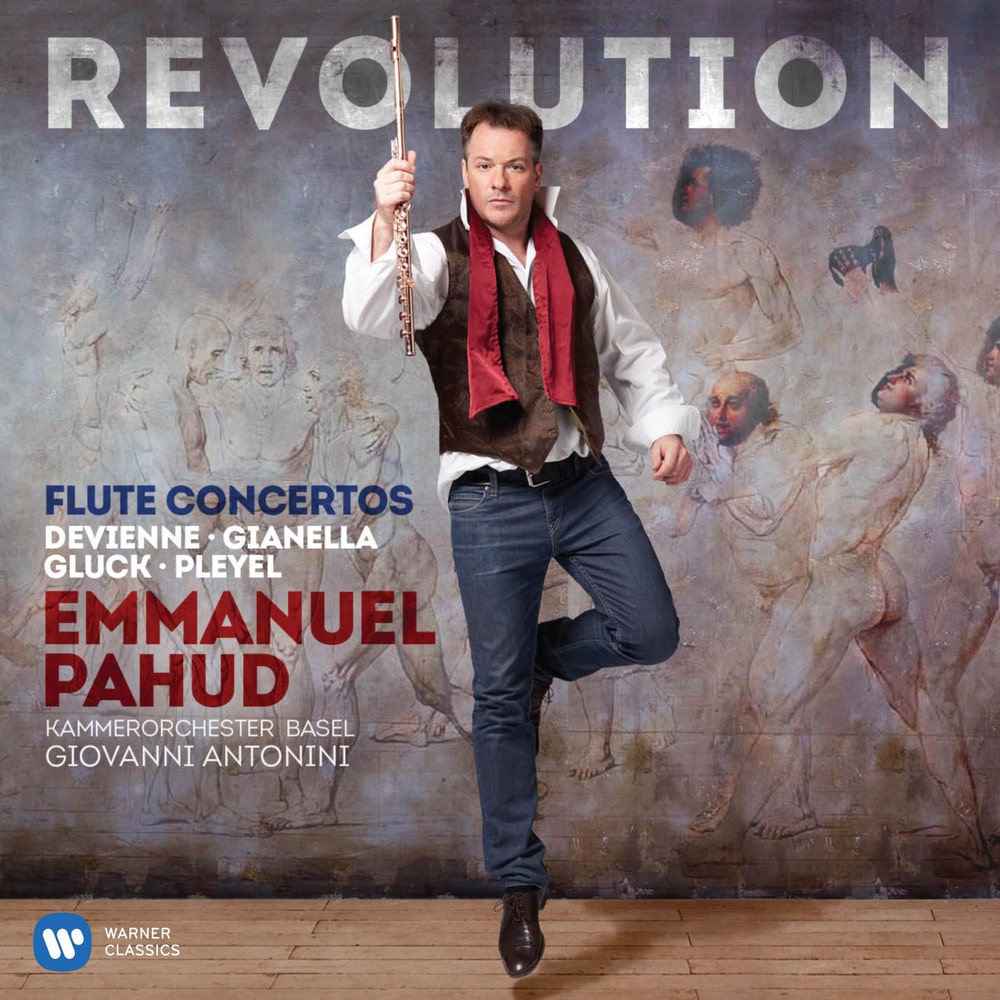 Available in MQA and 96 kHz / 24-bit AIFF, FLAC high resolution audio formats
Widely recognised as the finest flautist performing on the world stage today, Emmanuel Pahud has joined forces with the Kammerorchester Basel for his new album of flute concertos by composers from the time of the French Revolution, revealing how the form and the instrument underwent their own musical revolution during this tumultuous period. For Revolution, Pahud delves once again into the history and evolution of the flute in the second half of the 18th century, following the success The Flute King, his 2012 album of music written for and by the Prussian king Frederick the Great, himself a gifted flautist-composer. Pahud now continues on this path from the dawn of the Enlightenment to the French Revolution, capturing the drama and excitement of the political upheaval that surrounded what was a golden age in music, particularly for the flute. Pahud explains: “For me, this album is about taking you on a journey via three decades of flute concertos surrounding the events of the famous storming of the Bastille in 1789, in what was a rapid transition from Gluck’s musical idiom, shaped by opera and the Baroque – his concerto here embodies Paris before the revolution – to the Romantic and revolutionary ideal that we hear in the music that follows.” This includes concertos by little-known composers François Devienne, Luigi Gianella and Ignaz Pleyel. “In choosing to structure this album around these remarkable concertos, I had the great fortune of having Giovanni Antonini and the Kammerorchester Basel as partners. They defend this music with fighting spirit and a truly revolutionary fervour!” - Emmanuel Pahud
96 kHz / 24-bit PCM – Warner Classics Studio Masters