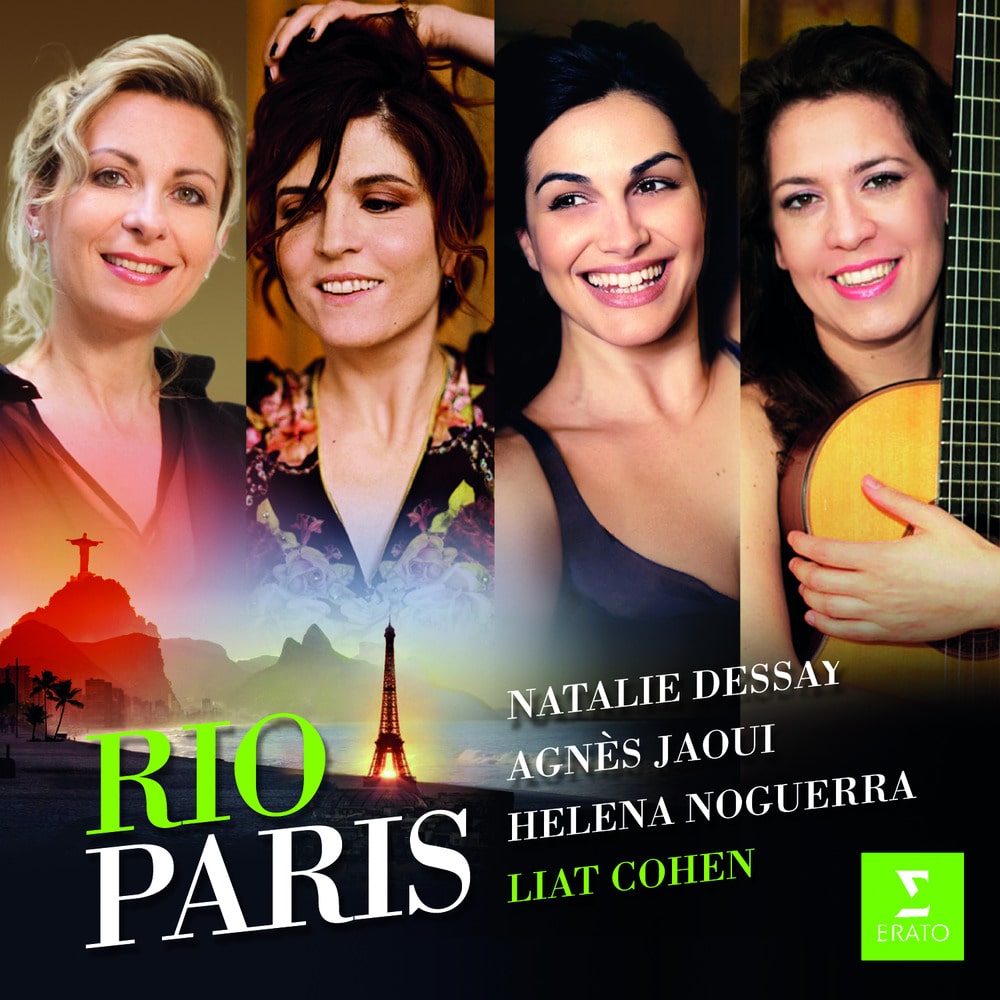 Available in MQA and 96 kHz / 24-bit AIFF, FLAC high resolution audio formats
“Treat yourself or a needy Francophile to this delicious if unlikely combination ... [Dessay] is breathy, sexy, passionate and wonderfully virtuosic.” - The Times Natalie Dessay, further exploring musical territories beyond opera and classical song, visits Rio de Janeiro, the city that will host the 2014 World Cup and the 2016 Olympic Games. She is joined by guitarist Liat Cohen and two actress-singers, Agnès Jaoui and Helena Noguerra, in this encounter between France and Brazil. Natalie Dessay’s first album of popular songs – recorded with composer-pianist Michel Legrand – was released in late 2013. For Rio-Paris she is joined by three female performers, all renowned in France, who have connections with Portuguese and/or Brazilian culture: Liat Cohen, the French-trained Israeli classical guitarist, who has made something of a speciality of the music of Ladino-speaking Sephardi Jews, whose origins lie in Spain and Portugal; the French actress, screenwriter and singer Agnès Jaoui, who was born to a Sephardi family in Tunisia, and who is the adoptive mother of two Brazilian children and who has recorded two albums of songs in Spanish and Portuguese, Canta and Dans mon pays, and Helena Noguerra, a sultry Belgian-born singer and actress of Portuguese descent. The album features music by Villa-Lobos, Gilberto and Jobim, and by: Egberto Amin Gismonti (b. 1947 in Rio de Janeiro), a composer, guitarist and pianist who studied in Paris with the famed teacher Nadia Boulanger, and whose other musical influences include Jimi Hendrix; guitarist Baden Powell de Aquino (1937- 2000) – named after the founder of the scouting movement and normally known simply as Baden Powell; the poet and bossa nova composer Marcus Vinicius da Cruz e Mello Moraes (1913-1980), generally known simply as Vinicius de Moraes; the Paraguayan guitarist and composer Agustín Barrios Mangoré (1885-1944), and Waldir Azevedo (1923-1980) – another native Carioca – who played the ukelele-like cavaquinho and who specialized in choro, an intricate instrumental genre that originated in Rio in the 19th century.
96 kHz / 24-bit PCM – Erato/Warner Classics Studio Masters