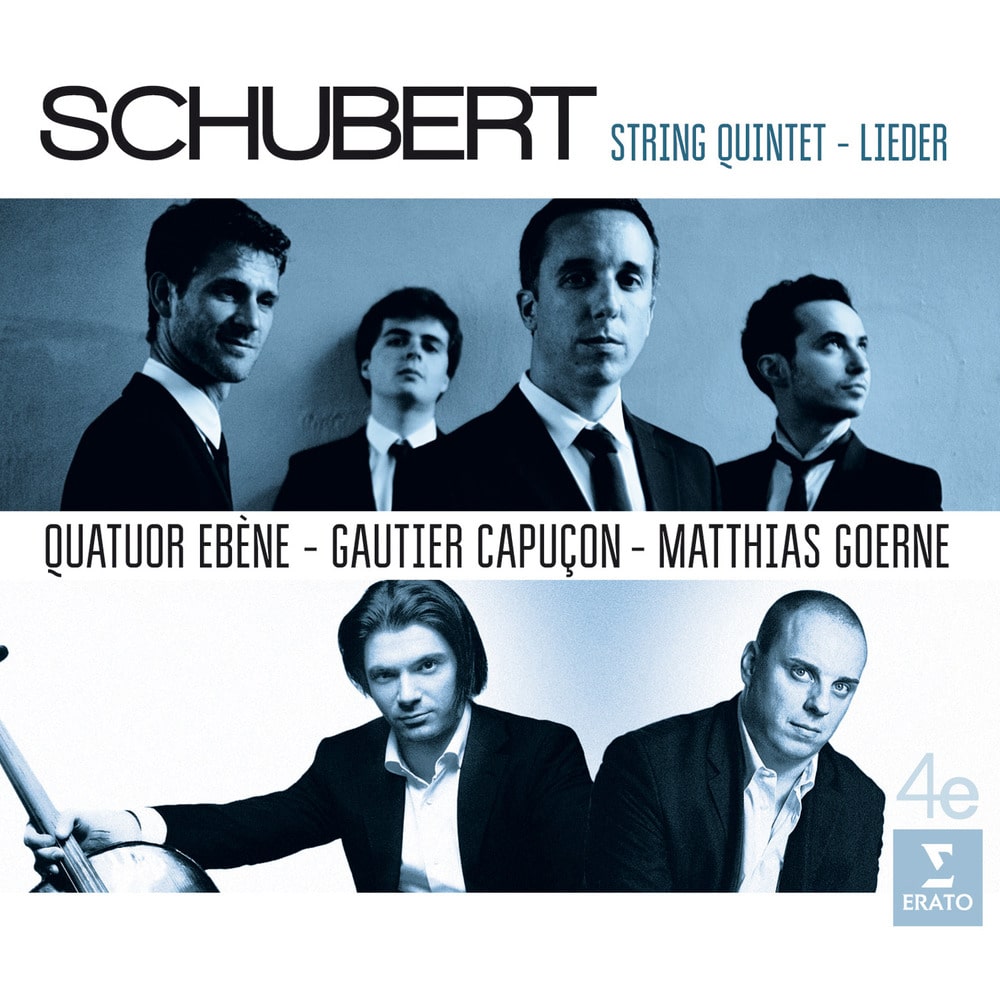 Available in MQA and 88.2 kHz / 24-bit AIFF, FLAC high resolution audio formats
"Their performance is more about probing the emotions swirling below. There is angst here, an almost fraught urgency to much of the playing, suggestive of the inner feelings of the composer in the last months of his life ... An unusual coupling brings baritone Matthias Goerne in a selection of Schubert songs arranged for the halo of a string accompaniment." - The Financial Times In a characteristically imaginative move, the Quatuor Ebène complements Schubert’s sublime Quintet for two violins, viola and two cellos (Gautier Capuçon joins the ensemble) with a group of his songs – sensitively arranged by the quartet’s cellist, Raphaël Merlin, and sung by German baritone Matthias Goerne, one of the world’s great interpreters of lieder. In 2014 Erato released Schubert’s glorious ‘Trout’ Quintet, recorded live at Paris’s Salle Pleyel by members of Quatuor Ebène with nonagerian pianist Menahem Pressler. The French quartet – with a new viola-player, 24-year-old Adrien Boisseau and a distinguished guest cellist, Gautier Capuçon – now turns to another Schubert quintet, his final chamber work and one of his sublime masterpieces: the Quintet for two violins, viola and two cellos in C major D956, often known simply as the Schubert Quintet. Its slow movement in particular, in which time seems to stands still, is a favourite with music-lovers.
88.2 kHz / 24-bit PCM – Erato/Warner Classics Studio Masters