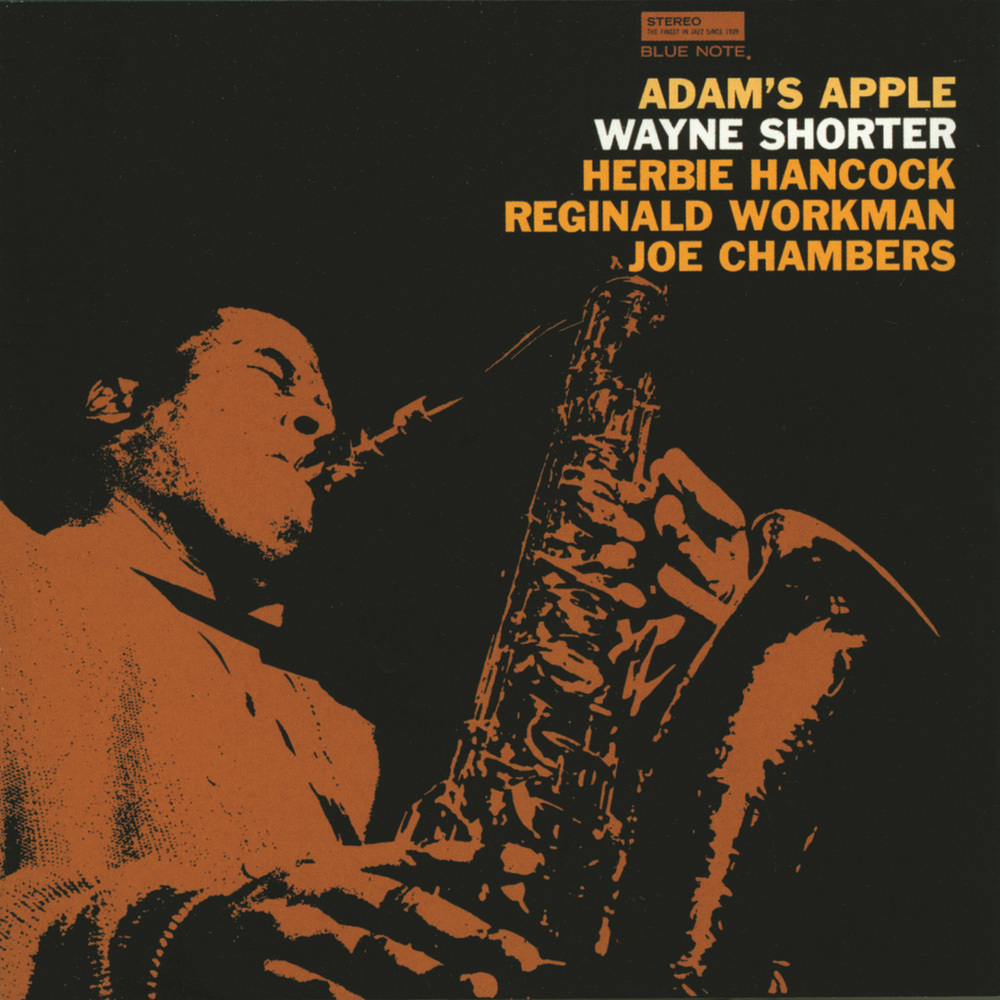 Available in 192 kHz / 24-bit, 96 kHz / 24-bit AIFF, FLAC high resolution audio formats
"... features Shorter leading an all-star rhythm section ... Hancock and Shorter find solace in each other ... Shorter's solos throughout are encouraged by Hancock's stride-like comping." - All About Jazz "(Blue Note) never tried to get me to go commercial. They’d pull the drummer and ask him to put a little more groove in something. Adam’s Apple responded to those suggestions most." - Wayne Shorter Recorded over two sessions in February 1966, Adam's Apple marks the debut appearance of Wayne Shorter's original composition Footprints, made famous a year later when Miles Davis released his own version, now considered a jazz standard. Both Shorter on tenor sax and pianist Herbie Hancock were members of Davis's second great quintet at the time and appear on both versions; for this album they recruited bassist Reggie Workman and drummer Joe Chambers to round out their quartet.
192 kHz / 24-bit, 96 kHz / 24-bit PCM – Blue Note Studio Masters