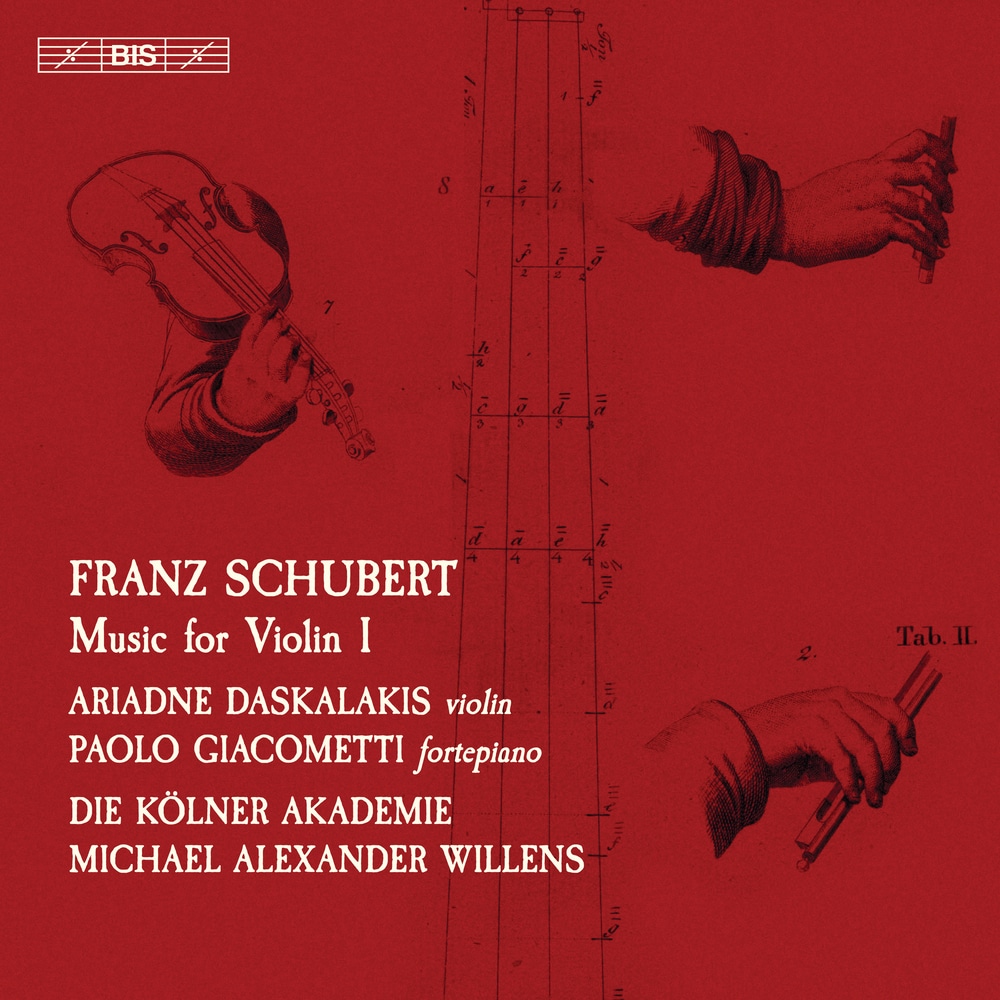 Violin music isn’t what one normally associates with Franz Schubert, but he did in fact receive his first violin lessons as a young boy from his father. At the age of 11 he was accepted as a member of the choir of the imperial court chapel, and as such became a pupil at the Stadtkonvikt School. There he joined the excellent student orchestra, eventually assuming the role of leader. Among his examiners was the court Kapellmeister Anton Salieri, who took a keen interest in Schubert’s compositions. Schubert left the school in 1813, but continued working with Salieri for a few years longer, possibly on some of the pieces recorded here – the Rondo, Konzertstuck and G minor Sonata all hail from 1816 while the Polonaise is from the following year. These early, unpretentious violin compositions were probably intended for Schubert’s older brother Ferdinand, who led the family string quartet in which Franz played the viola.

Composed in 1827, when Schubert had already written his symphonies, string quartets, piano sonatas and hundreds of songs, the closing Fantasy in C major is another matter. A substantial piece in four sections, it contains challenging writing for both instruments, demonstrating what a master Schubert himself was on both. On this and its soon-to-be-released companion disc, Ariadne Daskalakis has gathered all of Schubert’s works for violin. Equally at home on baroque and modern instruments, she has chosen to perform them in a historical context, joined by Paolo Giacometti on a fortepiano by Salvatore Lagrassa from c. 1815 and the period band Die Kolner Akademie conducted by Michael Alexander Willens.
96 kHz / 24-bit PCM – BIS Records Studio Masters