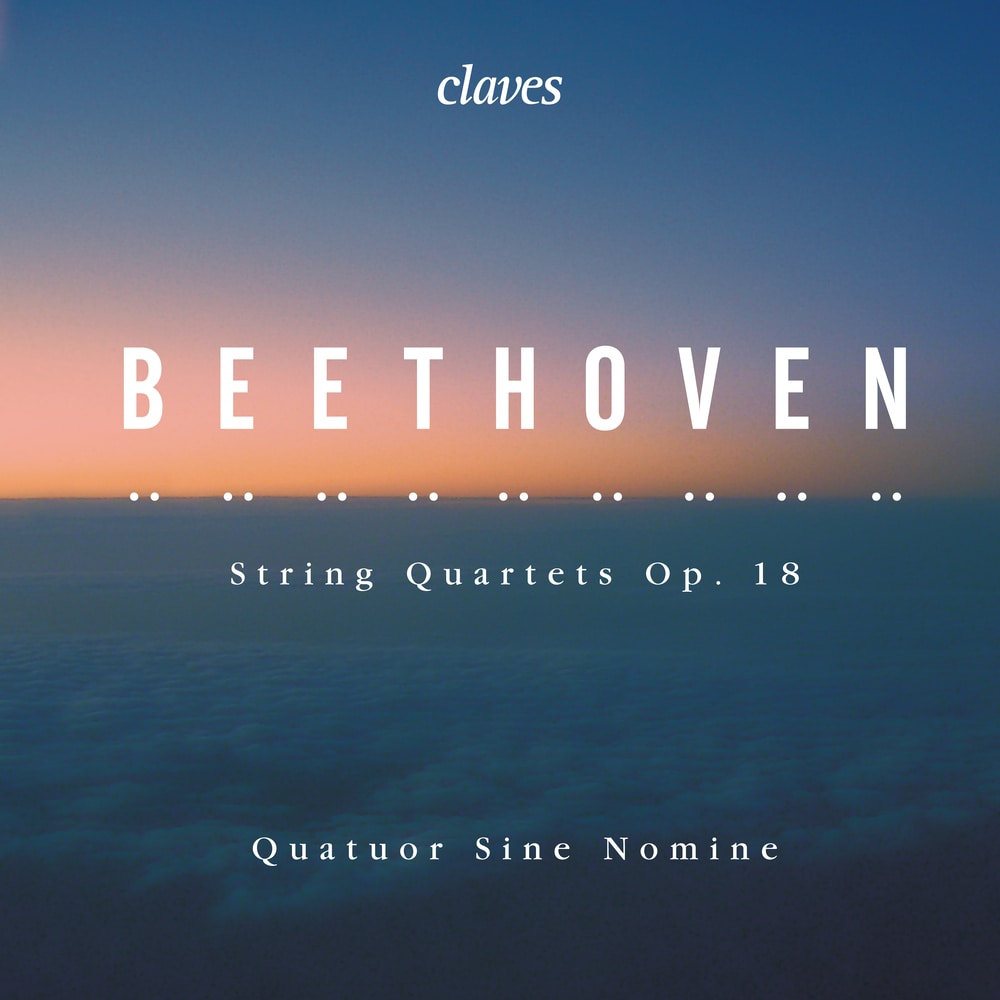 Available in 96 kHz / 24-bit AIFF, FLAC high resolution audio formats
The opus 18 Quartets were written in the following order: n° 3, 1, 2 (first group completed between the end of autumn 1798 and May 1799, resulting in an initial down payment of 200 Gulden to Beethoven), n° 5 (July-August 1799), 4 (summer-autumn 1799), 6 (between April and summer 1800). The collection was submitted to Prince Lobkowitz in October 1800 and resulted in a second payment of 200 Gulden. As for the first performances, we only have a trace of that of the Third Quartet (in D Major), played privately in the Prince’s salons by an ensemble led by violinist Karl Amenda, a dear friend of Beethoven’s. Like the Second and Third, the First Quartet (in F Major) was seriously reworked before its submission to the Prince. Beethoven mentioned this in a letter addressed to Amenda on 1st July 1801: “Take care not to share my quartet with anyone, as I have reworked it a lot, considering I only now know how to write quartets correctly, as you will notice when you get them.” We also know, thanks to Amenda, that Beethoven was inspired by the tomb scene of Shakespeare’s Romeo and Juliet for the contours of the slow movement, scene that tells of the heartbreaking separation of the two lovers: a statement confirmed by these verses found (in French) by the Coda on a draft sheet: “Il prend le tombeau / désespoir / il se tue / les derniers soupirs.” (He takes the tomb / despair / he kills himself / the final gasps). The Second Quartet (in G Major) was nicknamed Komplimentierquartett (literally “Curtsey Quartet”) with reference to its gallant style evoking the aristocracy balls. The Fourth Quartet perfectly summarises the state of mind that Beethoven found himself in when delivering his first quartets to the public: both dependent on the past (certain passages still dated from Bonn) and conscious of the new voice that inhabited him, embodied by a key signature in C Minor, which was to become emblematic of the future dramatic masterpieces to be, such as the “Pathétique” Sonata. Whereas the Second evoked Haydn, the Fifth Quartet (in A Major) is an explicit homage to his other great model, Mozart, and more particularly to his Quartet n° 18 in A Major K. 464. We know from his pupil Czerny that Beethoven copied large passages of the score and apparently exclaimed, while doing so: “This is what I call a work !” Lastly, the Sixth Quartet (in B flat Major) is singled out by a Finale opening onto a poignant Adagio named “La Malinconia” (melancholy) … difficult to be more explicit !
96 kHz / 24-bit PCM – Claves Records Studio Masters