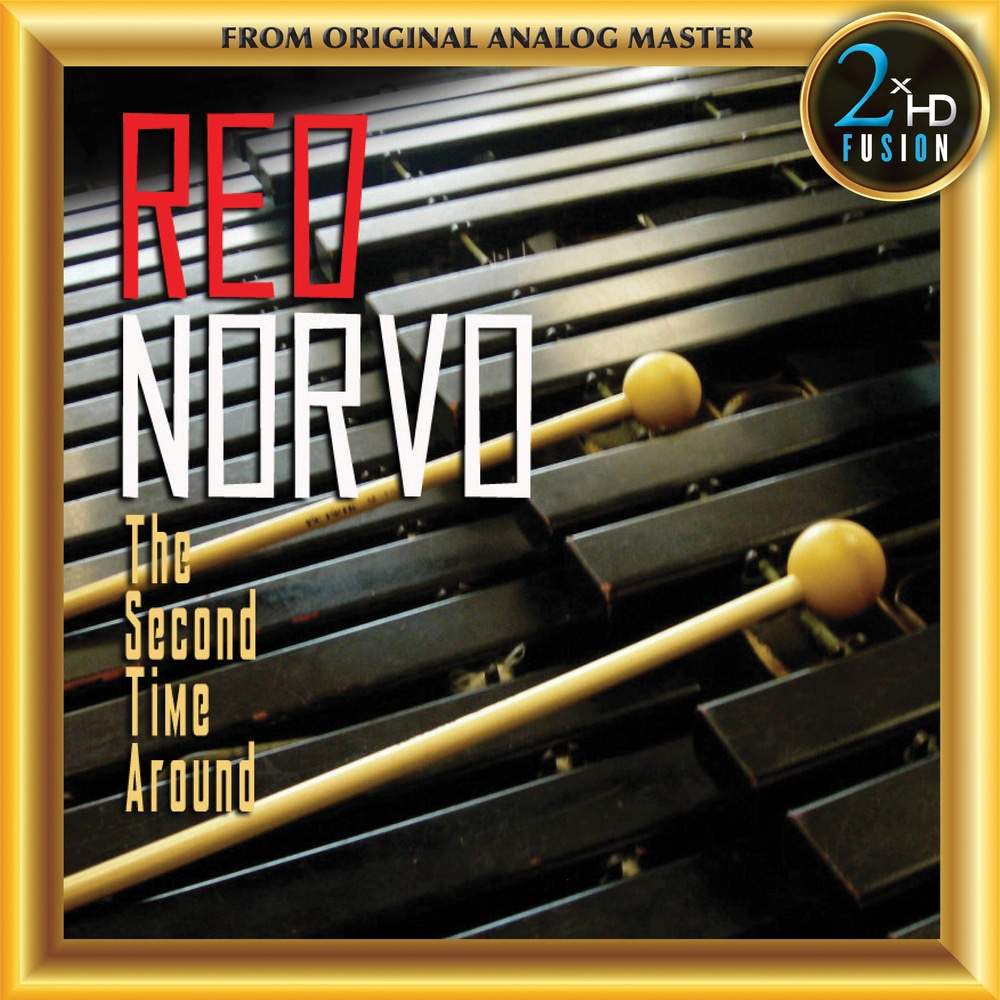 The Second Time Around

Available in 192 kHz / 24-bit, 96 kHz / 24-bit AIFF, FLAC and 11.2896 MHz, 5.6448 MHz, 2.8224 MHz DSD high resolution audio formats
This Red Norvo album was the direct result of the Odessa Jazz Party in Texas, in which Red and the rest of the group participated. Spread over six days, and excellently run by Dr. Koming Fulcher, the Odessa party brought together twenty or so musicians to play in various contexts, and there was a lot of relaxed swinging. The Norvo sessions at Odessa were particularly outstanding. So Red’s second Famous Door album was planned at this time, for when he returned to New York for his annual visit to Michael’s Pub. After making only one recording as a leader between 1960-1973, vibraphonist Red Norvo cut three albums for Famous Door during 1975-1977. This LP, aptly titled The Second Time Around, is an excellent effort. Red plays six veteran swing standards plus his own "Santa Monica Blues" with pianist Dave McKenna, bassist Milt Hinton, drummer Mousey Alexander, and (on four of the seven numbers) Kenny Davern on soprano. These small-group swing performances (which some would call "mainstream") are most enjoyable
192 kHz / 24-bit, 96 kHz / 24-bit PCM and 11.2896 MHz, 5.6448 MHz, 2.8224 MHz DSD – 2xHD Studio Masters