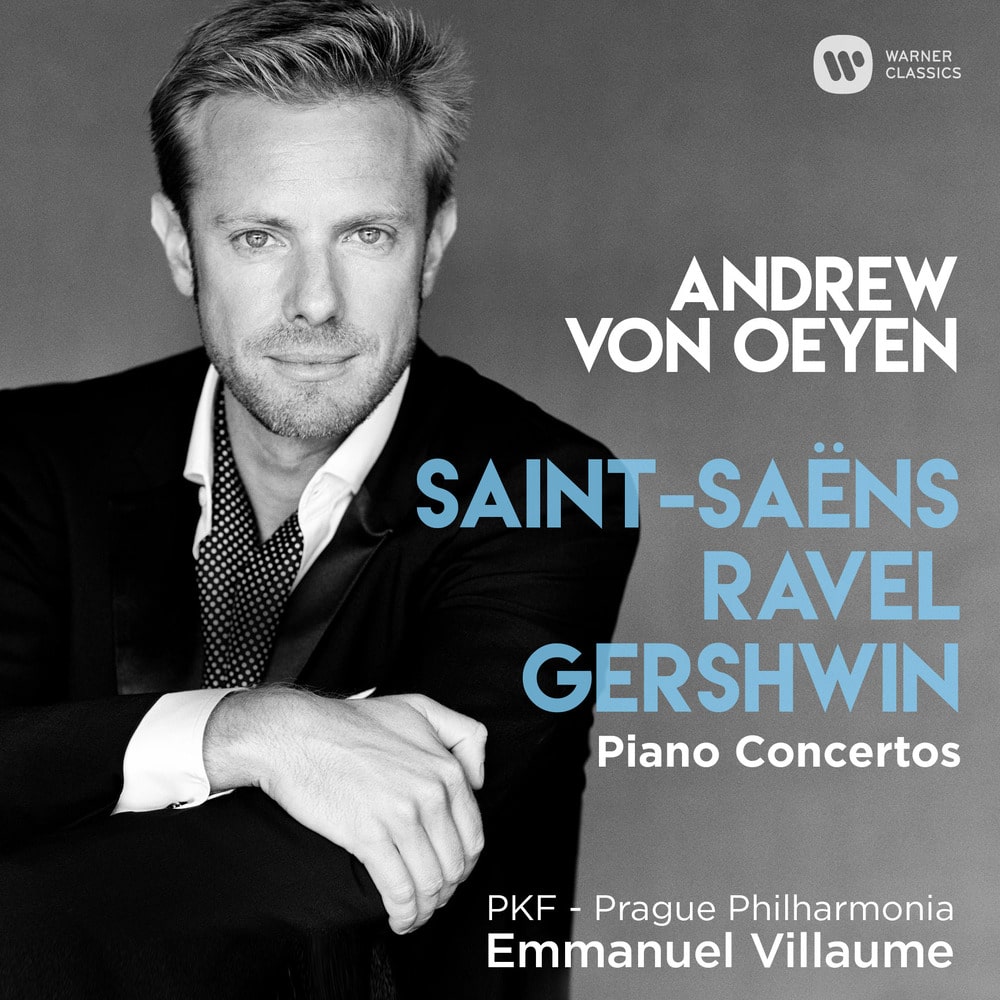 Living as he does between Paris and Los Angeles, pianist Andrew von Oeyen is the ideal interpreter for this enticing programme: flanking Ravel’s Piano Concerto in G with Saint-Saëns’ Piano Concerto No. 2 and Gershwin’s Second Rhapsody, it explores Franco-American cross-currents.

Andrew Von Oeyen is partnered by the PFK Prague Philharmonia under its Music Director and Chief Conductor Emmanuel Villaume – a French musician who is also very much at home in the USA.

“Perhaps it is no coincidence that my debut album for Warner Classics presents a Franco-American theme,” says pianist Andrew von Oeyen of this programme of works by Saint-Saëns, Ravel and Gershwin. An American (of German and Dutch origin) who trained at New York’s Juilliard School is partnered on the album by the PFK Prague Philharmonia under its Music Director and Chief Conductor Emmanuel Villaume – a Frenchman who is very much at home in the USA, as Music Director of the Dallas Opera and as a frequent guest conductor with America’s leading opera companies and orchestras.

The works Andrew von Oeyen has chosen for this album are Saint-Saëns’ Piano Concerto No. 2 in G minor, dating from 1868, Ravel’s Piano Concerto in G, written between 1929 and 1931, and Gershwin’s Second Rhapsody, composed in 1931, seven years after the Rhapsody in Blue.
48 kHz / 24-bit PCM – Warner Classics Studio Masters