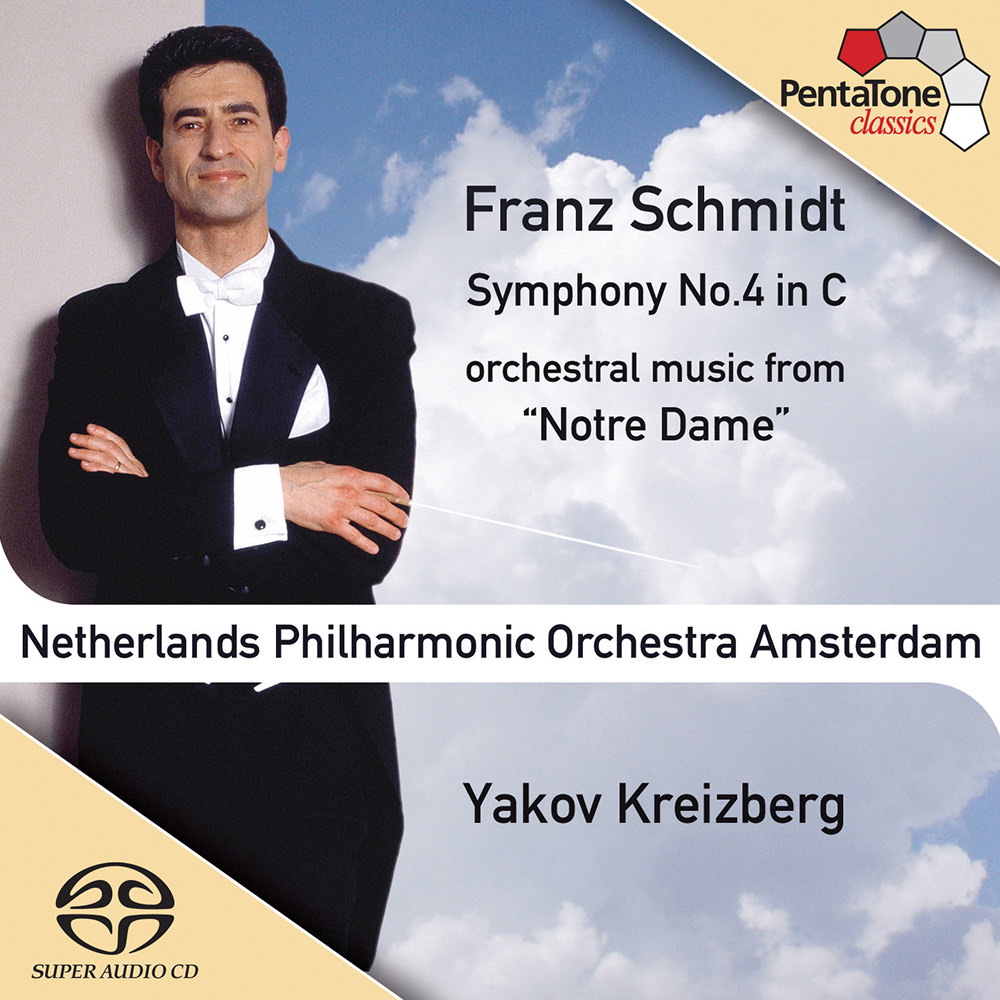 Available in 96 kHz / 24-bit AIFF, FLAC and 2.8224 MHz DSD high resolution audio formats
"... marvelously wrought, substantial, beautifully played and instantly memorable. PentaTone's sonics are rich and full, with impressive bass and plenty of inner clarity ... worth hearing on purely musical grounds ... I highly recommend it." - ClassicsToday.com The Netherlands Philharmonic Orchestra Amsterdam and Yakov Kreizberg present this programme devoted to Franz Schmidt and his emotionally-charged Symphony No. 4, written by the grief-stricken composer in memory of his daughter who died after giving birth to her first child. The symphony, subtitled Requiem for my Daughter, contrasts sharply with the three excerpts from Schmidt's romantic opera Notre Dame rounding out the album.
96 kHz / 24-bit PCM and 2.8224 MHz DSD – PentaTone Studio Masters