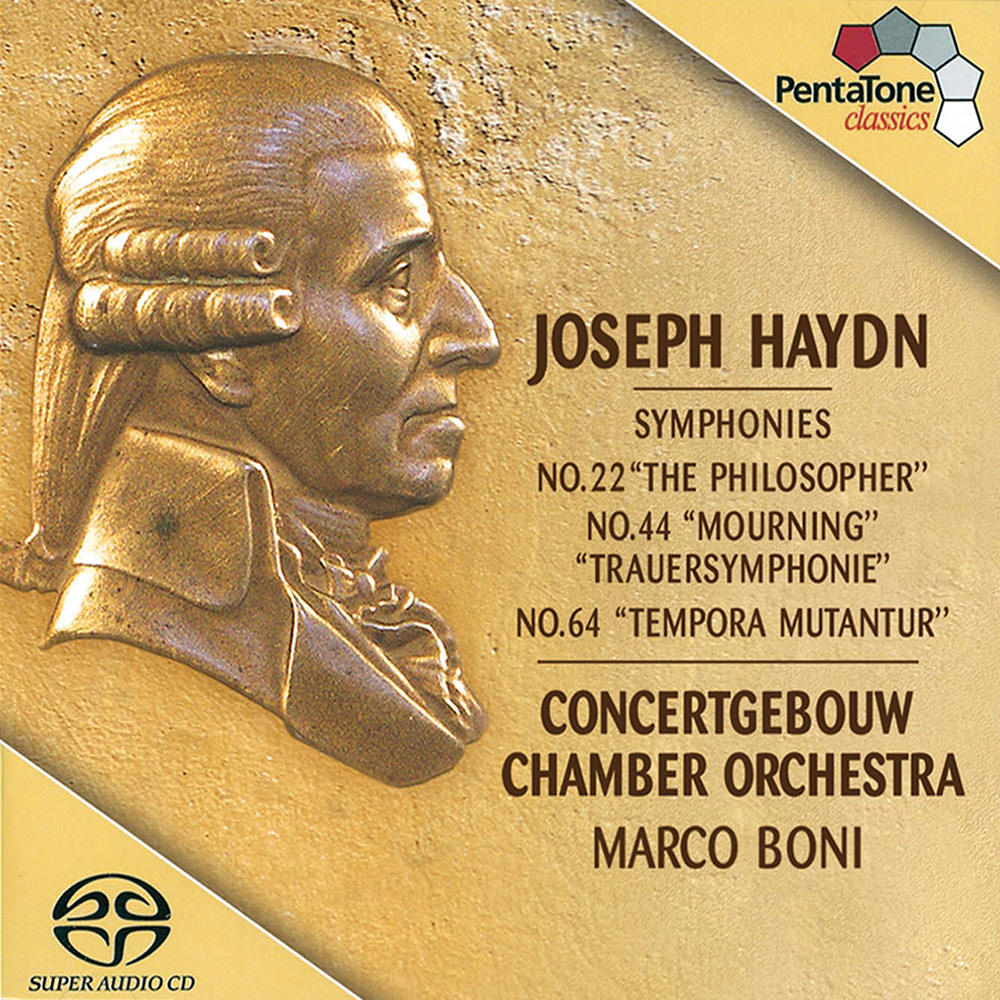 Marco Boni leads the Concertgebouw Chamber Orchestra on this recording featuring Haydn's best known early symphony, his No. 22, subtitled "The Philosopher." The album also includes Symphony No. 44 "Mourning", a portion of which Haydn asked to be played at his funeral; the Symphony No. 64, nicknamed "Tempora Mutantur" ("the times change"), completes the programme.
96 kHz / 24-bit PCM and 2.8224 MHz DSD – PentaTone Studio Masters