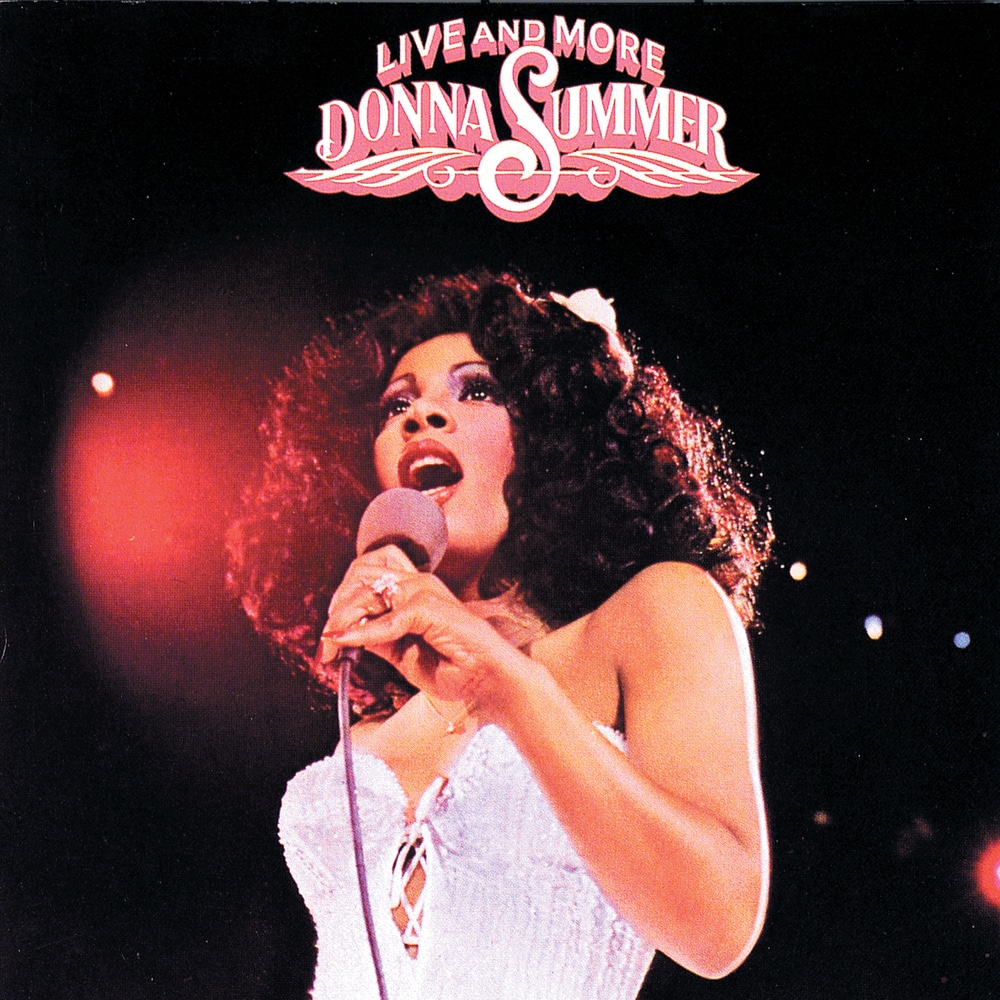 Available in 192 kHz / 24-bit, 96 kHz / 24-bit AIFF, FLAC high resolution audio formats
Billboard 200 - #1, 1978 Billboard Hot 100 - #1, 1978 - MacArthur Park "Summer at her grandest -- as an old-fashioned soul singer out of Motown ..." - Rolling Stone "... Summer’s spine-tingling vocal on MacArthur Park Suite is her single most riveting performance ever." - PopMatters.com Three sides of this double album were recorded live in Los Angeles at the height of Donna Summer's popularity in 1978, while the fourth side contains original studio material, hence the title Live And More. The live material spans all of Summer's greatest hits to that point as well as some interesting covers and jazz interpretations. The studio side comprises the MacArthur Park Suite, an extended medley of four songs including the main song MacArthur Park, the Richard Harris classic from the 1960s. The edited version of the song was Summer's first number one Billboard hit and garnered her a Grammy nomination for Best Female Pop Vocal Performance. Another song in the medley, Heaven Knows, went to number four on the singles chart. Live And More has sold over two million copies in the US. “Donna Summer’s vocal performance of MacArthur Park is nothing short of astounding.” - Jimmy Webb, MacArthur Park songwriter
192 kHz / 24-bit, 96 kHz / 24-bit PCM – Island Def Jam Studio Masters