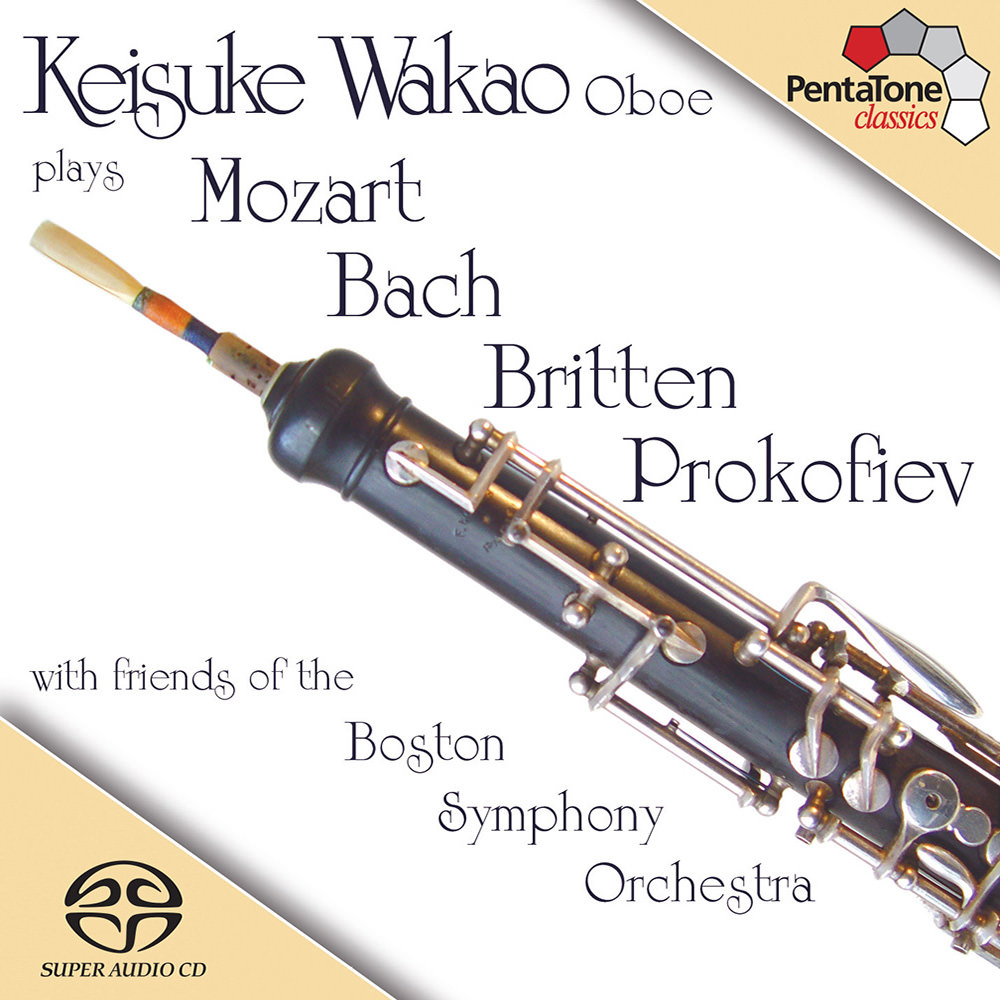 "... a beauty ... (Keisuke Wakao) is with other superb musicians associated with the Boston Symphony in a varied programme ... a fine job capturing the sound of the ensembles."
- ClassicalCDReview.com

Keisuke Wakao, the assistant principal oboist with the Boston Symphony Orchestra, is joined by some of his friends from the BSO on this recital of oboe works by Mozart, Bach, Britten and Prokofiev, a sonic and musical treat recorded in 2002.
96 kHz / 24-bit PCM and 2.8224 MHz DSD – PentaTone Studio Masters