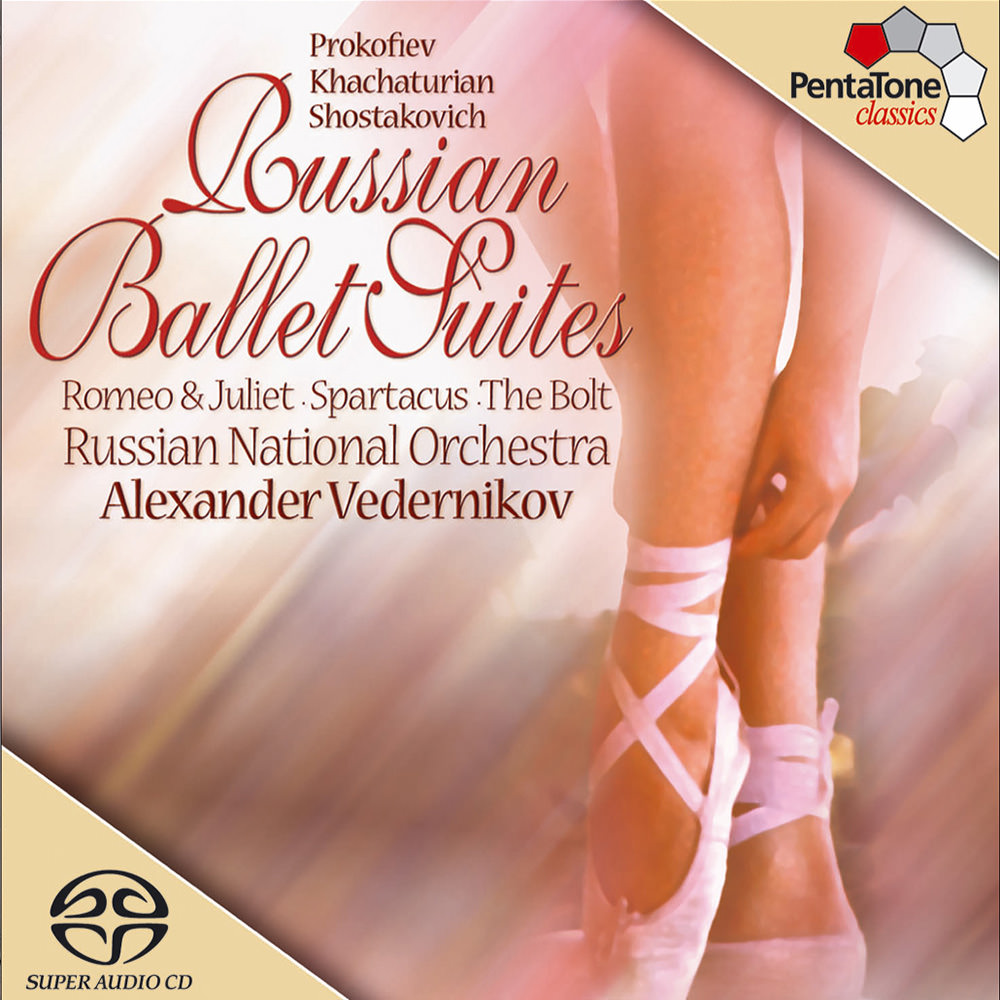 Available in 96 kHz / 24-bit AIFF, FLAC and 2.8224 MHz DSD high resolution audio formats
"Vedernikov's pacing seems entirely natural ... the Prokofiev and Khachaturian have nearly all the cinematic sweep you could want; Vedernikov is better than most conductors at maintaining the edge and intensity of the frantic sword fight passage in Death of Tybalt ..." - Fanfare "Four Stars ... a thoroughly Russian production in every way ... the playing is superbly balletic and spirited and the programming of the three suites achieves plenty of variety and interest ... rich, sparkling and enveloping ... even if you already own the complete Romeo and Juliet you should at least sample this wonderful trio of works for its energy and terrific sonics." - Audiophile Audition It doesn't get more authentic than this: a Russian conductor leads a Russian orchestra on three great works by Russian composers, recorded in Moscow. The energetic performances and sonics of all three pieces were highly praised when this album was first released in 2004.
96 kHz / 24-bit PCM and 2.8224 MHz DSD – PentaTone Studio Masters