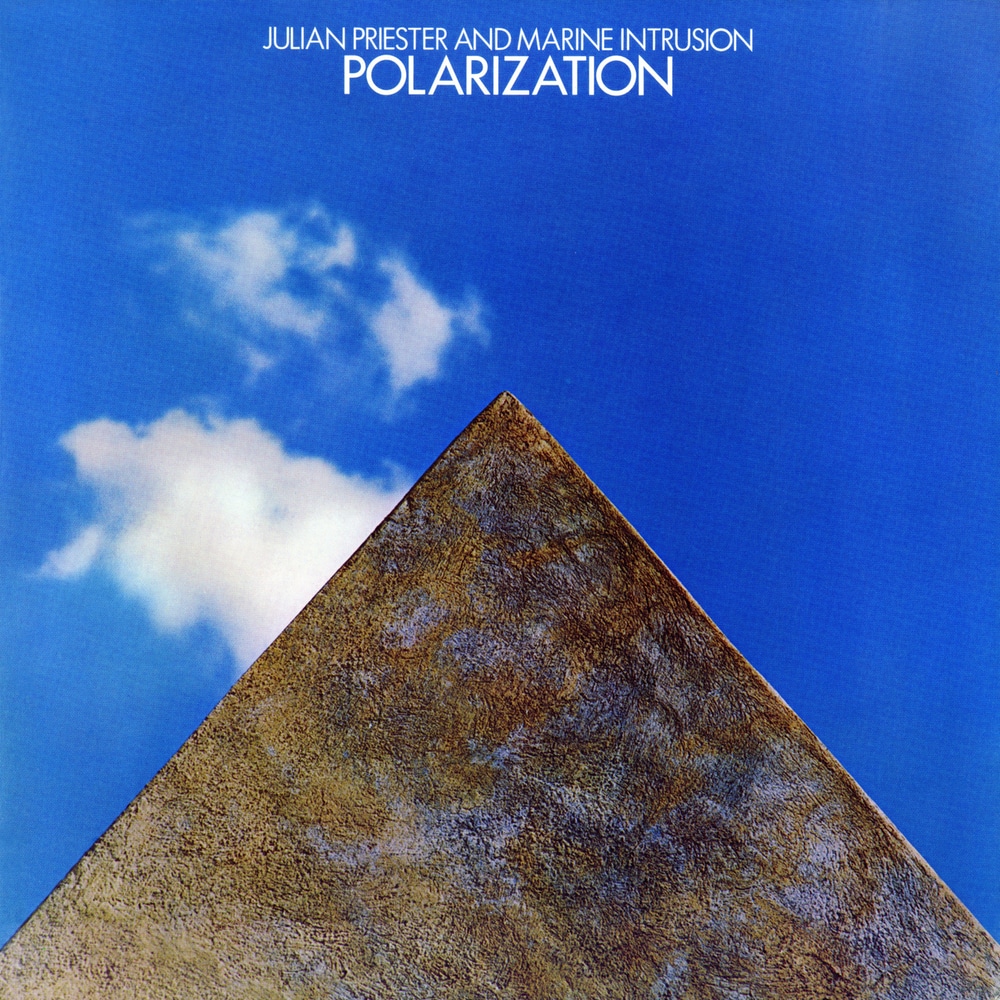 Available in 96 kHz / 24-bit AIFF, FLAC high resolution audio formats
The trombone is the viola of the brass world. It is arid, languid, and also incredibly beautiful in its range and melodic honesty. And on Polarization, Julian Priester’s ECM follow-up to his 1973 Love, Love session, we get more of that gorgeous depth than we could ever ask for. The first three tracks form a unified whole. “Polarization” (Priester) begins with two overdubbed trombones improvising in a lofty space. We get some wonderful staccato technique in the left channel, and a wealth of implied energy all around. As the right-hand trombone fades, we hear the slightest indication of drums at the cut’s tail end, of which “Rhythm Magnet” (Priester) fleshes out every audible detail. Synthesized strings lend expanse while bassist Heshima Mark Williams lays down a gorgeous, almost Bill Laswell-like mysticism, albeit with an added twang and sharper features. Ray Obiedo weaves a slack guitar into the mix, and as the horns settle in to their respective stations, the piano lets out a final exaltation. “Wind Dolphin” (Bruce Horiuchi) begins with a cluster of drums. From this, we get a flowing run from brass and flanged guitar. The band breaks into a powerful free-for-all, marked by a “laughing” trombone and piano. “Coincidence” (Obiedo) is a piece for trombone, acoustic guitar, and piano, as beautiful as it is short. “Scorpio Blue” (Curtis Clark) arises from a solo trombone as drums lift the piano skyward into rolling flights of fantasy. The final track, “Anatomy Of Longing” (Curtis Clark), brings on the funk with electric guitar ornamenting the already fine calligraphy of the brass. And just when you think the music is over, it drips into a simmering sax solo over a pellucid piano and cymbals before the bass line returns with its undeniable insistence. The sax reels while the electric guitar squeals in joy over the thematic reinstatement before hurtling itself forward into an enthralling solo of its own. A smooth nightcap to a phenomenal outing. While not as consistent in texture as Priester’s earlier effort, Polarization delivers in its many moods and emotional travels. The musicians don’t so much feed off as feed into one another, nourishing a delicate conversation in which agreement is the norm. Their harmonies are tender, the synergy relaxed and intuitive, acute yet soft around the edges. The recording is superb, the resonance at once immediate and expansive.
96 kHz / 24-bit PCM – ECM Records Studio Masters