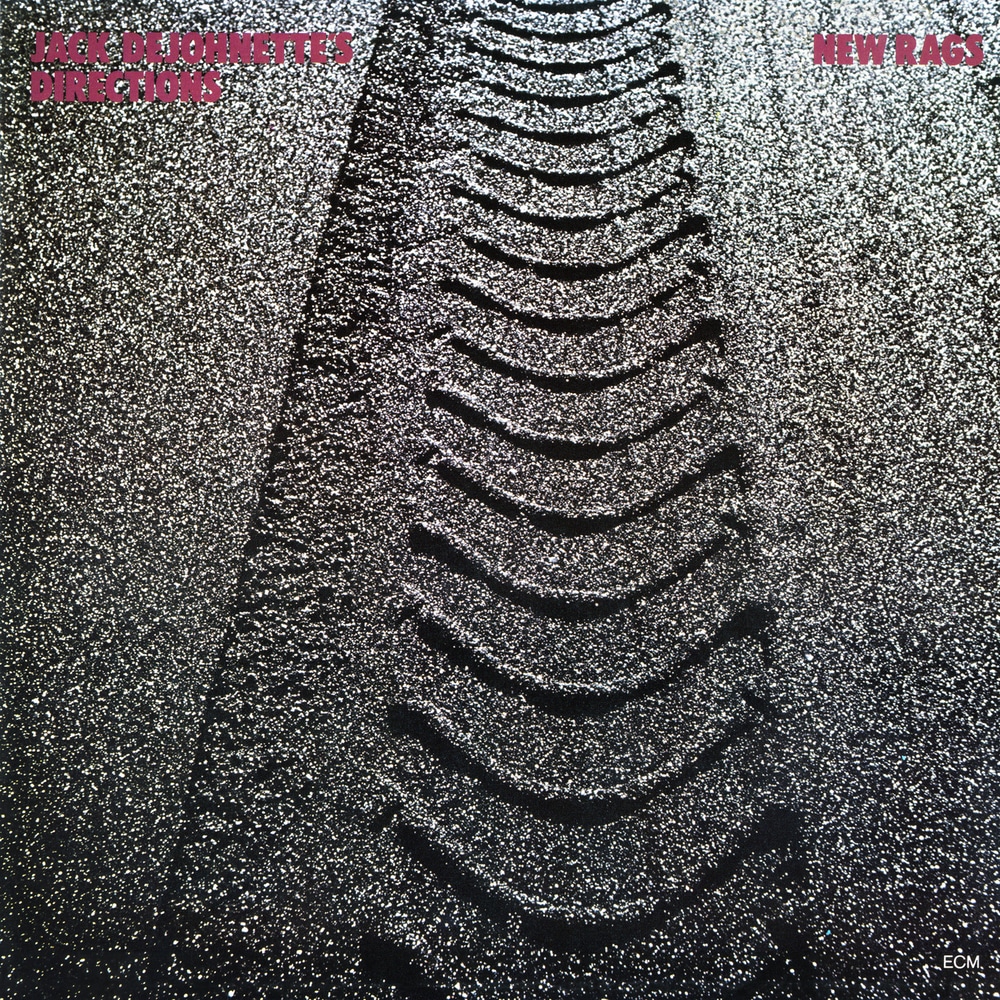 Available in 96 kHz / 24-bit AIFF, FLAC high resolution audio formats
Directions was a short-lived unit from the evolving mind of drummer Jack DeJohnette, who on this ECM joint proved once again that his deftness at the keyboard is almost on par with his mainstay. New Rags features the same line-up (John Abercrombie on electric guitar and mandolin, Alex Foster on reeds, and Mike Richmond on basses) as 1976’s Untitled, sans Bernhardt. Our frontman meanders into the thick of things with three originals, of which the title track bristles with luscious work from Richmond in a steady interplay with all. The consistent improv comes to a head at the halfway point, where Foster pulls his fingers as if in a vast string game by way of transition. We lapse into a brief, somnambulant carnivalesque before merging back on track as Abercrombie leads the charge, loosing a thematic call to arms that concludes in delight. An energetic groove awaits us in “Minya’s The Mooch,” in which sax and guitar are more than happy to hop onto the rhythmic bandwagon. Energies subside as quickly as they flare, leaving Abercrombie to hang in space like the brightest star on a cloudy night. Meanwhile, the elegant sax trio of “Lydia” is a short but sweet diamond in the rough that is sure to win your heart. Foster counters with two sucker punches of his own. “Flys” is an upbeat number with attentive chording from Abercrombie. The final “Steppin’ Thru,” however, outshines the others combined in a 10.5-minute exposition with the raw intensity of an Everyman Band. Abercrombie wrenches out the album’s best solo here, more than willing to take us along for the ride. The energy accumulates with a funky electric bass before fading out, having no other recourse to finish. New Rags lives up to the group’s name. With purposive commitment and forward-looking arrangements, DeJohnette serves up another piping hot dish of auditory comfort food.
96 kHz / 24-bit PCM – ECM Records Studio Masters