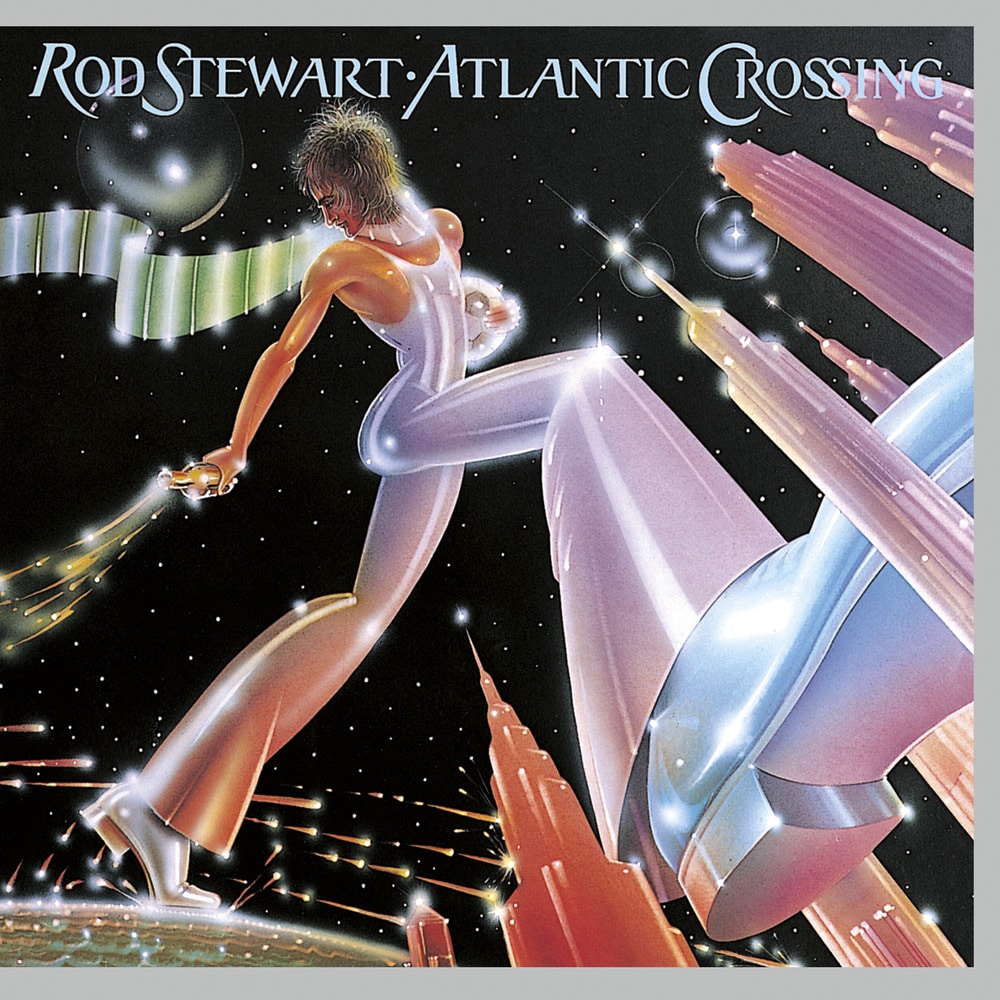 The title indicated Stewart's new commercial and artistic direction, referring to both his crossing over to Warner Brothers and on his departure to escape the 83 per cent top rate of income tax introduced by British Labour Prime Minister Harold Wilson for the jet-set lifestyle in Los Angeles (where he had applied for American citizenship at this time). The album was divided into a slow side and a fast side, apparently at the suggestion of Stewart's then-girlfriend, Swedish actress Britt Ekland. Stewart would repeat the format for his next two albums.

With Atlantic Crossing, Stewart ended his association with Ronnie Wood, Ian McLagan and the stable of musicians who had been his core collaborators on his classic run of albums for Mercury Records, fusing soul and folk. Instead, he used a group of session musicians, including The Memphis Horns and three-quarters of Booker T. and the MG's. The album was produced by Tom Dowd, the famous engineer and producer on records by so many of Stewart's heroes during Dowd's time on staff at Atlantic Records.
192 kHz / 24-bit, 96 kHz / 24-bit PCM – Rhino/Warner Records Studio Masters