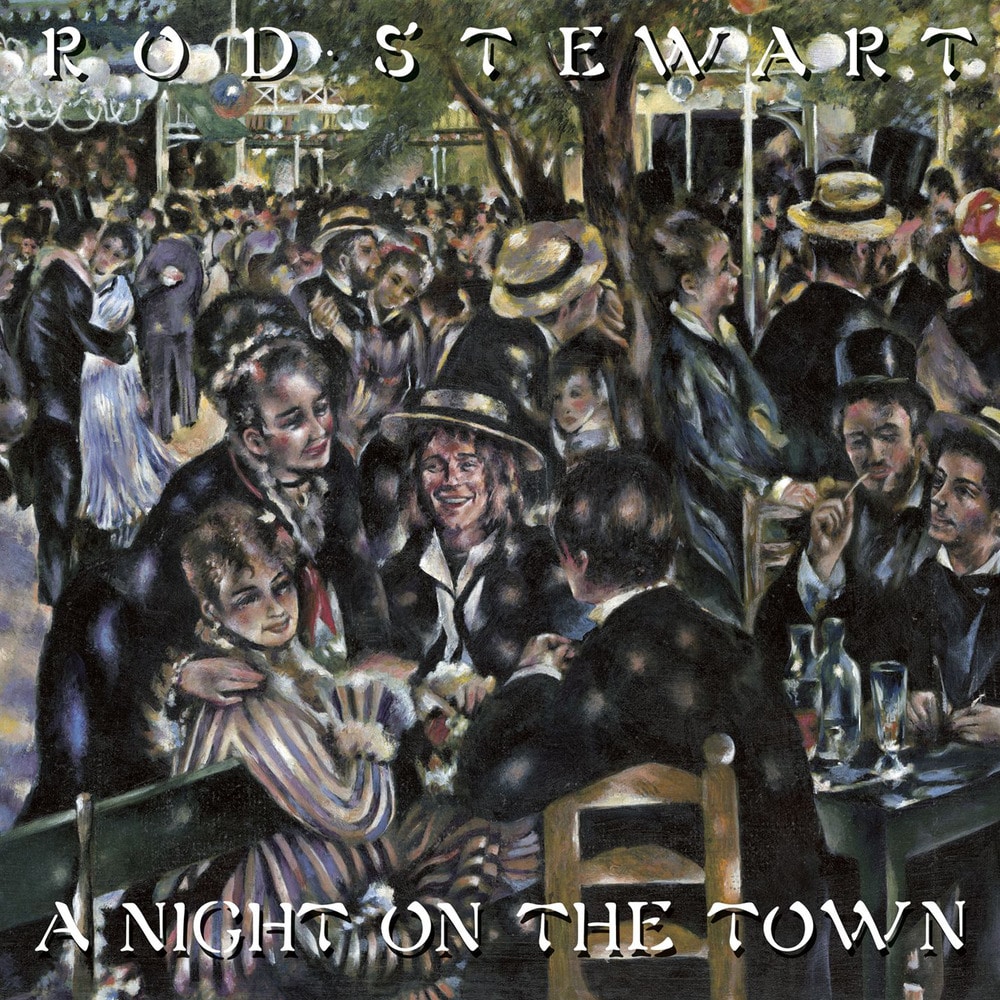 A Night on the Town

A Night on the Town is Rod Stewart's seventh album, released in 1976. The cover art is based on Pierre-Auguste Renoir's painting Bal du moulin de la Galette, with Stewart inserted in the centre in period costume. A Night on the Town was Stewart's last UK number-one studio album until Time in 2013.

The album is regarded as one of Stewart's finest. "The Killing Of Georgie" is one of Stewart's most hard hitting set of lyrics, a melancholic tale of a gay friend who is cast out by his family and becomes a sensation in the New York nightlife, only to be mugged and beaten to death by a New Jersey gang in New York City. Controversial "Tonight's the Night" was a No. 1 hit but was banned by some radio stations due to the very obvious lyrics about sex and loss of virginity. A cover of Cat Stevens' "The First Cut Is The Deepest" was also a success and has since become one of Stewart's signature songs. Another controversial song, "The Balltrap", again had explicit sexual references in its lyrics as well as a touch of racism towards a trashy woman.
192 kHz / 24-bit, 96 kHz / 24-bit PCM – Rhino/Warner Records Studio Masters