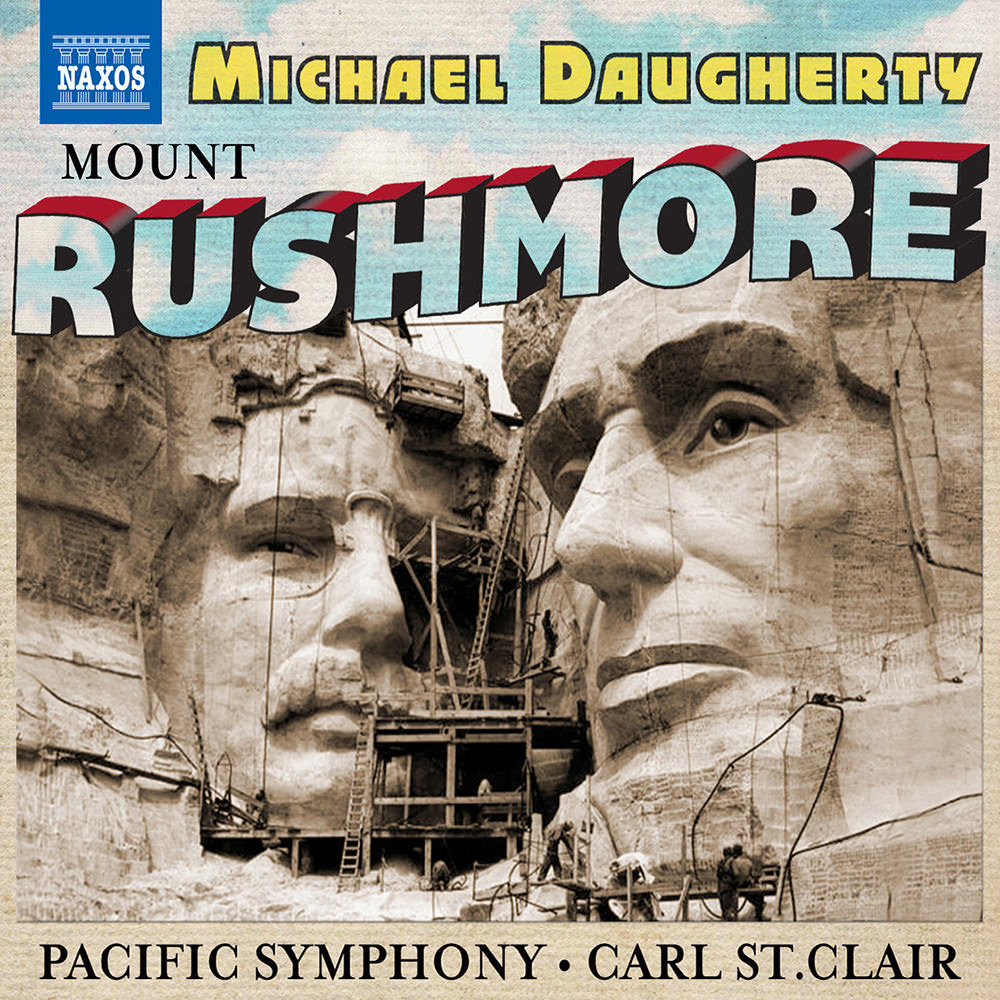 Available in 96 kHz / 24-bit AIFF, FLAC high resolution audio formats
“Carl St Clair wields his Pacific Symphony—particularly its brass—with an exciting grasp of postmodern Americana.” - Ken Smith, Gramophone “Mount Rushmore is a terrific piece, as much a contribution to musical Americana as anything by Copland or Thomson. Moreover, it’s played with tremendous verve and passion by St Clair and his multitude of musicians, and the recording’s wide dynamics are very well caught by the Naxos engineers.” - Dan Morgan, MusicWeb International “The Gospel According to Sister Aimee is... brilliantly scored for organ, brass, and percussion, with the organ part vividly played by Paul Jacobs... there’s no question that Carl St. Clair and the Pacific Symphony and Chorale do a splendid job...” - David Hurwitz, ClassicsToday.com The Pacific Symphony Orchestra and conductor Carl St. Clair present an engrossing collection of orchestral works by Grammy Award-winning American composer Michael Daugherty's, known for his compositions on American themes. The title work Mount Rushmore features the Pacific Chorale and is an oratorio that reflects on the life and times of the four presidents depicted on the side of the Black Hills, and which St. Clair pairs with the creative Radio City (inspired by Toscanini) and The Gospel According to Sister Aimee (about the charismatic religious celebrity), featuring organist Paul Jacobs.
96 kHz / 24-bit PCM – Naxos Studio Masters