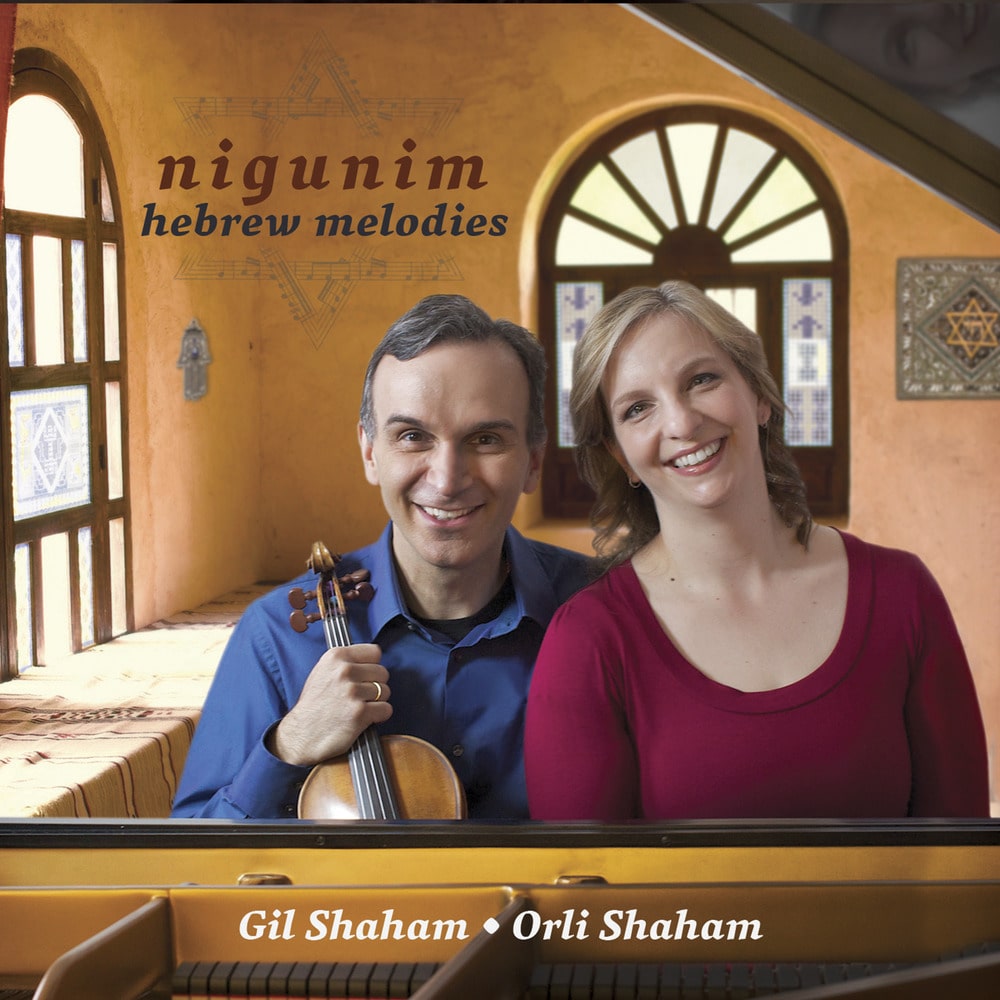 Siblings Gil and Orli Shaham's Nigunim is a wonderful and thought provoking offering of Hebrew melodies. Jewish folk music has always played an integral part in the Shaham's life; as a small child Gil fondly remembers hearing Achron's Hebrew Melody being sung by his grandparents in Jerusalem. This music, more often than not, vividly evokes troubled origins, the music providing an escape of sorts and the violin the perfect voice which transcends the world from which they sprang. "One very powerful aspect of this music is its soulfulness," Orli Shaham says; "I don't care what background you come from, I don't think you can listen to it without feeling that connection."

The center-piece of the disc comes from the work sharing the album's title Nigunim. Commissioned by Gil and Orli Avner Dorman's Nigunim shares the universal appeal of the wordless melodies on which it was named. Unlike Bloch, Achron and Zeitlin, Dorman is a composer/pianist and this can be clearly heard in the equality he gives the piano in this engaging four movement violin sonata.

"He has created a masterpiece and in my experience everybody who hears the piece falls in love with it – they're electrified by it," Gil explains. Indeed, when he performed the work, San Diego Today affirmed that "it was hard to miss [its] visceral excitement and structural elegance," the Boston Globe admiring the "uncommonly intriguing sounds". John Williams is the only composer here who does not share the Shahams' Jewish heritage, but his mastery in the score Schindler's List is such that according to Orli in this piece "he has absolutely captured the feeling of ghetto life and what that looked like and how people interacted … the pieces included here are so authentic that they are a part of this tradition."
44.1 kHz / 24-bit PCM – Canary Classics Studio Masters