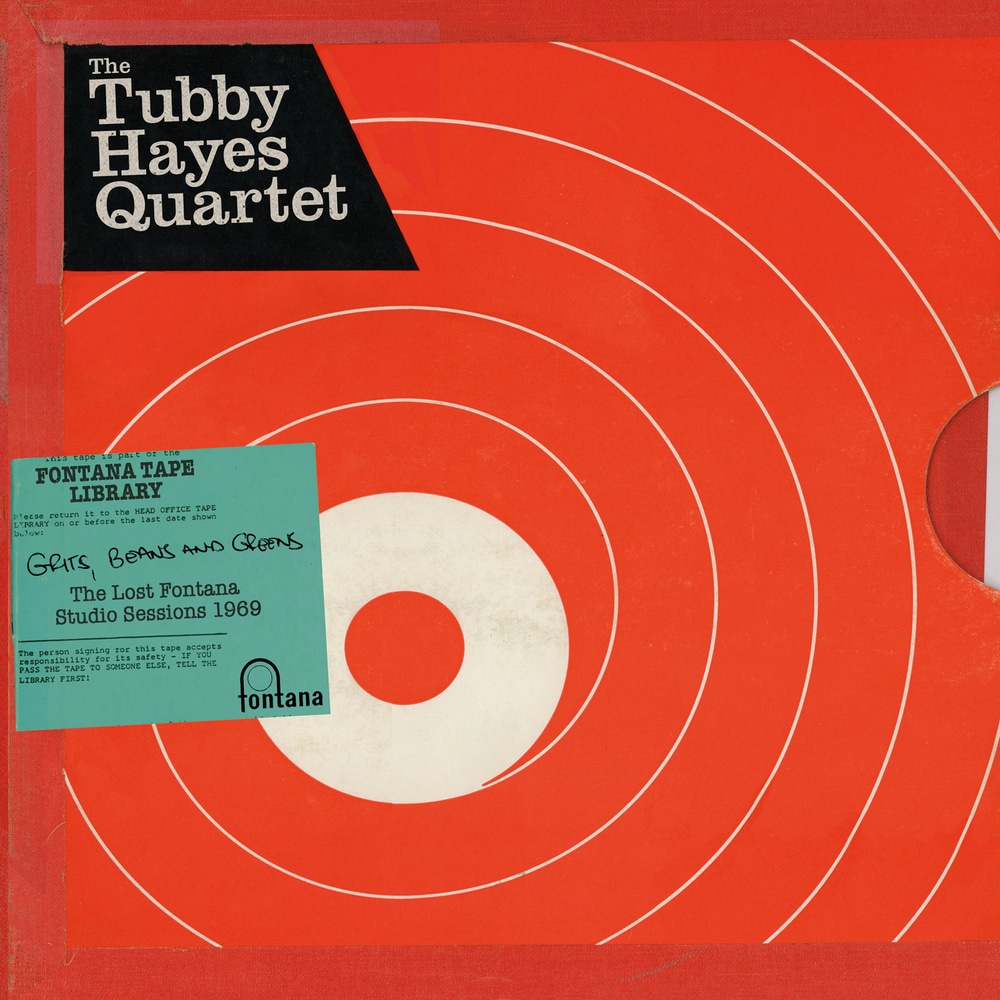 Available in 88.2 kHz / 24-bit AIFF, FLAC high resolution audio formats
The previously unissued and newly-rediscovered Grits, Beans and Greens: The Lost Fontana Sessions, by the great British jazz saxophonist Tubby Hayes have been recovered and released. Already hailed as a major event in the jazz world, the 1969 recordings were previously assumed to be lost or destroyed, and the sessions represent some of Hayes’ best-ever work. By the time of the Grits, Beans and Greens sessions, the London-born Edward ‘Tubby’ Hayes had been a significant name in jazz for many years. He toured and recorded with his own big band, had his own television series and amassed a vast canon of albums from 1955 onwards. He also worked with such American titans as Quincy Jones, Ella Fitzgerald, Charles Mingus and Duke Ellington, and was admired by Miles Davis, Cannonball Adderley and Sonny Rollins. At the time of the 1969 sessions, Hayes was also working on a more commercial project called The Orchestra, in which he aimed for the pop and easy listening market with covers of The Beatles, Burt Bacharach and Nancy Sinatra. The album fared relatively poorly, and with his health faltering, the saxophonist ceased recording. He died after open heart surgery at just 38, in 1973, and the Grits, Beans and Greens tapes were filed away and later mislaid. Their rediscovery came about when the late jazz writer and Polygram catalogue manager Richard Cook saw entries in Hayes’ diary that detailed a number of recording sessions. Cook trawled through the Polygram archives and, in one of the great “finds” in jazz history, unearthed the 1969 tapes. Cook then left the company and it was only in 2018 that awareness of their existence resurfaced. Decca/Universal then employed the high-end vinyl specialists Gearbox Studios to master the sessions for the first time. A 180-gram vinyl edition was created using an original 1960s-era Studer C37 tape machine and a Scully Lathe, the same model that was used by jazz record engineering luminary Rudy Van Gelder.
88.2 kHz / 24-bit PCM – Decca (UMO) Studio Masters