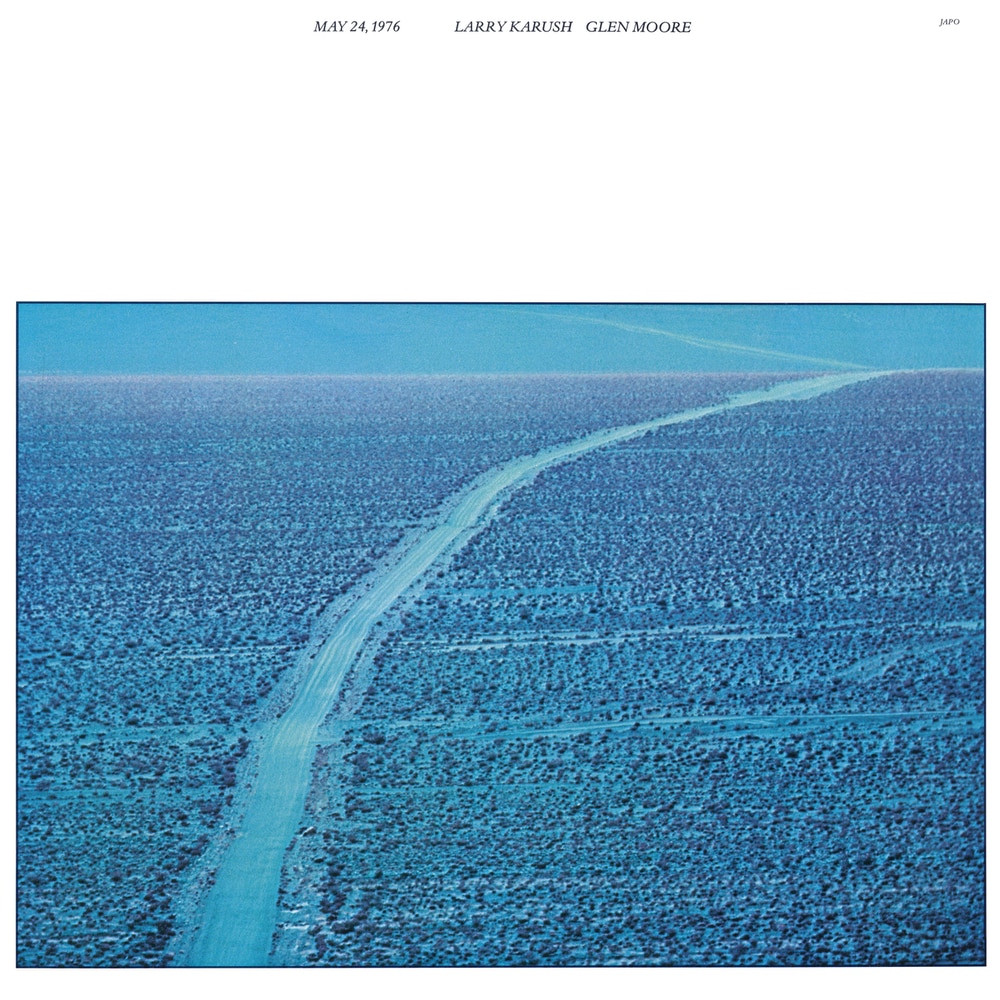 Available in 96 kHz / 24-bit AIFF, FLAC high resolution audio formats
Bassist and Oregon cofounder Glen Moore joins pianist Larry Karush (who can be found lurking elsewhere on ECM as part of Steve Reich’s ensembles) in a fascinating encounter recorded on the titular date for the JAPO label. Perhaps because the two had already nurtured a deep synergy, what might have been a straight-up duo project instead turned into a spacious and variegated statement. Karush serves up four memorable solo portions, including opener “Untitled.” Balancing cloudy textures with sudden intakes of breath, it leaves only ash to tell of the fire that once burned there. “Transit Boogie,” on the other hand, is a forward-moving piece of ragtime nostalgia that delights in interlocking parts. “Vicissitudes” and “Pamela: At The Hawk’s Well” round out the solo ventures with introspections and intense descriptiveness. Moore’s single lone contribution is “Flagolet,” an overdubbed piece for bowed basses that grinds and twists its own sonic licorice. “Duet,” the first in a handful of the same, marries these two uncompromising talents in such intuitive ways you’d swear they were separated at birth. Moore’s resonant bassing swims, keens, and prophesies at horsehair’s touch. Like a pinwheel tickled by the fringe of an incoming storm, his energies flourish in a whirl of colors. “Country” finds the bassist leaving deep pizzicato footprints along Karush’s sandy trail. The bluesy serration of this emerging path arcs beautifully into the late-night atmosphere of “Abstinence.” This masterful exchange of air and water finds likeminded release in “Triads,” which concludes with pointillist reflections at the keyboard from behind a David Darling-like gauze. The session’s crowning jewel, however, is “Violin Suite,” which places a smaller bow in Moore’s hands. Its flip-flopping of scratching and melodic itching makes for a sparkling field of contrast that pairs well with the Pifarély/Couturier vintage of Poros. Sitting at a cerebral interstice between categories, Karush and Moore cover their cardinal bases and then some, leaving us in the end with one of the most wondrous JAPO sessions, period.
96 kHz / 24-bit PCM – ECM Records Studio Masters